The incident follows another episode of family violence in 2002, in which Fortune’s 4-year-old son suffered burns over 40 percent of his body. At the time, the gospel singer was sentenced to six years of probation for what he said was an attempt to discipline the child by pouring hot water over him.

Fortune, 37, who used to host “The James Fortune Show” on gospel radio stations across the country, accepted a plea deal Tuesday (March 8) to a third-degree felony charge of assault, reported KTRK-13, an ABC affiliate in Houston.

According to investigators, Fortune threw his wife against a wall, struck her with a wooden vanity stool and kicked her one evening in October 2014 in their Stafford, Texas, home.

A district judge sentenced him to five years of probation and five days in jail. He has been ordered to stay away from his wife, complete a “batterer’s intervention program” and perform 175 hours of community service.

His wife wrote a victim impact statement that was read in court by a prosecutor.

“I hope in all of this you get help. Serious help,” she wrote. “Although this probation might be like a slap on the wrist, I hope you look at it as a moment to better yourself and change something within you for your future.”

Fortune made no comment as he left court, but his mother told KTRK he was not guilty, without elaborating on her claim.

Fortune recorded such contemporary gospel songs as “Live Through It” and “I Believe” with the vocal ensemble FIYA (which stands for Free in Yahweh’s Abundance). 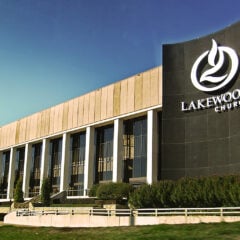 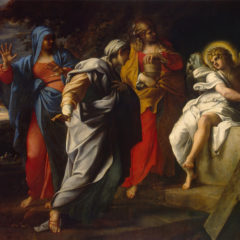 Opinion
After a Holy Week disrupted by death, an honest Easter Opinion
Is Kanye West even allowed to talk about Jesus?
Follow us on Facebook!
Submit your photos to RNS