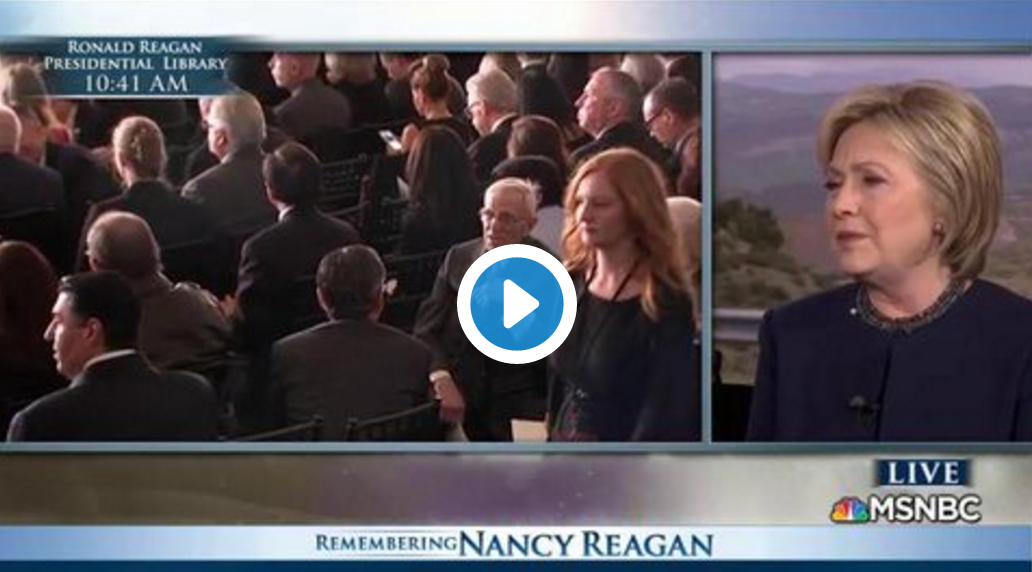 Update: Hillary Clinton has issued an apology for misspeaking about the Reagan's efforts on HIV/AIDS.

In an interview with MSNBC, Hillary Clinton praised the recently-deceased Nancy Reagan for starting "a nation conversation" about HIV/AIDS. You can watch the video here:

Here's the quote from Clinton:

"It may be hard for your viewers to remember how difficult it was for people to talk about HIV/AIDS in the 1980s, and because of both President and Mrs. Reagan, in particular Mrs. Reagan, we started a national conversation when before nobody would talk about it, nobody wanted to do anything about it, and that, too, is something that I really appreciate with her very effective low-key advocacy but it penetrated the public conscience and people began to say, hey, we have to do something about this, too."

Well! If you are surprised at this, you are not alone. Hillary Clinton has been accused of kowtowing to the political machinations that would gain her ground with political moderates, and that is the best-case scenario in this situation--the worst being that she actually believes it. I don't even know what "low-key advocacy" means, to be honest, other than the fact that it's a useful qualifier for Mrs. Reagan's lack of action on one of the most pressing health crises of her day.

Ronald Reagan was in office for five years before he even uttered the word "AIDS." Activists like Paul Boneberg tried to get the President to address the devastation being wrought by this disease on the American public, but Reagan wouldn't budge in a move that largely looked like reticence to be associated with anything related to homosexuality. In 1985, House Representative Henry Waxman said, "It is surprising that the president could remain silent as 6,000 Americans died, that he could fail to acknowledge the epidemic's existence. Perhaps his staff felt he had to, since many of his New Right supporters have raised money by campaigning against homosexuals." 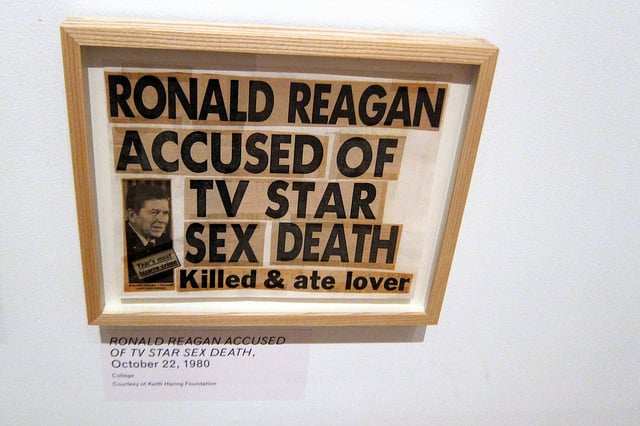 Nancy Reagan, like her husband, remained very quiet about HIV/AIDS in America. She denied actor Rock Hudson's request for help in securing a spot at a French military hospital where he could have had access to life-saving treatments. He died shortly thereafter.

There was one person in the Reagan administration who could have made a difference--an evangelical Christian who will long be remembered for his contribution to the fight against HIV/AIDS. C. Everett Koop was appointed to the role of surgeon general by Ronald Reagan and wrote 17 drafts of a report meant to help President Reagan take action on the HIV epidemic. Koop called for early sex education for students, promoted the distribution of condoms, and wrote a pamphlet called "Understanding AIDS" that was sent to all 107 million households in the US in 1988.

Koop, who passed away in 2013, eventually realized "that the Reagan administration had been slow to address the disease because the election had brought to power people who were antithetical to homosexuals, then thought to be its only victims."

In other words, the Reagans kept largely silent on one of the worst scourges of their day because they didn't want to anger their donors, and their donors were the kinds of people who thought gay people deserved to die because their sins were so egregious. The only person who acted like a Christian in this whole scenario was the quietly active, evangelical Koops. Would that his voice of reason could prevail today, in an increasingly inane political cycle that looks more like an episode of The Twilight Zone than Bedtime for Bonzo.