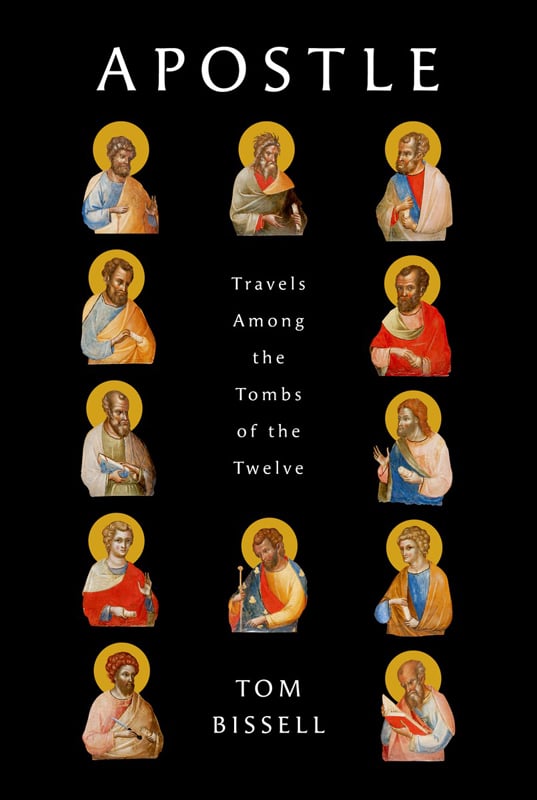 "Apostle: Travels Among the Tombs of the Twelve" by Tom Bissell was released on March 1, 2016 by Pantheon Books. Photo courtesy of Pantheon Books
March 25, 2016
Emily McFarlan Miller

(RNS) Tom Bissell says he doesn't know many non-Christians who enjoy reading the Bible as much as he does.

A journalist and fiction writer, Bissell enjoys it enough to spend three years studying the stories of the Twelve Apostles and traveling around the world, from Jerusalem to Kyrgyzstan, to find their tombs. Now he's written a book about it: "Apostle: Travels Among the Tombs of the Twelve."

The author shared with RNS what he learned about the "lunkheaded and cowardly" crew Jesus first called to follow him and, later, to go and make disciples of all nations.

"I don’t think there's ever a case where God himself picks 12 people who turn out to be so disappointing, and I find that really one of the most fascinating aspects of apostolic lore," Bissell said.

RELATED: The ‘Splainer: Was the Last Supper a Passover seder? 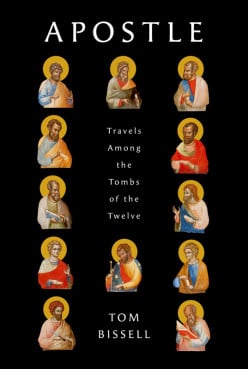 "Apostle: Travels Among the Tombs of the Twelve" by Tom Bissell was released on March 1, 2016 by Pantheon Books. Photo courtesy of Pantheon Books

Q: You write at the start of the book, “I have long believed that anyone who does not find Christianity interesting has only his or her unfamiliarity with the topic to blame. I think, in some ways, I wrote this book to put that belief to the test.” Did it pass the test?

A: It did. I think the way Christian tradition gets taught to us as children doesn't really do anyone any favors. The average Christian thinks of the apostles as these people who, the minute Jesus ascended, looked at each other and said, "Let's go start Christianity! You go here, and I’ll go there," and they all marched off and founded Christian churches all over the world.

Of course, the real story is much more complicated and much more interesting.

Q: What made them so compelling and interesting to you?

A: In my 20s, I got the crazy idea to write a novel about the Apostle John. While I was working on that book, I read that John's tomb in Selcuk, Turkey, is the only one that is empty. His remains went missing at some point in medieval times, and I thought, "Well, that's interesting." Then I joined the Peace Corps in Uzbekistan, and I read some Russian archaeologist in next-door Kyrgyzstan had discovered the supposed reliquary of Matthew, and I thought, "Gosh, that’s interesting, too." Then one day in 2006, I was thinking, "What travel book should I write next?" And the thought popped into my head: An apostolic travel book.

RELATED: The Judas in each of us (COMMENTARY)

Q: You start with Judas, who seems appropriate to talk about during Holy Week. You note the way Christians have thought about Judas has changed over the years. How?

A: Judas is a perfect window into Christian understanding of salvation. I write about Origen who came up with the idea of "universal reconciliation," which held that all people will be redeemed in Christ eventually -- even Judas. Of course, that changes as Christian theology develops. By the time Augustine is writing a couple hundred years later, Judas is the father of all evil.

And then in the last 100 years or so, you see a much different Judas take shape. Nikos Kazantzakis’ novel "The Last Temptation of Christ," in which Judas is the hero of the book, presents us finally with the Judas I think we as people today are most comfortable with -- Judas acting out of misplaced dedication to the cause of running the Romans out of Palestine.

We search for motives for Judas because he's such a complicated figure and what he does is so theologically complicated. If Christ knows that Judas is going to betray him, is it really a betrayal? I've never really come up with a good answer to that.

Q: Was there an apostle you particularly resonated with or were surprised by?

A: The story in the Gospel according to John about Thomas' doubt is super fascinating. Just think about that: He refuses to believe even though all his friends claim they’ve seen Jesus. In fact, he won't believe until he's put his fingers in the holes of his master's hands, and then his master shows up: "Here I am! Touch the holes." Despite him wanting proof of touching Jesus' wounds, he doesn’t do it when he gives him the opportunity, and I find that really interesting.

His name means "twin," and "twin" and "doubt" have an etymological relationship in a lot of languages -- including Greek, including English. "Doubt" and "double" belong to the same cognate. This apostle named "Twin" because of the etymological idea of doubt is also the apostle who doubts Jesus. 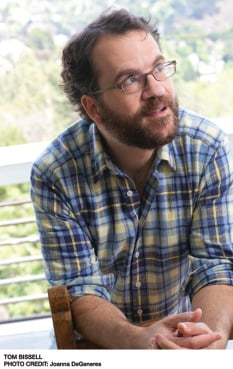 Tom Bissell is the author of "Apostle: Travels Among the Tombs of the Twelve," released on March 1, 2016 by Pantheon Books. Photo by Joanna DeGeneres

Q: What did you learn about the apostles by going to the tombs and meeting the pilgrims and people there?

I call these apostolic sites "rationality cease-fire zones." Most of the apostles have more than one resting place. That fact alone leads me to believe that in almost every case these bones do not belong to Galilean followers of Jesus. It kind of reaffirmed my sense that a huge part of what drove Christian relic collecting and relic honoring was, for lack of a better word, tourism.

The one tomb where I really felt a gust of almost holiness was Peter's tomb under the Vatican, and that may be my residual Catholicism.

Q: You seemed particularly disappointed by your experience walking the 500-mile pilgrimage route to the Santiago de Compostela, the burial place of the Apostle James in Spain. But was your experience as a whole writing this book transformative?

A: When I started this book, it was filled with a lot of angry invective against biblical literalists. Once I let go of that angry atheist jet fuel that I had in my tank, (I had a) sense of wonder and sense of appreciation for Christian storytelling and its ability to affect even people of no particular faith like myself and to lay the groundwork for basically our entire civilization's foundational story.

Without becoming a Christian, which I don’t think I'm capable of becoming at this point, I feel like there's a hugely rich middle ground for people to appreciate these texts as basically the central stories to our entire way of thinking about things and learning to love them as complicated and weird and hard to understand. I wish we could all come to a place of better empathy and understanding for each other, believer and nonbeliever alike.