The tragedy in Lahore, Pakistan this weekend showed us (again) the danger many face as they seek to practice their religion. It brought to mind two Pakistani Christians who taught me the joy that comes when one can worship in peace. Each summer, my department hosts a group of international students for a summer program on American politics and society. It’s a part of a State Department summer educational program held at universities around the country. There are lectures and talks. Students go to Chicago, St. Louis, Washington, and our state capital. They attend concerts and other cultural events.

And some go to church.

About ten years the program brought together students from Pakistan. My task was to give a lecture on religion and politics in America (here’s what I teach). This wasn’t going to be easy. The students were smart, but religion in the United States is starkly different that found in Pakistan. According to the 2012 World Values Survey, in Pakistan

Pakistan was created for Muslims, it was not originally an Islamic state. Over time, however, it has changed its constitution so that its laws must fall in line with Islamic teaching. This includes blasphemy laws that targets religious minorities (including Christians and Ahmadi) and encourages vigilantism.

My talk went well enough. There were the usual questions about whether the United States was a Christian nation, whether America encourages religion, and whether a cadre of Jewish bankers control our policies toward Israel (seriously—this is a claim I too often need to debunk). The real lesson on religion came on Sunday. 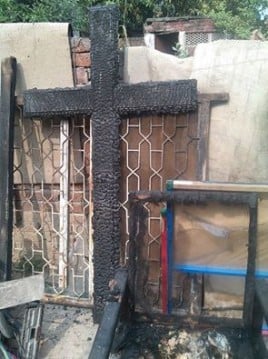 One of the Christian students asked a graduate student coordinator if she could have a ride to mass. The coordinator was happy to take her to church. Even though the coordinator was a less-than-practicing Catholic, she agreed to pick up the student and go with her to mass.

As they were walking into the building, they ran into the other Christian Pakistani student who was just leaving the earlier mass. He had woken up early and walked the couple of miles from the dorms to the church.

He was overjoyed. Rather than go back or get a ride, he eagerly turned around and went in for a second mass. He was so excited to be able to go to church in an open, public way with scores of other faithful Catholics who worshiped without fear. Mass wasn’t a duty. It was an event to be celebrated.

It is a privilege that we can take religious freedom for granted. Earlier this week, the U.S. Supreme Court heard arguments on a religious freedom case involving, at its core, whether requiring a nonprofit to fill out a form on health insurance coverage amounted to undue burden on their religion. In Pakistan, religious freedom doesn’t even include freedom from death and harassment.

We have the right to life, liberty, and the pursuit of happiness. The freedom of religion gives us all three, even when we don’t appreciate it.