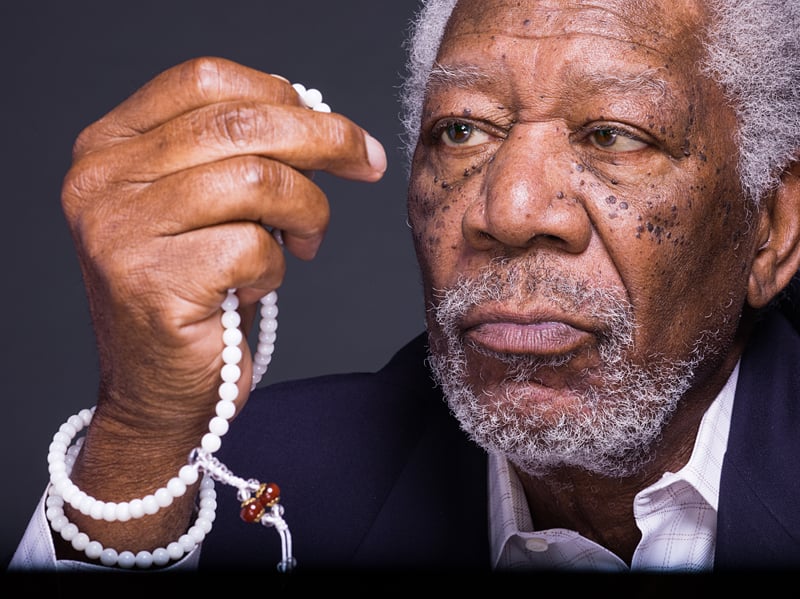 CHICAGO (RNS) It all started about seven years ago when actor Morgan Freeman visited the Hagia Sophia in Istanbul.

Noticing the mosaics of Jesus inside the museum, Freeman asked his tour guide, who was Muslim, if the tiles had been covered over when the building, originally a Greek Orthodox church, was used as a mosque.

No, the guide said, because Muslims view Jesus as a prophet.

Freeman never had heard that. And if the actor — who has said he is fascinated by God and even has played the deity in the movies “Bruce Almighty” and “Evan Almighty” ­­–  was unaware, how many others were, too? What else didn’t he know?

Those and a few other questions — “Who is God?” and “Where do we come from?” — led him on a personal journey to 20 cities in seven countries around the world. They’re questions Freeman explores as host of the six-part television series “The Story of God,” premiering at 9 p.m. Eastern on Sunday (April 3) on the National Geographic Channel.

“In some places I found answers, and others led to more questions,” Freeman said in a statement from the National Geographic Channel.

“The constant through it all is that we’re all looking to be part of something bigger than us. If there’s one thing I’ve learned it’s that we are.” 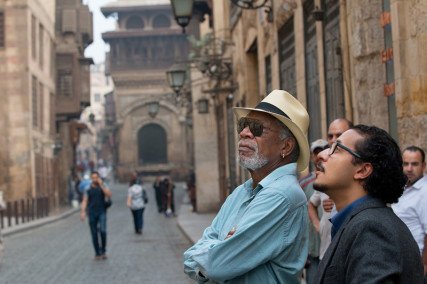 Each episode of “The Story of God” explores a different question, and Sunday’s premiere starts with one of the biggest: “Where do we go after we die?”

“Beyond Death” took Freeman to the pyramids in Egypt, to Day of the Dead celebrations in Mexico and to a spot on the Ganges River in India where Hindus believe they can die and be cremated and end the cycle of reincarnation.

Another episode, “Apocalypse,” asks why people draw comfort from the idea of an end of days ­– and it brought Freeman to a science lab in Chicago, where the episode screened Wednesday (March 29).

Afterward, a panel of faith leaders from Muslim, Jewish, Buddhist, Hindu and Christian traditions discussed their religions’ apocalyptic beliefs and the episode’s approach.

Azam Nizamuddin, co-chair of the Interfaith Committee at the Council of Islamic Organizations of Greater Chicago, expressed disappointment the show focused on the so-called Islamic State rather than on centuries of Islamic theology. And Rabbi Frederick Reeves of KAM Isaiah Israel in Chicago said the Jewish beliefs shared in the episode didn’t represent “the Jews who live down the street from you.”

Bishop Wayne Miller of the Evangelical Lutheran Church in America pointed out that not only is there a great diversity of beliefs among world religions, but also within each religion.

“I’ve always found that one of the great values of a piece like this is not that it answers all the questions but that it invites us to open the questions and continue the conversation,” Miller said. Morgan Freeman in a scene from “The Story of God.” Photo courtesy of National Geographic Channels/Matthew Paul Turner

James Younger, who produced the series with Freeman and Lori McCreary, said “The Story of God” isn’t meant to be a theological treatise, but a reflection of Freeman’s “personal journey” and a response to “this apparent discord and disconnect between different faith traditions around the world and even within the U.S.”

That includes atheists and agnostics, as well — both people of faith and no faith are asking these big questions, the producer said.

“We have a lot more in common than we think we do,” he said.