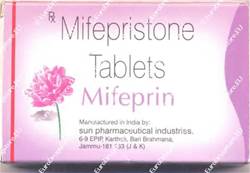 By allowing as how women who procure abortions in a country that bans them ought to receive some punishment, Donald Trump proved once again the validity of Michael Kinsley’s definition of a gaffe: “when a politician tells the truth — some obvious truth he isn’t supposed to say.”

The obvious truth in this case has to do with the pro-life position that abortion is murder. For if that’s the case, how can a woman who voluntarily obtains one not incur some criminal liability?

Let us note at this point that, having touched the third rail of Republican politics (even unto upsetting Ann Coulter), Donald the Tough jumped back like a debutante who’s seen a mouse. No no, he said, serving up the pro-life boilerplate, if abortion is banned, “the doctor or any other person performing this illegal act upon a woman would be held legally responsible, not the woman. The woman is a victim in this case as is the life in her womb.”

So who’s legally responsible when a woman self-aborts by taking one of those abortion pills that the FDA just made it easier to obtain? Or should we also absolve of legal responsibility the woman who kills her baby after a live birth?

The reason why Marjorie Dannenfelser of the Susan B. Anthony List, Jeanne Mancini of the March for Life, et al. were so distressed by Trump’s remark is that they know that it would be death for the pro-life movement if they advocated even the slightest punishment for a woman who chooses, for whatever reason, to terminate her pregnancy — or, as they would have it, to murder the unborn person in her womb.

If you think abortion is murder, it’s a lie to pretend that every woman who gets one is an innocent victim. In his naiveté, Donald Trump failed to pretend. He told the truth.