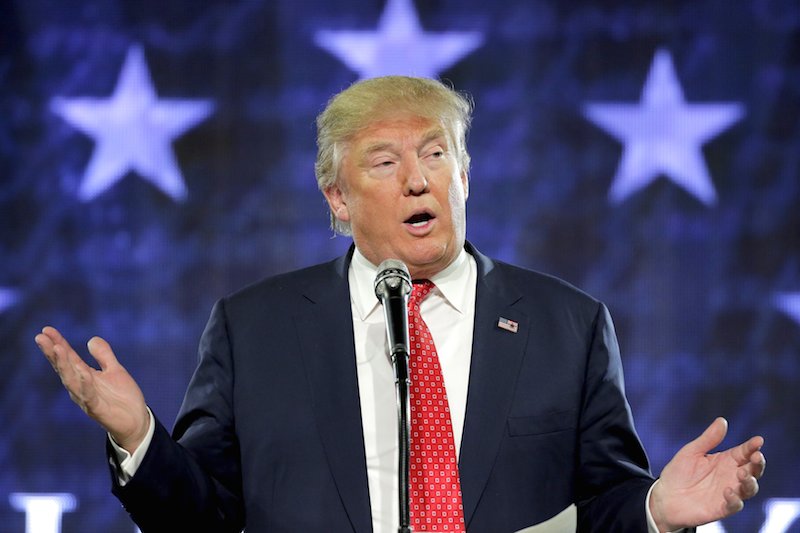 Donald Trump sparked outrage across the ideological spectrum with a call to punish women who obtain abortions if the procedure is banned.

Later, however, Trump clarified his position, saying in a campaign statement that, if abortion is banned, “the doctor or any other person performing this illegal act upon a woman would be held legally responsible, not the woman. The woman is a victim in this case as is the life in her womb.”

The controversy began during a taping of a town hall that aired on MSNBC.

In the the interview, host Chris Matthews pressed Trump on his abortion views.

“I am pro-life, yes,” Trump said after a back-and-forth with Matthews.

Trump continued:  “Well, you go back to a position like they had where people would perhaps go to illegal places but you have to ban it.”

Matthews then asked Trump, the Republican front-runner, whether a punishment should accompany any outlawing of abortion in the U.S.

“The answer is that there has to be some form of punishment,” Trump said.

“For the woman?” Matthews asked.

“Yeah,” said Trump, who clarified that any punishment would have to be determined.

READ: Utah to require anesthesia for abortions at 20 weeks of pregnancy

“Once again Donald Trump has demonstrated that he hasn’t seriously thought through the issues, and he’ll say anything just to get attention,” said Texas Sen. Ted Cruz, who opposes abortion rights.

“Of course we shouldn’t be talking about punishing women; we should affirm their dignity and the incredible gift they have to bring life into the world,” Cruz said.

“Probably Donald Trump will figure out a way to say he didn’t say it, or he was misquoted, or whatever,” Kasich, one of Trump’s GOP rivals, told MSNBC. “I don’t think that’s an appropriate response. It’s a difficult enough situation than to try to punish somebody.”

Marjorie Dannenfelser, president of the Susan B. Anthony List, said in a statement that “We have never advocated, in any context, for the punishment of women who undergo abortion.”

Jeanne Mancini, president of the March for Life Education and Defense Fund, also denounced Trump’s comments, saying, “No pro-lifer would ever want to punish a woman who has chosen abortion.”

Just when you thought it couldn't get worse. Horrific and telling. -H https://t.co/Qi8TutsOw9