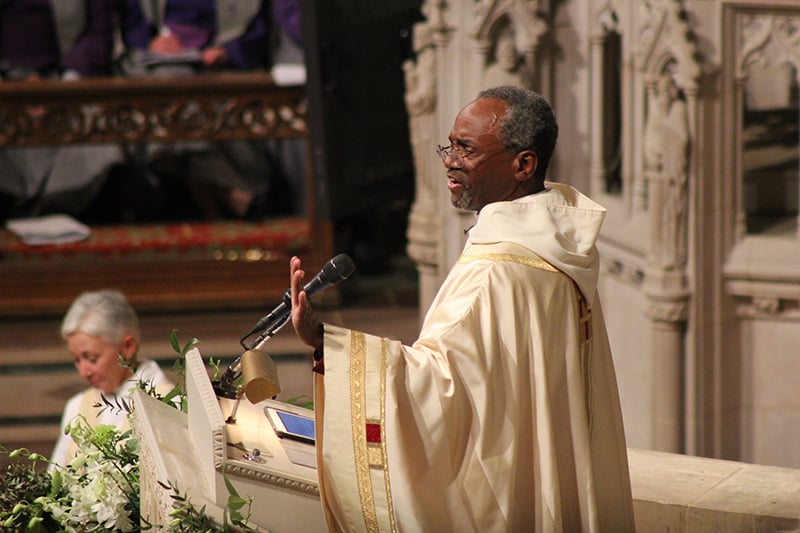 (RNS) Episcopal Church presiding bishop Michael Curry has fired two top executives for failing “to live up to the church’s standards of personal conduct in their relationships with employees.”

Curry announced both men were found to have violated the church’s workplace policies, according to a staff update released by the church Monday afternoon (April 4).

The exact complaints against the men have not been made public. The church release said investigators from the employment law office of Curley, Hessinger & Johnsrud, “met with or had phone conversations with over 40 different persons, including the three individuals named in the complaints, and reviewed thousands of pages of documents.”

A third executive, Bishop Stacy Sauls, the chief operating officer who was also suspended in December, was cleared of the complaints, and found to be unaware of McDonald and Baumgarten’s “policy violations," the church statement said.

Still, Curry, who became presiding bishop Nov. 1 and called this “the first major challenge” of his tenure, said Sauls will not continue as COO and “conversations are underway” to implement a move.

“We have healing to do,” Curry said. “Trust must be rebuilt. Unhelpful patterns of behavior need to be replaced with new ways of working together.”

He has ordered an independent human resources audit to be followed by “substantive retraining” for all employees. To that end, Curry said, he’s hired specialists to address “the culture of the staff” and move toward “healthier cultural patterns.”