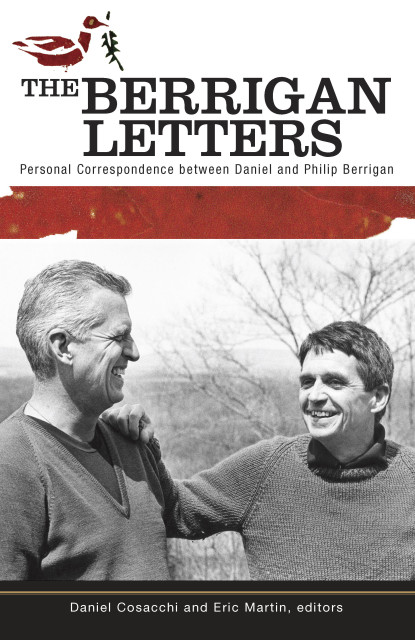 Editors Daniel Cosacchi and Eric Martin introduce the letters in chronological order, situating them in both the lives of the brothers and the turbulent history of America in the second half of the twentieth century. In their selection and editing, the letters illuminate a gradual evolution to the Berrigan brothers’ activism; the planning and reflection on the various acts of civil disobedience, and the outcome and consequences of those actions--particularly long prison confinements. The letters also reveal the tensions and conflict between the brothers, and among those they worked with in communities; their relationship to the Roman Catholic church and authorities; and their concern with ultimate things, particularly in Daniel’s most recent work with AIDS patients in New York City and Philip’s final illness after years of prison.

The Berrigan Letters offers a unique perspective on an era and on two brothers who dedicated their minds and hearts to a struggle driven by discipleship and devotion to one another. It is a testament to the power of unbending faith in the face of great adversity.