(RNS) On Friday evening, Jews around the world will gather in their homes for the seder, the ritual meal marking the beginning of the weeklong celebration of Passover, the holiday that commemorates the emancipation of Israelite slaves from Egyptian bondage more than 3,000 years ago.

The biblical account of that exodus from bondage to freedom begins with history’s first recorded demand for religious liberty. Moses, speaking in the name of the Lord, demands of Pharaoh, “Let my people go so they might celebrate a festival for me in the wilderness.” Pharaoh’s reply, in turn, set the pattern for all later deniers of religious freedom: “I do not know the Lord, and I will not let Israel go” (Exodus 5:1-2).

This dramatic confrontation and the ensuing triumph of freedom over slavery have made the Passover story a source of hope and inspiration for many other oppressed religious minorities over the centuries. Sadly, violent religious persecution persists today in many parts of the world, forcing Christians and other minorities to choose between flight and coerced conversion, or even death.

The group that calls itself the Islamic State, also known as ISIS or Daesh, has conquered large swaths of territory in Syria and Iraq. In the areas under its control, it has banned all other religious expressions, expelling or forcibly converting non-Muslims such as Yazidis and Christians, as well as Shiite Muslims, and destroying many of their religious sites. Its fighters rape women and make them into sex slaves.

The Islamic State has established a menacing presence in Libya as well. There, the group terrorizes Christians — most of them Egyptian Copts — destroying churches and abducting or slaughtering innocent people on the trumped-up charge they were seeking to proselytize Muslims.

U.S. Secretary of State John Kerry declared last month that “Daesh is genocidal by self-proclamation, by ideology and by actions — in what it says, what it believes and what it does” against religious minorities in the Middle East. The Islamic State’s “entire worldview is based on eliminating those who do not subscribe to its perverse ideology.”

Boko Haram — an ISIS ally — proclaims the goal of establishing an Islamic state in Nigeria. It has killed about 7,500 Christians over the last two years and enslaved hundreds of young girls.

In Pakistan, religious minorities face danger on two fronts — from Islamist gangs and from the government. On Easter Sunday, four men identified with the Taliban attacked a park in Lahore where Christians had gathered, killing more than 70 and injuring many others. Meanwhile, Pakistani authorities discriminate against the 4 million Ahmadiyya Muslims in the country, refusing to recognize them as Muslims and criminalizing the practice of their faith.

Iran is extremely hostile to members of faiths other than Shiite Islam. Participation in the Baha’i faith is outlawed; seven of its leaders and scores of its followers are serving indefinite prison terms. Baha’is suffer from employment discrimination and can have their property confiscated. Iran’s small Christian minority and even Sufi Muslims also live under severe restrictions and are subject to arbitrary detention.

As Jewish families sit down to the seder and raise their voices in recitation of the ancient Jewish liberation story, they should remember that Jews and many others today struggle to maintain their faith under oppressive conditions.

Saudi Arabia, whose rulers espouse the extreme Wahhabi sect of Sunni Islam, puts severe restrictions on non-Muslims living in the country and represses the practice of Shiite Islam. In 2014, the government defined any criticism of the country’s official interpretation of Islam as “terrorism,” placing anyone who expresses unpopular religious views in danger of imprisonment, lashings and even execution.

In Europe, Islamist religious violence has taken a different form — the targeted killing of Jews as a precursor to indiscriminate attacks on the population as a whole. Thus the killings of 35 at the Brussels airport and metro in March was preceded by the murder of four people at the city’s Jewish Museum of Belgium in 2014, and the toll of 135 dead in the Paris terror attacks last November came less than a year after four Jews were killed while shopping for Shabbat at a kosher store in the city.

There have been an alarming number of other attacks on Jews in European cities, synagogues and other Jewish institutions have been placed under heavy guard, and the number of Jews who have decided on, or are considering, emigration is rising. 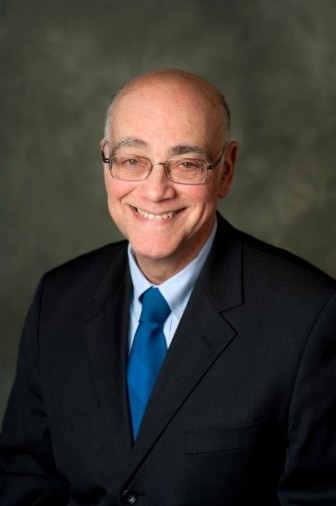 While pharaohs may not exist in 2016, disdain for the rights and even the physical safety of minority religions has not abated. In fact, today many are more endangered than ever.

As Jewish families sit down to the seder and raise their voices in recitation of the ancient Jewish liberation story, they should remember that Jews and many others today struggle to maintain their faith under oppressive conditions, and that it is our responsibility to help them, “For you know the soul of the stranger, for you were strangers in the land of Egypt” (Exodus 23:9).

(Lawrence Grossman is the American Jewish Committee’s director of publications)

News
Trump, confirmed a Presbyterian, now identifies as ‘non-denominational Christian’
News
How Amy Coney Barrett could change the Supreme Court’s balance on religious liberty
Opinion
Amy Coney Barrett’s religion isn’t the problem. It’s her record.
News
Court rules DC church can hold outdoor services for now
News
Pompeo, on impromptu visit to Rome, warns Vatican on China deal
© Copyright 2020, Religion News Service. All rights reserved. Use of and/or registration on any portion of this site constitutes acceptance of our User Agreement and Privacy Policy, Privacy Statement and Cookie Notice. The material on this site may not be reproduced, distributed, transmitted, cached or otherwise used, except with the prior written permission of Religion News Service.