(RNS) A new residential college at Yale University has been named for an Episcopal saint who was the first African-American woman to be ordained an Episcopal priest.

Anna Pauline Murray, known as “Pauli,” was also a civil rights activist who helped shape the legal argument for the Brown v. Board of Education Supreme Court ruling and a women’s rights activist who co-founded the National Organization for Women. She received an advanced law degree from Yale in 1965 and an honorary doctorate in divinity from the university in 1979.

“Pauli Murray represents the best of Yale: a preeminent intellectual inspired to lead and prepared to serve her community and her country,” Yale President Peter Salovey wrote in an email to alumni Wednesday (April 27).

Yale’s residential college system, modeled after the organization of England’s great universities, has never before included a college named for a woman or a person of color.

Murray was ordained a priest in 1977 at the age of 66 and celebrated her first Holy Eucharist at the same Chapel Hill, N.C., parish where her grandmother, a slave, had been baptized. The denomination honors Murray every July 1.

Episcopal saints are more like role models. Unlike Roman Catholics, Episcopalians do not typically pray to saints to intercede in human events, nor does a case have to be made that a candidate for sainthood performed miracles.

The Episcopal Church first ordained women in 1974, two years before its General Convention affirmed the practice. 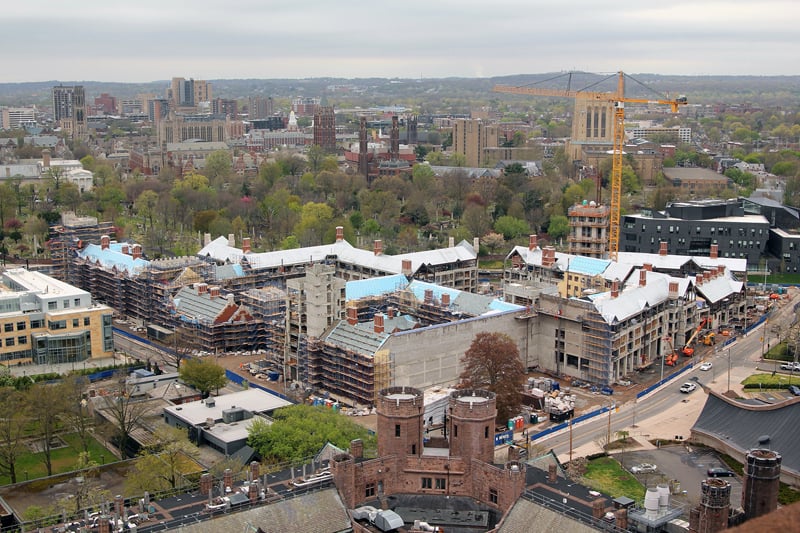 Construction site of the new residential colleges at Yale. Photo courtesy of Yale

The university also announced Wednesday that a second residential college under construction will be named for Founding Father Benjamin Franklin, a choice some students criticized given that Franklin, though an abolitionist later in life, had owned slaves.

The campus, like many around the nation in recent years, has grappled publicly with issues of race and gender. A student group called “Next Yale” had called for both new colleges — the first constructed in more than 50 years — to be named for a nonwhite person.

With Pauli Murray College and Benjamin Franklin College, Yale will have 14 residential colleges.

While reaction to Franklin on campus was mixed, the choice of Murray was widely acclaimed.

News
Taliban: Women can study in gender-segregated universities
Follow us on Facebook!
Submit your photos to RNS