Lewis will be presented with the Elie Wiesel Award at the museum on Wednesday (May 4). Chairman Tom A. Bernstein lauded Lewis in a statement as a leader of “extraordinary moral and physical courage” and “an inspiration to people of conscience the world over.”

The Wiesel Award was established in 2011 and named for its first honoree, a Nobel Peace Laureate and the museum’s founding chairman. The award is engraved with words from his Nobel Prize acceptance speech, “One person of integrity can make a difference.”

Lewis, the son of sharecroppers who became an ordained Baptist minister and has served in Congress for decades, endured arrests and beatings during his activist years. He was chairman of the Student Nonviolent Coordinating Committee in the 1960s and among the leaders of the Freedom Riders and the march to Selma across the Edmund Pettus Bridge on March 7, 1965, or “Bloody Sunday.”

On the 50th anniversary of the 1963 March on Washington, Lewis, the last living speaker of that historic event, told Religion News Service: “As a society and as a people we have come a great distance. Our country is a much better country and as a people, we are a much better people. We’re not there yet. We have not yet created the beloved community.”

RELATED STORY: Ben Carson, will you tour the Holocaust Museum with me?

About 900 people, including 60 Holocaust survivors, are expected to attend the museum’s National Tribute Dinner, held annually during the Days of Remembrance for the victims of the Holocaust. Throughout the week, the museum is also conducting a public reading of victims’ names. 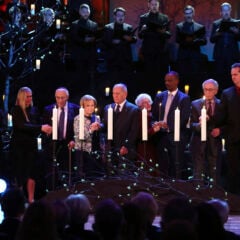 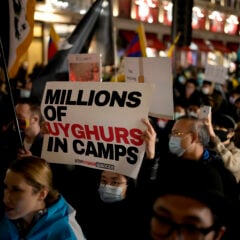 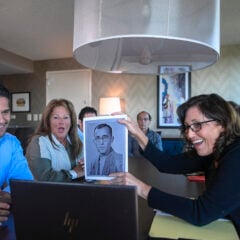 Religion Hub
A moving ‘reunion’ for descendants of Holocaust survivors

Martini Judaism
There are no opposing views of the Holocaust
Follow us on Facebook!
Submit your photos to RNS