BOSTON (RNS) A Gordon College philosophy professor is suing her employer for allegedly breaching her free speech rights and retaliating after she publicly criticized the Christian school for its policy of not hiring sexually active gays and lesbians.

Lauren Barthold’s suit, filed April 28 in Essex Superior Court, claims she lost a leadership role and was denied an opportunity to seek a promotion after she spoke with news media and published a letter to the editor of The Salem News, a local newspaper.

“As a direct result of Professor Barthold having publicly voiced her opposition to the discriminatory practices of Gordon, Gordon retaliated against her,” the suit alleges, “first by threatening to terminate her, and later disciplining her by demoting her from her position as Director of the Gender Studies Minor.”

In her July 2014 letter to the editor, Barthold, who has academic tenure, called Gordon’s hiring policy “discriminatory” and urged sympathizers to help change it by bringing economic pressure to bear on the school. According to the suit, Gordon College President Michael Lindsay and the Board of Trustees confronted her and disciplinary measures followed. 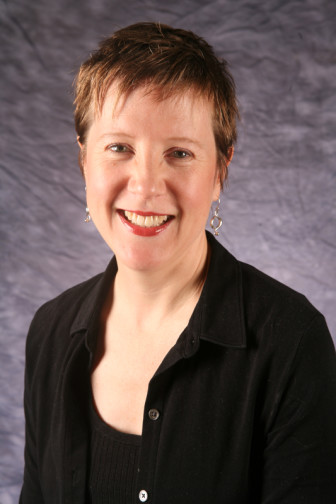 Lauren Barthold, a Gordon College philosophy professor, is suing her employer for allegedly breaching her free speech rights and retaliating after she publicly criticized the Christian school for its policy of not hiring sexually active gays and lesbians. Photo courtesy of Gordon College

Gordon’s long-standing policy became controversial in July 2014 after Lindsay signed on to a national push from religious colleges to seek exemption from a rule governing the hiring practices of federal contractors. The rule requires recipients of federal funds to consider gay and lesbian job applicants without taking sexual behavior into account.

Last week, the U.S. House of Representatives Armed Services Committee added an amendment to a military bill that would allow religiously affiliated institutions that contract with the government to fire or refuse to hire people because of their sexual orientation and gender identity.

A Gordon College statement on the suit says other Gordon employees have critiqued the school’s policy on sexuality without being disciplined, but Barthold harmed the school by going public “at a time when Gordon was under media scrutiny.”

“She identified herself as a Gordon employee and expressed her strong disagreements with the College in a harmful way,” the statement reads. “The faculty member’s statements were found to be detrimental to the College and not appropriate in her role as a faculty member.”

Barthold is represented by the American Civil Liberties Union of Massachusetts, which claims the case is about academic freedom and employees’ rights to speak up when they witness discrimination, including in religious college settings.

(G. Jeffrey MacDonald is an RNS correspondent based in Boston) 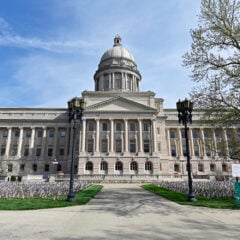