On Thursday (May 12), the New York Times reported that the Obama administration would issue a decree directing every public school in the nation to allow bathroom access on the basis of self-identity, not biological sex. I’m quite aware of the White House’s place in our culture wars, and even I am surprised. If anyone had suggested in 2009 that the new president’s administration would seek to target children’s bathrooms for the sake of transgender ideology, the White house would have ridiculed it as a crazy conspiracy theory.

So, for those suggesting that state legislatures seeking to define such questions were working on “solutions without a problem,” well, here’s your problem. So why is this important, and what should the church do? 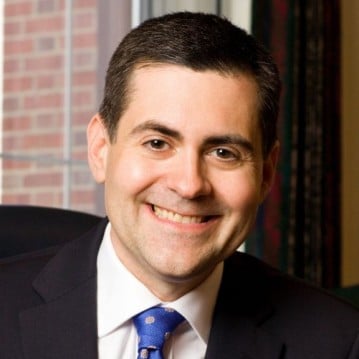 Russell Moore is president of The Ethics and Religious Liberty Commission, the public policy arm of the Southern Baptist Convention.

First of all, we should recognize what’s really happening here, and it’s much bigger than the symbol of the bathrooms. The Department of Education’s actions here mean that “gender” itself in terms of admission for all colleges accepting federal funds is ultimately a matter of identification, not biological sex.

The state here wishes to use its coercive power not simply to stop mistreatment of people but to rescript the most basic human intuitions about humanity as male and female. How, after all, does one win a culture war against one of the most basic facts of science and life: that there are two sexes? One does so by withholding the funds and recognition necessary to operate in public space, unless institutions get in line. Children, then, become pawns of the state for the state to teach what is ultimately a theological lesson, not a scientific one.

There are good reasons to put boys and girls in different bathrooms and locker rooms and sometimes sports teams, reasons that don’t impugn the dignity of people but uphold it. Sex-differentiated bathrooms and sports teams and dormitories for men and women aren’t the equivalent of, say, a terrorist Jim Crow state unnaturally forcing people apart based on a fiction, useful to the powerful, that skin color is about superiority and inferiority. Every human being knows that there are important, and necessary, differences between men and women. Without such recognition, women are harmed and men are coarsened.

Moreover, the move here toward severing self-identity from biological reality will hardly stop at “gender.” If anything, there’s much more of a case to be made that one can feel to be a different age than one’s doctor’s exam or birth certificate would show. That’s relatively indifferent if all that this means is “You’re only as old as you feel” or “I’m a millennial trapped in a Generation X body.” It’s something else entirely if chronological self-identity is mandated for military service or the drinking age or the age of consent. People and neighborhoods and nations and cultures cannot live this way.

In the meantime, what should the church do?

First, we must bear witness to the goodness of what it means to live as creatures, not as self-defining gods and goddesses. God created us as human, and within humanity as male and female (Genesis 1:27). We are all sinners, so we chafe against having ourselves defined by a Creator, and not by ourselves or our ideologies. Our nakedness shames us, because our physical difference reminds us that we are not self-contained. Man needs woman, and woman needs man. I really do not contain multitudes. My maleness and your femaleness aren’t about us at all. They fit us within a much larger stream — of a species by nature and of a communion by grace.

The church must teach God’s good creation design of male and female, yes. But, beyond that, the church should teach a Christian anthropology that shows us that living within creation limits is never easy for anyone. We are all seeking to transcend our limits in various ways. The way of discipleship is to settle on the fact that we serve a God who knows more about humanity, and more about us personally, than we know about ourselves.

We should recognize that unbiblical caricatures of masculinity and femininity were always harmful, but now are potentially deadly. The little girl in your church who doesn’t like princess movies or dolls, and who would rather spend a Saturday in the deer stand, increasingly now is told by the culture around her that maybe she’s not a woman at all.

Only a church that defines its vision of masculinity and femininity from the Word of God, not from cultural tropes, can speak to her. If you don’t have a category for a rough-and-tumble woman, like Jael, or a harp-playing man, like David, your church is handing over your children to the gender ideologies of the moment.

The truth is that the male/female sex difference is objectively real. Biological science is built off of this reality. More importantly, the mystery of Christ tells us that the male/female binary points us beyond nature to the gospel itself (Ephesians 5). We must tell the truth about this. John the Baptist lost his head for saying that Herod could not have his brother’s wife. Some now will be targeted as culturally unacceptable because they tell Herod he can’t be his brother’s wife. That will take courage and compassion and, above all, it will take Christ.

(Russell Moore is president of the Ethics & Religious Liberty Commission of the Southern Baptist Convention. This column originally appeared at RussellMoore.com)