CANTERBURY, England (RNS) The Church of Scotland will launch a two-year investigation into the possibility of introducing online baptisms, Communion and other Christian sacraments.

Some 750 commissioners from congregations across Scotland and other parts of the world are scheduled to meet in Edinburgh May 21-27 for its annual General Assembly.

The church’s Legal Questions Committee, which is responsible for advising the General Assembly, the church’s lawmaking body, is pushing for “a wide-ranging review of practice and procedure which is impacted by the use of new technology in church life.”

It adds: “Now is the time to open up a wide range of discussion on these contemporary developments.”

Baptism, one of the key Christian sacraments, normally demands the physical presence of the person undergoing the rite.

Section 9.6 of the General Assembly’s Blue Book points out that there are no easy answers to some of the questions being asked, “but, in a world where the fastest growing communities are being fostered online, the committee believes that now is the time to open up a wide range discussion on these contemporary developments.”

David Robertson, moderator of the Free Church of Scotland, whose members broke from the Church of Scotland in 1843, said: “The notion of online baptism is as ridiculous as the nation of online weddings or online Communion. At best it is a cheap gimmick, at worst it comes across as yet another desperate attempt by a declining national church to shore up its numbers and justify its existence.”

(Trevor Grundy is an RNS correspondent based in England) 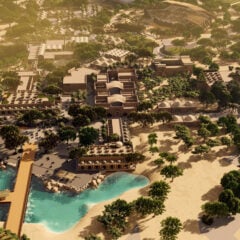 News
Presbyterian Church in America votes to leave National Association of Evangelicals
Follow us on Facebook!
Submit your photos to RNS