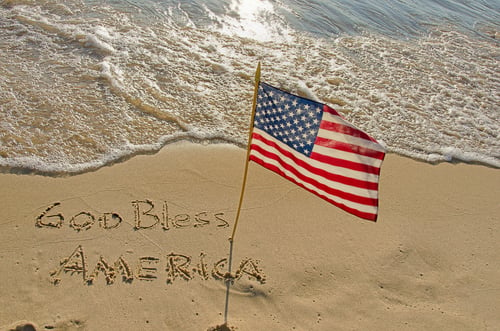 It's the July 4th weekend, when we celebrate American independence, watch baseball, fire up explosives, and eat a lot of grilled meat. I consider it the best time of the year for taking stock of how this country of ours is doing. It's also, conveniently, exactly one year since the dreadful 2016 presidential campaign got going.

Here are seven hard truths I think we've learned about America this year:

America is more divided than ever.

Our divisions are ideological, religious, moral, political, economic, regional, and more. We are at least two different countries -- a conservative, largely white, somewhat older, largely Christian country with a center of gravity in the South and Midwest and a progressive, multiracial, younger, increasingly secular and multifaith country with a  center of gravity on the coasts and in our big cities. These countries do not understand each other. Or like each other. At all.

American economic anxiety is profound, and millions are in crisis.

The rich and upper middle classes are doing quite well, while the middle class is shrinking and the lower middle and poor classes are struggling mightily. A notable decline of the white working class has rung the alarm bells this year as evidenced by all kinds of indicators, including rising rates of drug abuse and family breakdown, and even declining life expectancy.

American racism is alive and well.

Racism is the gift that keeps on giving. Anyone can be racially prejudiced, but American racism takes the particular pattern of people of European background ("white" people) exercising disproportionate social power, resenting any loss of such power, and sometimes having a very difficult time accepting the emerging reality of a multicultural, post-white-rule society in which we get places at the table, but not control of the whole table. This anxiety surfaces in a thousand different ways.

"We don't win anymore," says Donald Trump, in perhaps his most successful and pointed slogan. Yes, it does often feel that way. On foreign battlefields, we haven't had a clean, successful "win" in a very long time. Afghanistan and Iraq are still a mess, and terrorists are still finding ways to hit us and our friends whether here or abroad. It is dispiriting, and ripe for political exploitation -- and real, fresh leadership, with new vision.

One of the great strengths of our country has always been our political system itself, with its division of powers, checks and balances, and all those other brilliantly designed features we study in school. But at least at the national level that brilliantly designed system appears to be staggering. The Supreme Court has eight members because Republican senators won't give a hearing to President Obama's nominee. Very little legislation can get through Congress. The floor of the House became a protest site because Democrats were so frustrated at their powerlessness in getting gun legislation considered. Partisan divisions are now so profound as to make governing nearly impossible. Something's gotta give, soon.

America's conservative religious leadership has a less attractive moral vision than big businesses like Coke and Delta -- and they keep lining up on opposing sides.

The big-business sector has joined the progressive side of the culture wars, where it is gradually defeating conservative religionists. This is one of the year's most interesting developments, and has been most visible in relation to the backlash-legislation attempted mainly in southern states related to gay rights. Here in Georgia, a fascinating place to watch these developments, big businesses like Coke, Delta, the movie industry and the banking sector strongly opposed the overreaching religious liberty legislation that passed here. They clearly influenced Governor Deal's veto. It now seems that in any battle between Coke and Franklin Graham, between Delta and the Family Research Council, the corporate heavyweights will win.

The old Christian Right, despite everything, supports Donald Trump.

Not even the prospective nomination of Donald Trump can separate the reflexively Republican Christian Right leadership from their preferred party. There they go again, all the Ralph Reeds, Richard Lands, and James Dobsons, together with some especially egregious televangelists and others eager to get next to the latest GOP nominee. But the good news here is that evangelical support for this particularly problematic candidate is down significantly from the prior baseline. Christian moral discernment lives! Kudos to the Mormons, in particular, whose moral compass has proved especially sound this election year.

America: It's a great country, and a resilient one. Let's take good care of it. Okay?