(RNS) Noah Leavitt and Helen Kiyong Kim’s marriage is one of an increasing number of Jewish-Asian pairings in the U.S., a trend evident in many American synagogues. The two Whitman College professors have just released the first book-length study of Jewish-Asian couples and their offspring.

Though “JewAsian” is geared toward social scientists, the chapters in which they excerpt and analyze their interviews with 34 Jewish-Asian couples will interest any readers curious about intermarriage in general, and the evolving American-Jewish community in particular.

RNS asked Leavitt and Kim why Jews and Asians seem increasingly to fall for each other, why they so often opt for Judaism and how they are raising their own Jewish-Korean children. 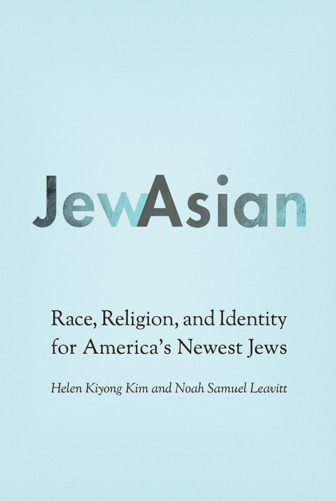 Q: Jewish-Asian marriages are on the rise. What did one of those marriages, between Facebook’s Mark Zuckerberg and Priscilla Chan in 2012, tell us about Jewish reaction to these couples?

A: Kim: The coverage ranged from apathy to intense dismissal of him because he married someone who is assumed not to be Jewish. It was an immediate dismissal without knowing who they are or what their intentions are with regard to incorporating Judaism into the marriage or family life. We weren’t surprised because that’s what the narrative on Jewish intermarriage has largely been about.

A: Leavitt: What we saw was a very high level of enthusiasm and acceptance from the non-Jewish partner or spouse for a Jewish household, usually created by both parents. That really surprised us, because most of what we hear about is a loss or diminishment of Jewish practice. What we found was the opposite, even when there weren’t two Jewish parents in the household. We had been anticipating a bit more of mixing of religions or syncretism.

Q: How do you square your findings with the big, quantitative studies of American Jews, which show that intermarriage generally leads to less Jewishness?

A: Kim: Large-scale quantitative studies are incredibly important. But they don’t really get at the nuances with regards to how individuals might think differently about what it means to be Jewish.

Q: Why do Asians and Jews marry each other?

A:Kim: Jews and Asians tend to live in the same areas, go to the same schools and live in the same places. As in the case of any marriage, there are always individual-level factors in terms of people’s attraction to one another.

Leavitt: A number of the couples we spoke to felt they had connections on the list that will sometimes appear in popular discussions of these marriages: a strong commitment to a work ethic, respect for family, and the incredible prioritization of education and kids.

Q: Why are the Asians you spoke with enthusiastic  about raising kids as Jews?

A: Kim: They see Judaism as aligning with their own values. Also, the Pew Research Center tells us that Jews are perceived in the U.S. as really cool. Within many Asian-American families, Jews are seen as just awesome.

We have a Korean friend, educated in Korea, and one of her texts was the Talmud (the book of Jewish commentary on the Bible). For a people who, like the Jews, have experienced disenfranchisement, there’s a lot of looking to the Jews as potentially having the answers.

A: Kim: That’s fair. If we’re talking about the Asian Christian members of these couples, their religiosity is pretty weak. If they’re Buddhist, the religion is often not seen in conflict with Judaism. The Korean evangelical population is probably marrying Korean evangelicals. They’re not the ones marrying outside their religion.

READ: She’s black, gay, and soon you can call her ‘rabbi’

Q: So the children of these marriages are doing well?

A: Kim: They are. I was really surprised by that. And then we remembered that these are millennials and millennials see the world as their oyster, and they can be who they want to be. They can have many different identities at the same time, and they’re cool with it.

Leavitt: And they are not choosing out of Judaism. They’re not looking for other religious practices.

Kim: Or if they are, such as learning more about Buddhism, to tap into a side of them that may not be reinforced by Judaism, they’re still Jewish and they say that being Jewish is central to them.

Q: Researching “JewAsian,” do you get the sense on the part of the Asian spouses that their kids weren’t getting enough “Asian” in their lives?

A: Leavitt: We live in Walla Walla, Wash., in the middle of nowhere, with only 30 or so Jewish households and no rabbi. Our tiny little Jewish community generates an enormous amount of programming, worship and events. At 5 and 8, our kids have shown us that they have a very clear sense that we are Jews and they have a Jewish household. There are not comparable Asian resources. So it comes back to Helen and me to bring to bring that to them.

Q: So how do you teach them about their Korean heritage?

A: Kim: The adult kids of these marriages that we’ve interviewed have said, “You have to try a bunch of different things.” The Asian population here is minuscule, so we have to get creative. I have a Korean student from Korea who beginning in the fall is going to give language lessons to all of us.

A: Kim: My parents were atheists, well-educated Korean immigrants. I grew up with no religion. I converted to Judaism in December. I am a Jew now. It’s a religion I’ve always been drawn to. Ten years ago I did not feel comfortable converting, and I think it was the racial and ethnic piece. I felt comfortable converting in 2015 because I saw myself reflected not only in the demographics of the American Jewish population, but because I saw how Jewish Americans were paying attention to issues of ethnic and racial diversity within the Jewish community.

I’d be lying if I said my kids were not a factor in this. Our son, Ari, basically from the time he could speak, didn’t see me as Jewish — even if I was doing all the Jewish practice in the home and talking to his preschool class about Jewish holidays. I was still not Jewish in his eyes because my parents were not Jewish and I was not raised Jewish. When the kids were old enough to witness my conversion ceremony, that sealed the deal. 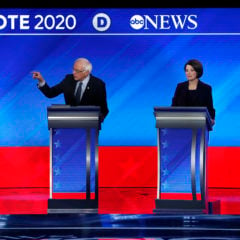 News Analysis
Democrats lost white Christians. Can they win them back? 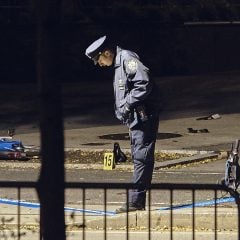 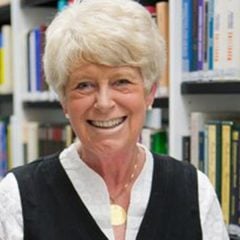 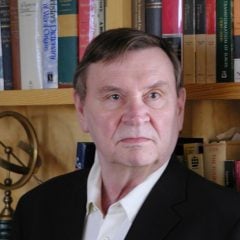 Columns
Sociologist Rodney Stark gets cranky about religion
Follow us on Facebook!
Submit your photos to RNS