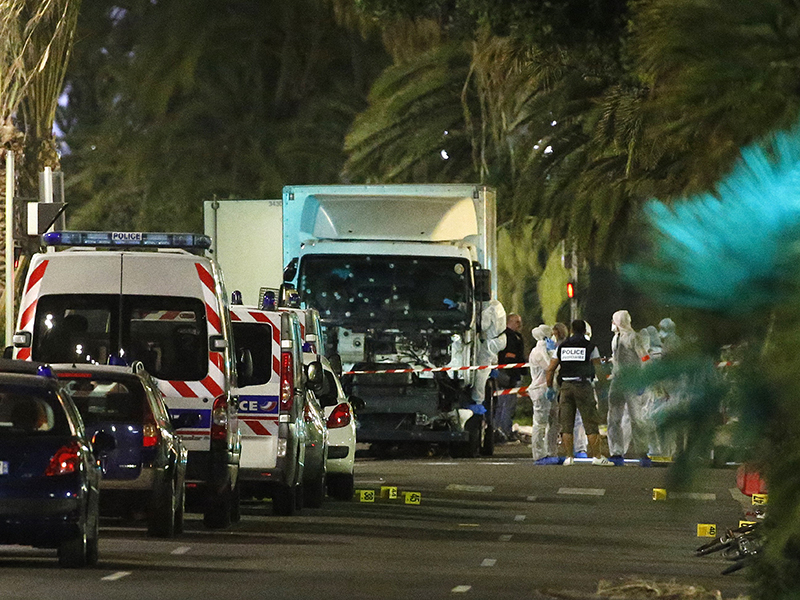 CAIRO -- Supporters of Islamic State celebrated on social media an attack in France by a truck that ran into crowds watching a fireworks display on the Bastille Day national holiday, killing at least 73 people and injuring 100.

"The number of those killed had reached 62 french crusaders and sinful infidels in Nice, France.. God is great, God is great," read one tweet.

The driver drove at high speed for over 100 metres (yards) along the famed Promenade des Anglais seafront on Thursday (July 14) in the French Riviera city of Nice before hitting the mass of spectators. The driver was shot dead, sub-prefect Sebastien Humbert told France Infos radio.

"On behalf of the American people, I condemn in the strongest terms what appears to be a horrific terrorist attack in Nice, France, which killed and wounded dozens of innocent civilians," Obama said in a statement.

In Nice, counter-terrorist investigators were leading the probe into the attack, local media said, and a local government official said weapons and grenades were found inside the truck.

"It's a scene of horror," a local member of parliament, Eric Ciotti, told France Info. He said 75 people were dead after the truck sped along the pavement fronting the Mediterranean, before being stopped by police after "mowing down several hundred people."

Local newspaper Nice-Matin posted photographs of the truck, its windshield starred by a score of bullets and its radiator grille destroyed. Since Islamic State attacks last year, major public events in France have been guarded by troops and armed police, but it appeared to have taken some minutes to halt the progress of the deadly truck in Nice.

Humbert said the driver was not yet identified. Residents of the city, located 30 km (20 miles) from the Italian border, were advised to stay indoors. There was no sign of any other attack.

Almost exactly eight months ago Islamic State militants killed 130 people in Paris on Nov. 13, the bloodiest in a number of attacks in France and Belgium in the past two years. On Sunday, France had breathed a sigh of relief as the month-long Euro 2016 soccer tournament ended without a feared attack.