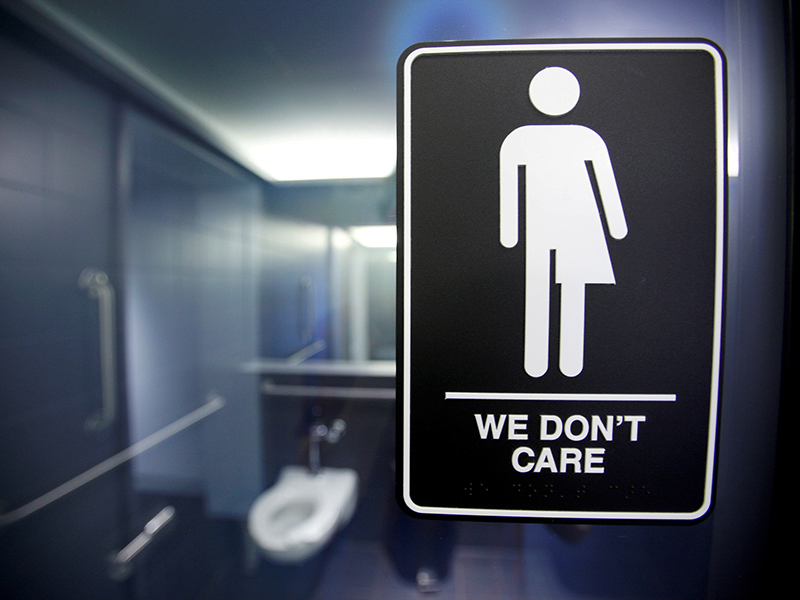 (RNS) A survey of 1,000 Americans by Nashville-based evangelical research firm LifeWay Research finds 6 in 10 Americans don't believe it is morally wrong for people to identify with a gender different from the sex they were assigned at birth.

And more than half don’t think it’s morally wrong to change one's body to match his or her gender identity by taking hormones or having surgery.

“A majority of Americans reject the view of a creator giving them a gender that shouldn’t be changed,” LifeWay Executive Director Scott McConnell said in a written statement. 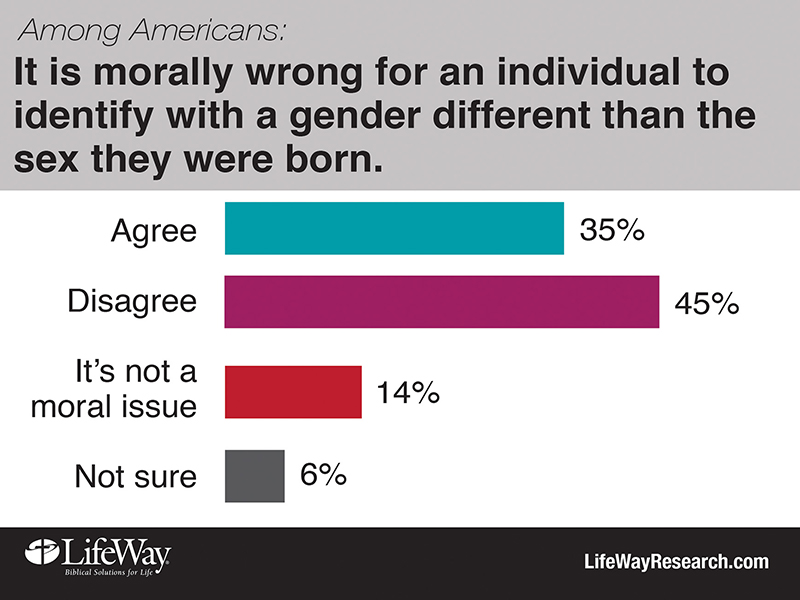 "It is morally wrong for an individual to identify with a gender different than the sex they were born." Graphic courtesy of LifeWay Research

But those numbers drop sharply among evangelicals, it said in the survey released Thursday (July 14).

Fifty-four percent of evangelicals  believe it's morally wrong to identify with a different gender. That's significantly higher than among Catholics (26 percent), members of other religions such as Judaism and Islam (35 percent) and the nonreligious (20 percent).

In addition, evangelicals are almost twice as likely (61 percent) as nonevangelical Americans (32 percent) to say using surgery or hormones to transition from one gender to another is wrong.

The survey comes as several states have introduced legislation that would require people to use public bathrooms corresponding to the sex they were assigned at birth. And the murder of 49 people last month at Pulse, a gay nightclub in Orlando, Fla., has highlighted concerns that LBGT people still are not safe and that religious teachings may be a contributing factor to hatred toward them.

Another 11 percent say transitioning is not a moral issue, which McConnell said reflects "a changing worldview." 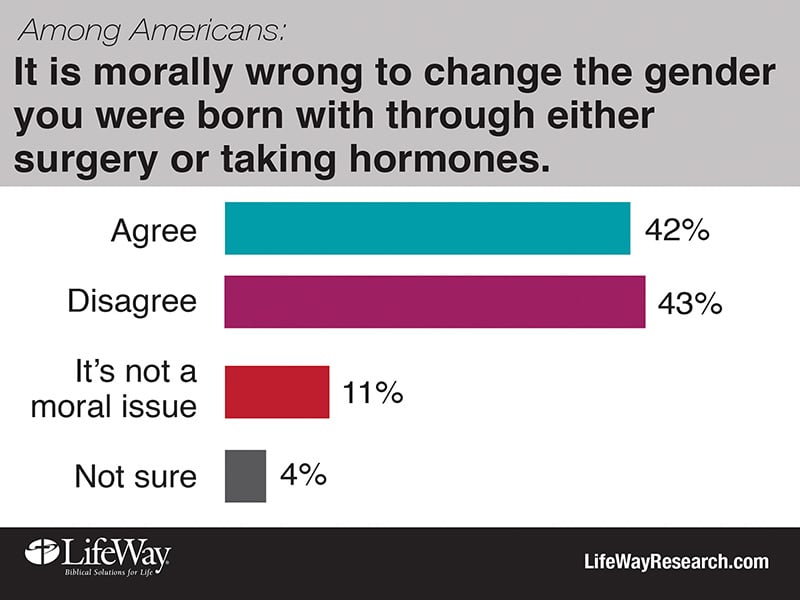 “It is morally wrong to change the gender you were born with through either surgery or taking hormones.” Graphic courtesy of LifeWay Research

Christians as a whole, both Protestant (22 percent) and Catholic (23 percent), also are least likely to say they know a transgender person, which affects one's beliefs about the morality of being transgender, according to LifeWay.

The telephone survey was conducted Sept. 14-28, 2015, and had an overall margin of error of plus or minus 3.6 percentage points, according to LifeWay. Margins of error in subgroups were higher.