Have you ever wondered how young adult Mormons differ from their parents and grandparents in attitudes, beliefs, and practices?

I have. I’ve written before about suggestive research done by Pew, Barna, and others that shows some major differences between Millennials in America (18-35) and other age groups. Overall:

This is all useful information. But so far, we haven’t had a survey that can connect the dots between this generation as a whole and this generation of Mormons, finding out what they want, who they are, and what they do and don’t like about the Church of Jesus Christ of Latter-day Saints.

Today I launched a Kickstarter campaign to support such a major survey of Mormon life. With the help of political scientist Benjamin Knoll at Centre College and feedback from many prominent sociologists of religion, we’ve crafted questions that assess Mormon religious beliefs and behaviors across a wide spectrum.

How do Millennials keep the Word of Wisdom compared to older Mormons? How do they feel about church meetings? If they’re active in the Church, what keeps them coming? If they’re not active, what reasons do they give? How do Mormons in various generations feel about politics? About social issues?

What percentage of each generation has been married or is currently married? Are Mormon Millennials, like other Millennials, more likely to delay marriage and live at home with their parents in multi-generational households? If they do marry and have children, is the gap between marriage and the birth of a first child wider than it has been for previous generations of Mormons? (We hypothesize it is.) Is it as wide a gap as it is for their Millennial peers? (We doubt it, but we could be wrong . . . which is why we need hard data.)

This survey is designed to help us listen — to young adults and also to older ones; to Mormons who are perfectly happy with the Church and their role in it to Mormons who would be happier with some changes.

Since Mormons are only 1.6% of the U.S. population, they’re a difficult and therefore expensive group to reach in a representative sample.

This is where you come in. Frankly, I’ve been blown away in six years of blogging by my readers: you’re passionate, committed, and curious. I hope you’ll be passionate and curious enough about these questions to make a donation. You’ll receive not only my deep gratitude but also various goodies that are laid out on the Kickstarter page.

So I hope you’ll get involved with this project — and, what’s more, share it with interested family members and friends. If you have any questions about the survey (or the book that will come out of it), post them here or on the Kickstarter page. With your help we can get some useful insights into the next generation of Mormons. 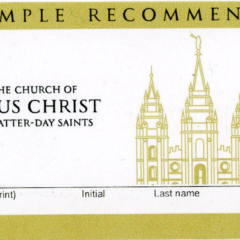 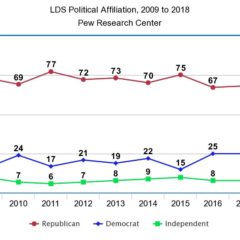 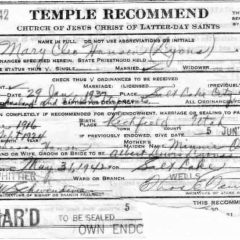