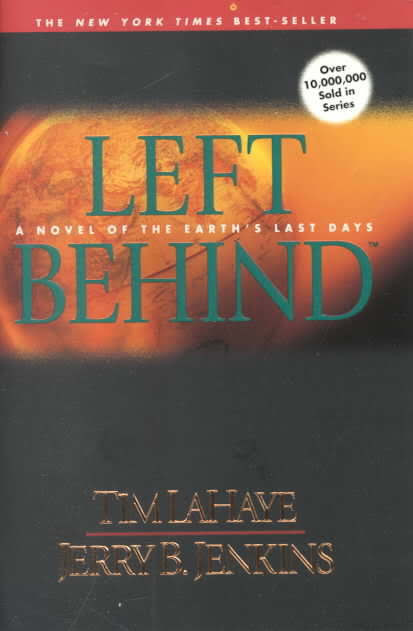 First volume of the Left Behind series
July 27, 2016
Mark Silk 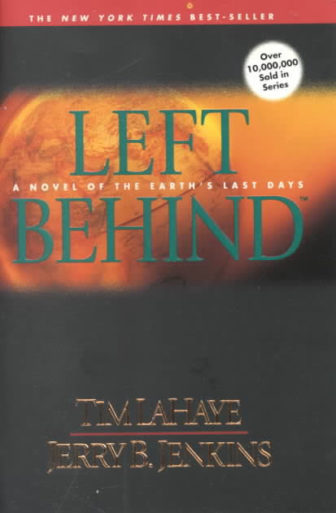 First volume of the Left Behind series

I can't claim to have read all the "Left Behind" novels of Tim LaHaye and co-author Jerry Jenkins, but I've read a few, and LaHaye's death this week has got me to thinking once again about the meaning of the fabulously successful series.

For those of you who may not be among its legion of readers, let me simply say that LaHaye and Jenkins' fictionalized version of the End Times could care less about the people who are taken away from Earth on the 21st page of the first volume. Instead, as is traditional in this genre of imaginative literature (and such a genre does exist), the focus is on those whom the Rapture has left in the lurch. What consumes the series is the struggle of a small band of heroes -- the "Tribulation Force"—to combat the evil empire of Antichrist by creating a world-wide movement known as the Christian Collective.

Now, the whole idea of the Rapture is that the Christians get to avoid the miseries of Antichrist's rule pending Christ's return and Armageddon victory. So the series is theologically irregular to say the least. Call it an exercise in Premillennialist Purgatory. Really, though, behind the fanciful retelling of the Apocalypse is a vision of Christians (including, let it be said, quite a few Jewish converts) as a beleaguered but resourceful body of warrior pilgrims, working together to defeat the powers and principalities even as they work on their individual salvation.

In other words, the series, which began appearing in the middle of Bill Clinton's presidency, is really a parable about waging guerrilla war against the Democrats who had somehow contrived to take the country away from the Republican likes of Ronald Reagan and George H. W. Bush. This was in keeping with LaHaye's prominent role (to say nothing of his wife Beverly's) as a paladin of the religious right.