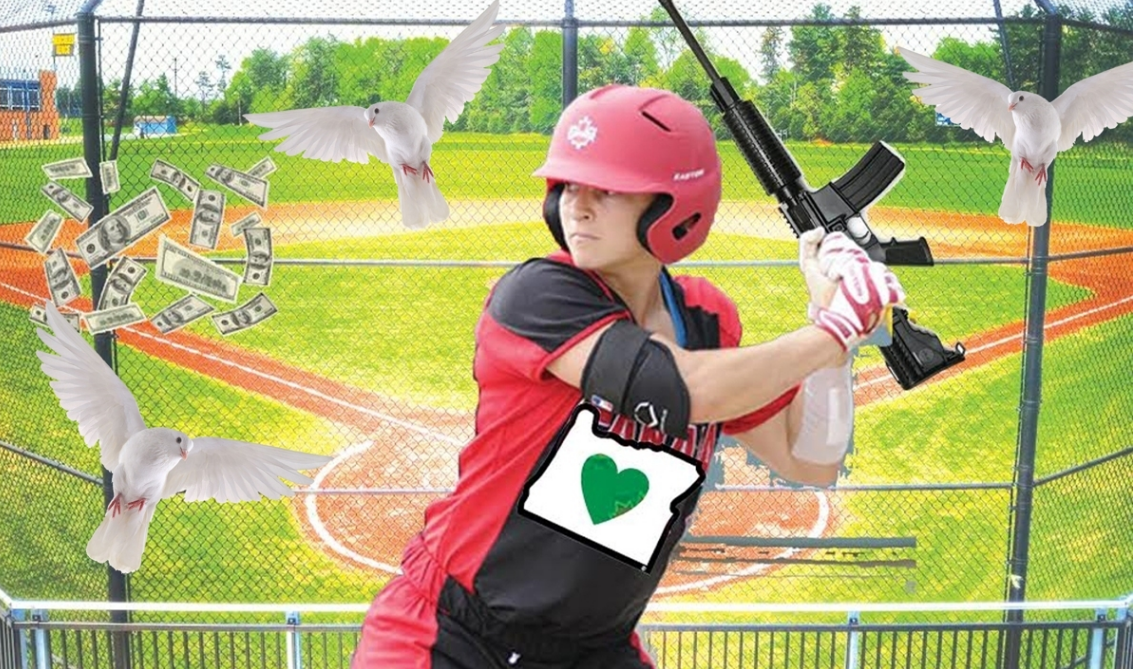 The Rev. Jeremy Lucas bought almost one-third of the tickets for a girls’ softball team raffle in which the rifle was the prize, The Washington Post reported. He had spotted a tweet from the Williamette Week, a Portland weekly, that the team was trying to raise money for a trip to a California tournament.

Girls softball team raffles off an AR-15. "This is still America, where I believe we are free to pursue our own joy."https://t.co/TUnfk3CHLh

But his aim was never to use the gun.

Days after the shooting of Dallas police and the killings of black men in Minnesota and Louisiana at the hands of police, the 41-year-old Episcopal priest felt he had to do something, he told The Post.

“I decided one day I was going to try to stop the raffle,” Lucas said.

He learned that the team was legally required to continue the raffle once it had begun.

So he started buying tickets, using $3,000 of the church’s discretionary fund.

Members of Christ Church Episcopal Parish in Lake Oswego replenished the fund with donations. After he learned he’d won, he met the owner of the raffled gun at a local gun shop, passed a background check and received the prize. He intends to destroy it, working with local artists “to do something creative with something that is so destructive,” he told KATU, an ABC affiliate in Portland.

"I’ve always had two goals," Lucas said. "One was to help the softball team get to California to play in their tournament, and the other was to just have one less gun and that's what my faith leads me to."

In a Tuesday (July 26) tweet, Lucas quoted J.R.R. Tolkien: "It is the small everyday deeds of ordinary folk that keep the darkness at bay. Small acts of kindness and love."

"It is the small everyday deeds of ordinary folk that keep the darkness at bay. Small acts of kindness and love." J.R.R. Tolkien