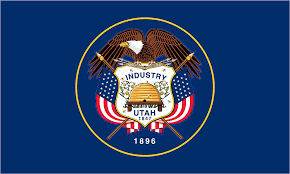 Is Utah, reddest of the red states, in play this election season? Yesterday, Hillary Clinton fueled the speculation by publishing an op-ed in the Deseret News urging Mormon voters to give her a tumble.

Let it be said that she did so in response to a request by the News — which is owned by the LDS Church — to all major presidential candidates. Last week, the Libertarian Party’s Gary Johnson took the occasion to try to walk back a recent comment that “religious freedom, as a category” is “a black hole.” Uh-oh. Clinton took a more generic approach to capitalize on polls showing her just a dozen points behind Donald Trump in the Beehive State.

Why Mormons may be parting ways with their white evangelical brethren in this year’s presidential is not hard to fathom. With a history of persecution by Protestant Americans burned into their collective consciousness, they are repelled by Donald Trump’s hostility to Muslims. With the growth of their church tied to expansion among Latinos here and abroad, they are likewise repelled by his anti-immigrant polemics.

There’s also a fundamental spiritual difference between the two groups. Evangelicals love stories of repentant sinners, and so are quite willing to give their support to wrongdoers who testify that they have found the right path. Mormons, well-behaved believers in the perfectibility of humankind, are not prepared to cut them as much slack.

The Clinton op-ed hits all these bases. It also repeatedly declares her devotion to the the Constitution, which Mormonism considers a divinely inspired document. Nor does it fail to mention Mitt Romney, quoting his remark that “Trump ‘fired before aiming’ when he decided a blanket religious ban was a solution to the threat of terrorism.”

The Saints are a tribe that knows the names and genealogies of the heroes who carved their Zion out of the Great American Desert. If ever there was a living prince of church, Mitt Romney is him. So I would advise anyone running ads against Trump in Utah to use this clip, where he calls Romney “a choke artist” and asks, “Are you sure he’s a Mormon? Are we sure?”

It will be interesting to see if the Trump campaign manages to whomp up its own op-ed for their guy to publish in the Deseret News. As long as I’m dispensing advice, I would strongly suggest that they persuade him to apologize for past remarks about Romney and to praise him for his noble service to the Republican Party and American capitalism. Not that I’m holding my breath or anything.