LETNICA, Kosovo (RNS) The thousands of pilgrims who flocked to the bright white Church of the Black Madonna this year were hoping to receive the gift of grace that one of its most famous parishioners once experienced.

A formerly thriving Croat village reduced to only 300 people since the Yugoslav Wars of the 1990s, Letnica is an important pilgrimage destination for thousands of Catholics, Orthodox Christians and even Muslims during a nine-day period that ended with the Feast of the Assumption on Monday (Aug. 15).

“This festival is honored by Catholics, but for centuries, it has been celebrated by all the other religions and nations,” said the Rev. Kriste Gjergji, a priest at the Church of the Black Madonna.

But this year was extra special. A devout Albanian girl named Agnes Gonxha Bojaxhiu — who would later be known around the world as Mother Teresa — spent summers in the 700-year-old village and the Church of the Black Madonna in her youth. Pope Francis is slated to canonize her — making her a saint — on Sept. 4. 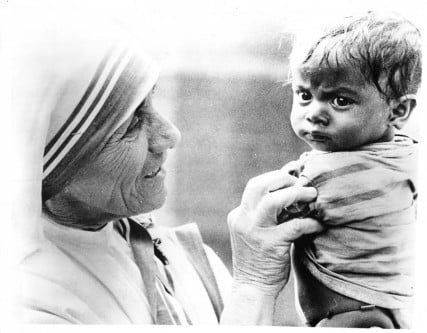 (1977) Mother Teresa of Calcutta, shown with an Indian child, worked to help sick and homeless victims in the cyclone-ravaged Indian state of Andhra Pradesh. She said her Missionaries of Charity nuns have “all the experience necessary to work in this disaster area because of previous efforts during floods.” “In all these human tragedies, God is trying to teach us something. We are not able to understand him,” she said as she went about supervising the rescue operation. Religion News Service file photo

If she wasn’t praying in the church, she was known to roam the fields above the village and find quiet places to write poems and prayers, said the Rev. Lush Gjergj, the general vicar of Kosovo’s Roman Catholic diocese and a close friend of Mother Teresa who has written 15 books about the nun’s life.

“She made the decision of her life here and said ‘I want to become a missionary nun, to help the poor of the world,’ a vision which became reality for an 18-year-old Albanian girl,” he said.

This year, Kosovo police estimated 10,000 people traveled to Letnica, near the borders of Macedonia and Serbia, for the Catholic festival. On Monday, the village swelled with food vendors, souvenir kiosks and buses and cars with license plates from as far away as Sweden and Switzerland.

There are about 65,000 Catholics in Kosovo, an officially secular but predominantly Muslim nation with a population of 1.8 million.

Christian and Muslim couples pray to the 400-year-old statue of the Black Madonna in the church in hopes of conceiving a child. Other pilgrims walk barefoot to the church or carry stones, sometimes in their mouths, on their pilgrimage.

One Muslim from Mitrovica in northern Kosovo, Mira Hajrizi, 15, traveled to Letnica with her family to camp in the fields outside the Church of the Black Madonna for a few nights. Muslims honor the Virgin Mary, too, and she is mentioned repeatedly in the Quran.

“We pray, light candles, take water, then we touch the dress of the Black Madonna so that we will have luck,” she said.

Lt. Dan Brankin, a U.S. soldier from Fort Carson, Colo., who was deployed to Kosovo as part of the United States-led NATO peacekeeping mission, was at Letnica to monitor the security situation.

Hundreds of Catholic soldiers from NATO’s peacekeeping mission in Kosovo regularly attend the festivities in Letnica. But due to recent terror attacks and heightened security threats throughout Europe, many were not allowed to come this year.

Brankin, a Catholic, was on duty but he felt moved by witnessing the faithful in the village before Mother Teresa’s expected canonization.

“It is an incredible opportunity for me, for my faith,” he said, adding: “It’s a really big event, especially this year with the canonization of Mother Teresa.”

Col. Arnold Staudacher, the commander of around 500 Austrian soldiers who belong to the NATO mission — Austria is not a member of NATO, but is affiliated with the alliance — attended the holy day festivities with 30 of his soldiers on Monday.

“For me personally, it’s a great experience,” said Staudacher, who is also Catholic. “It’s also good for our soldiers. Here on mission, hundreds and thousands of kilometers away from Austria, it’s also a good spiritual experience because most of the Austrians are Roman Catholics and Christians.”

Kosovar Sef Dodes, 52, traveled to the festival with his wife from Switzerland, where he now lives.

“It’s unbelievable that I haven’t been here for 30 years to attend the festival, knowing how much I love the Black Madonna,” he said after attending a special evening Mass as part of the festival. “All the good things that I have are gifts from the Madonna.”

(Valerie Plesch is a correspondent based in Kosovo) 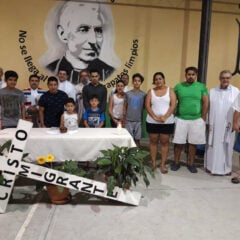 News
Pope Francis to make ‘father of migrants’ a saint 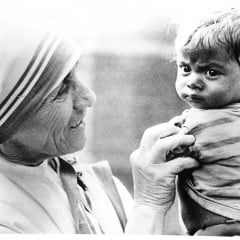 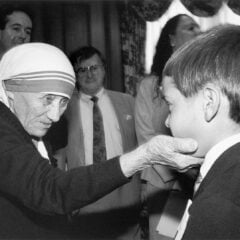 News
A saint for our time: New documentary on Mother Teresa premieres at the Vatican
Follow us on Facebook!
Submit your photos to RNS