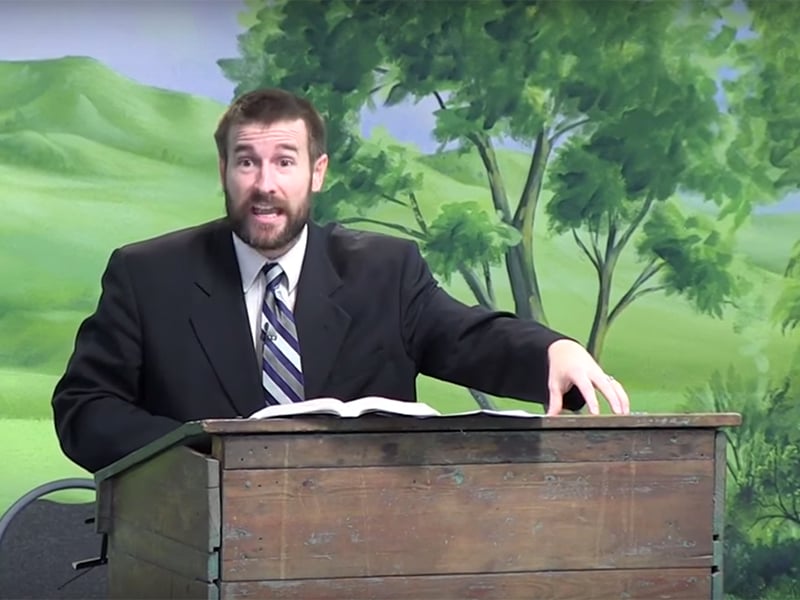 Anderson, pastor of the Faithful Word Baptist Church in Tempe, Ariz., was due to visit the country later this month for a series of evangelical events.

But Home Affairs Minister Malusi Gigaba denied him and members of his church a visa.

“This is on the basis that I am certain they promote hate speech as well as advocate social violence,” Gigaba told a news briefing.

The planned visit had stirred a heated controversy with gay rights, LGBT and human rights activists pressing the government to cancel the visit. The Evangelical Alliance and the Baptist Union of Southern Africa had distanced themselves from the pastor.

In 2014, Anderson called for the murder of every LGBT person as a solution to end HIV and AIDS. And earlier this year, after the shooting deaths of 49 people at a gay nightclub in Orlando, Fla., he said, "There's 50 less pedophiles in this world."

South Africa became the first country in Africa to legalize gay marriage, in 2006, but Gigaba said the country still has work toward reaching its constitutional value, to build a democratic, united, nonracial, nonsexist and prosperous state.

“It is a constitutional imperative for organs of state and society to protect and jealously defend the rights of all people,” said Gigaba, while noting that LGBT people face daily attacks including ridicule, abuse, bullying, brutal abuses and rape.

Responding to the ban, Anderson said in a Facebook post that he felt sorry for the people of South Africa, but thanked God his team had a wide open door in Botswana.

“Stand by for reports of multitudes saved in Botswana, where religious freedom still exists,” he said.

Related Posts
By Ricardo da Silva
Without church or internet, many South Africans turn to liturgies at home
By Thomas Reese
Religious conservatives have lost LGBTQ rights battle. It’s time to surrender.
By Yonat Shimron
Religious conservatives look to the next Supreme Court rulings on religious liberty
By Mark Silk
Measuring the religious significance of the Supreme Court's LGBT decision
By Bronwyn Lea
What living apart has taught me about #StayAtHome church