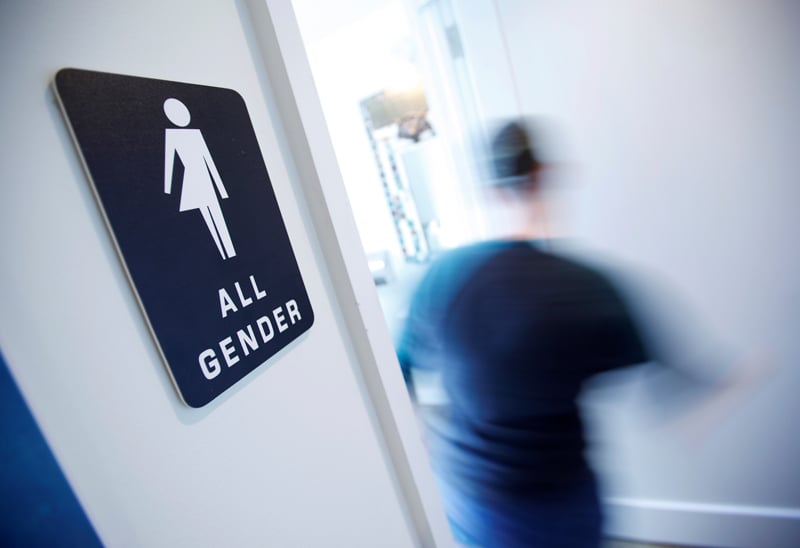 A bathroom sign welcomes both genders at the Cacao Cinnamon coffee shop in Durham, N.C., on May 3, 2016. Photo courtesy of REUTERS/Jonathan Drake/File Photo *Editors: This photo may only be republished with RNS-GUTHRIE-SATIRE, originally transmitted on May 11, 2016.

(RNS) When it comes to contraception, a clear majority of Americans say employers should be required to cover it in their health care plans — even if they have religious objections.

But a survey released Wednesday (Sept. 28) by the Pew Research Center reveals a sharp division on another hot topic: whether photographers, cake bakers and other wedding service providers should have to serve same-sex couples. And Americans also disagree on whether transgender people should have to use the public restroom of their gender at birth. 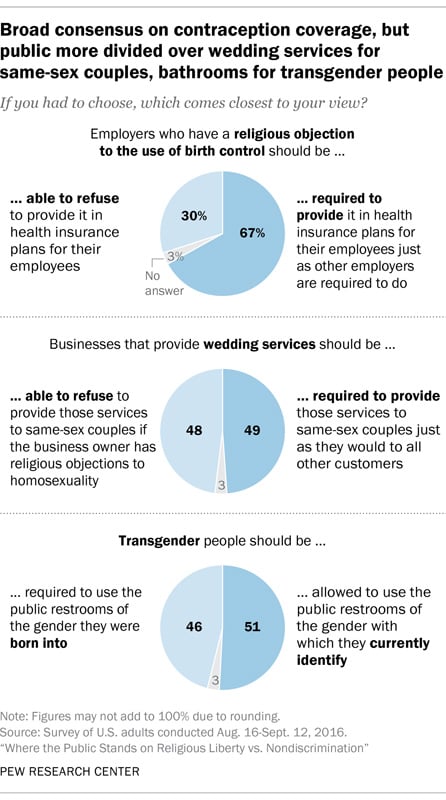 “What doesn’t surprise me — but is I think the biggest news in terms of the value of the research — is the deep divide in this country is more basically theological than anything else,” the Rev. Albert Mohler, president of the Southern Baptist Theological Seminary, said of the study.

For Mohler, Pew’s findings on religious liberty “have almost everything to do” with whether a person attends church services regularly.

The survey, titled “Where the Public Stands on Religious Liberty vs. Nondiscrimination,” shows that those who attend religious services weekly are more likely to hold traditional moral views on matters raised in the study.

“We’ve often seen throughout our history that people have used religion to try to legitimize discrimination of other human beings,” Douglas said.

The country should not wait until a consensus emerges to protect gay and transgender people from discrimination, she added. ”If we waited for the polls, we would still have Jim Crow.”

In designing the survey of 4,538 adults, which has a margin of error of plus or minus 2.4 percentage points, Pew researchers set out to test Americans on matters that have forced courts to weigh religious versus other constitutionally guaranteed rights. 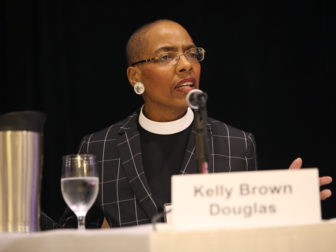 The Rev. Kelly Brown Douglas of the Washington National Cathedral speaks on a panel about race and religion during the 2016 Religion Newswriters Association annual conference in Silver Spring, Md., on Sept. 23, 2016. RNS photo by Sally Morrow

When a florist refuses to supply roses for a marriage between two women, is he exercising his religious freedom, or discriminating against two people who may legally — since a 2015 Supreme Court decision — marry in any state?

“It’s interesting to see that so many Americans are in agreement about the question about the provision of birth control in employer-provided health care,” said Pew senior researcher Jessica Martinez.

“You see a lot more division on the other two topics we asked about,” she said, referring to transgender people’s bathroom use and wedding services to gay couples.

But is the broad agreement on contraception — and the lack of it on wedding services and the transgender bathroom question — so surprising?

Most Americans, Pew researchers point out, accept birth control. Just 4 percent consider it immoral. Americans are far more divided, however, on homosexuality, the poll also finds. While 62 percent say homosexuality is morally acceptable or not a moral issue, 35 percent say it is morally wrong.

Mohler asks whether the agreement on the birth control question would have emerged had the pollsters considered the nature of many of the objections to the Affordable Care Act’s contraception provision — the context for much of the recent controversy on the issue.

Objections to the provision, he pointed out, mostly did not relate to the required coverage of  birth control per se.

Rather, some Christians objected only to covering those birth control methods that they consider abortifacients. On this issue, the Supreme Court in 2014 ruled in favor of the evangelical Christian employer in what became known as the Hobby Lobby case.

If a question about contraception had explored that specific objection, the response may well have been different, Martinez said. “The question we asked was much more general.”

The survey also found that on these questions of religious liberty and discrimination, most Americans had little sympathy for opinions that differed from their own. 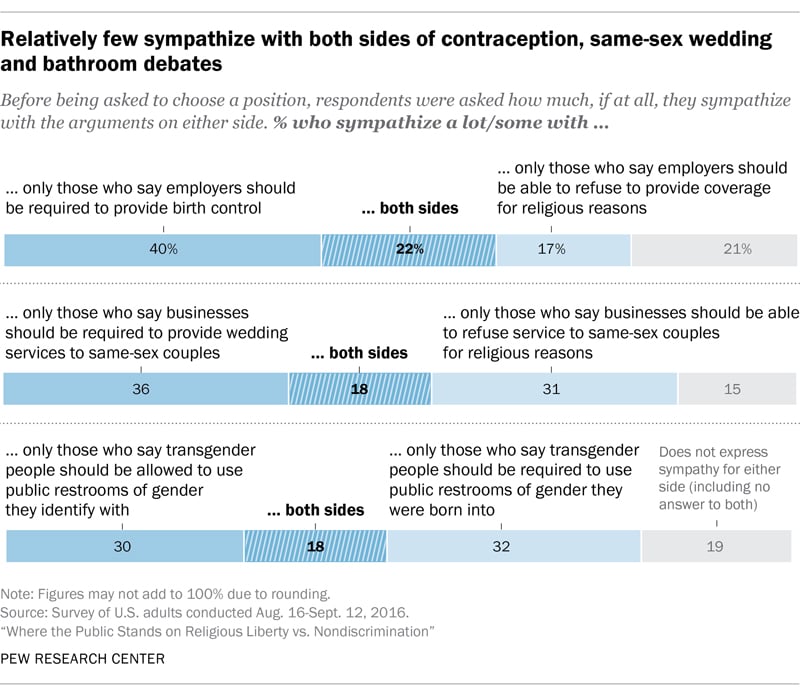