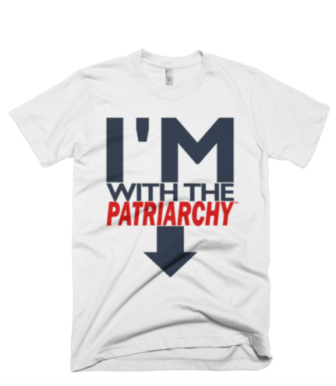 Over at “Mormon Game,” there’s a piece this week that is so craptastically from a different century that it seems like satire but regards itself with utter seriousness.

As such it is train-wreck delicious.

In it, a Mormon man chides single Mormon women for their singleness.

Single women, listen up! You are up a creek without a paddle. You need marriage. You need motherhood. And you are falling short.

You had also better hurry; that pesky clock is ticking. Whereas men only get more attractive as they age because “they gain a career, a house, [and] life experience,” your equivalent economic success and life experience are essentially worthless and can even be liabilities. What matters most are your body and your appearance:

What happens to women as they age? The window of opportunity for birthing children becomes shorter, they become jaded and lose their cheerful visage, and they become stuck in a lifestyle that makes a family less practical.

Think about it logically as if you were a man. Would you date the old career women who doesn’t [sic] have time for a date except on Saturdays, or the sprite 19 year old who eagerly awaits what’s ahead of her?

So: single Mormon women over the spritely age of 19 . . . We don’t want you to you lose your cheerful visage! THANK GOODNESS that this author has provided 7 tips for you based on his life experience and observations. (Sadly, he reports that he is already taken himself, but perhaps by following his advice you can find another Mr. Collins exactly like him.)

He begins his article with a stark reminder of the statistics about how much more difficult it is for you to find husbands than it is for Mormon men to find wives, and how severely outnumbered you are demographically.

But sisters, if you’re imagining that his acknowledgment of reality will spark compassion for the impossibility of your situation . . . uh, no. It’s still entirely your fault that you are single, as you will see in the other six tips. So you’d better get busy.

All you old single women are bitter, says our author. A lot of this is due to the fact that you read dangerous feminist blogs and fantasize that Heavenly Mother is real. It’s probably just because your aging female brains desiccate at such an alarming rate that you get these ridiculous ideas about gender roles.

The key for getting over your bitterness is to put men first. Nothing is more important than men. Duh. Why wasn’t that obvious?

If a desirable man asks if you are free for a date, you are free. Don’t be afraid that you come off as desperate. Unless you are foaming at the mouth crazy, the eagerness you display is a good thing. Make time for him. Practice dating behaviors that any 19 year old would practice to snag a good boyfriend. Do whatever it takes to emotionally take yourself there–yoga, meditation, telling yourself that you are beautiful, etc. You don’t have to be emotionally invested in a man to make time for a date on Friday night.

So sisters, if you don’t have the good fortune to actually be 19, which is clearly the gold standard in ages for datable women, just pretend that you are. Make like you don’t have your career, and your calling, and your family, and your mission experience, and your extensive network of satisfying friendships . . . and return to the girlish lass you used to be before you, you know, began actually adulting. If someone with whom you cannot imagine a future deigns to ask you out, reinvent yourself as if you just graduated from high school. 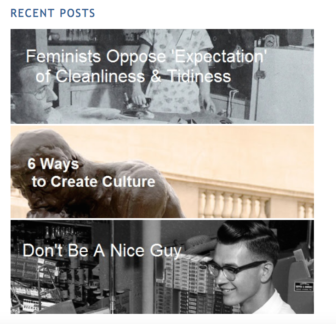 The temple is where “worldly lies” about gender roles are unmasked, he says. Therefore it is essential that you go.

But please don’t go in order to serve a mission, which interferes with marriage while you are young. Getting married young is ideal for women because you can still be molded and guided by your husbands like the good Lord intended.

No, rather than taking out your endowments before you serve a mission, it’s better just to go to the temple to learn about your priesthood, and how you don’t really have it.

Our author begins this section by quoting a New York Times op ed by Mormon writer Nicole Hardy explaining how hard it was for her to find Mr. Right. His take?

Now sisters, I know that some of you reading this may be protesting that the reason this author had trouble finding a wife had nothing to do with his height and everything to do with his utter lack of respect for women, but you will just have to take his word for it. This is a section about why women need to love men, full stop, not why men should endeavor to be worthy of that love. So get your adulation on:

You need to still love men, love everything about them. Their masculinity, their quarks, their faults, their diversity, their appearance, their humor, their roughness–everything.

I know what you are thinking after reading this: Men do not have “quarks.” Oh, but even the fact that you dismissed this as a mere typo reveals that there is so, so much you don’t know about men. Of course men have quarks, silly. Men contain fathomless depths of fascinating mysteries. Just because you can’t see their subatomic particles with your own eyes just shows how old those eyes are, because you are a presbyopic spinster.

Now, before we leave this section, we need to cover another vital point the author makes here:

It is very important to remain a virgin. A virgin makes a better wife and better mother.

Mic drop. Bar = raised. Apparently it is not enough to stay a virgin when you are single; you also have to remain one while you are a wife and mother.

So to your long list of things to do today, be sure to add “Ask Mary about secret of parthenogenesis.” Your future husband will thank you.

Obvo. Feminism bad. Therefore this is a very long section in our author’s crusade.

It is difficult to be a traditional woman in today’s psychotic Western culture, where every film that Hollywood produces seems to portray women as warrior goddesses who save men from physical danger, and every school teacher props girls up so that they get superior grades.

Yes, all those films like Captain Miss America and Ant-Woman and Batwoman v Superwoman and X-Women may appear empowering, as Hollywood churns out one blockbuster after another in which superheroic women rescue helpless gentlemen in distress, but they are feminist lies. Just as it is a feminist lie that women can get good grades on their own merits. You single women are so dumb that you probably believe you earned those degrees yourself. Ladies, a reality check, please: you did not earn anything that was not handed to you by a magnanimous man. Don’t forget to whom you owe your gratitude.

Feminism has told you many other lies as well, like that same-sex marriage is morally acceptable, or that you have anything to complain about in this day and age when everything is 100% fair for women – as evidenced by his post.

So stop it with your cussing, which all feminists apparently do, and your tattoos and unfeminine behavior. Real feminism is based in femininity, which means being a wife and mother, which brings us to point #6.

Marriage has been terribly undervalued in our culture, says the author. Consider this example, drawn from real-life statistics apparently, that shows just how poorly we Americans regard marriage:

Statistically, it [marriage] is destined to fail. The typical thing these days is for girls to drunkenly party through college, get a nice job in their mid-twenties that they don’t deserve, marry a decent man before they hit the wall and lose beauty, divorce this man ten years later and receive monthly checks and full custody, and then marry a wealthy man and spend their old age touring the Caribbean islands.

That certainly describes a lot of women I know. Because of course.

By contrast, real marriage is sacred, which you will understand if you ever get off your aging, bitter feminist ass and go to the temple:

Single women, let’s get real. Whatever else you do in this life – however humanitarian you are, however smart, however loving and schooled in the gospel – you are going to be terribly unhappy unless you find a man like this author to marry. Which is why you should . . .

Now, let’s be clear: he doesn’t mean you should follow the tips in self-improvement magazines. For God’s sake, don’t do that! Because in addition to their important tips that you should lose weight, sport makeup, and find a man, those same exponents of popular culture may also suggest you’re just fine without a man, which is another feminist lie. These magazines may tell you to cultivate your gifts and get a top-notch education. Honey. You don’t need a top-notch education to find a man, which is of course the ultimate goal of any self-improvement.

So just focus. Develop your femininity, stop dropping the effing F-bomb, and consider having plastic surgery that makes you look 19.

Well, 16 would be better, actually, because you’re only just going to start aging again. And we can’t have that.