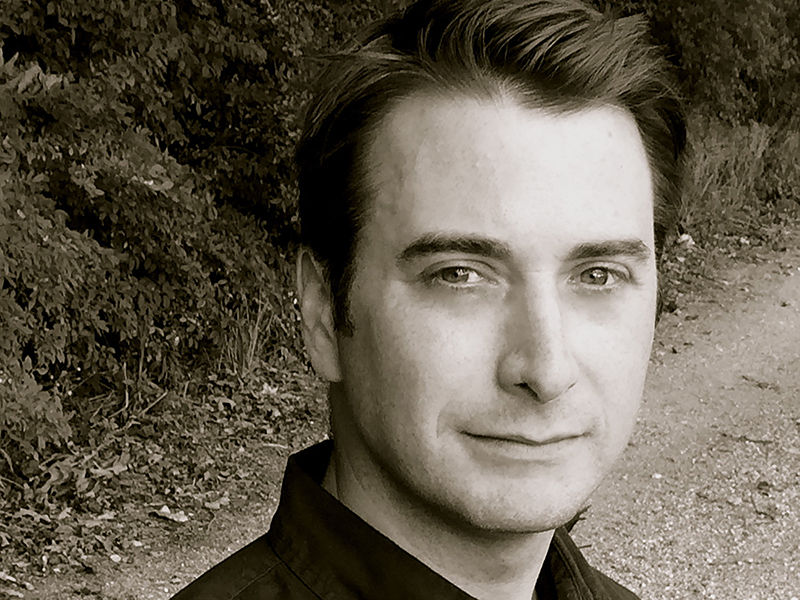 Peter Manseau, who holds a Ph.D. in religious studies from Georgetown University and whose many books include the history “One Nation, Under Gods” and the novel “Songs for the Butcher’s Daughter,” was recently hired as the first Lilly Endowment curator of American religious history at the Smithsonian’s National Museum of American History. Photo courtesy of Peter Manseau

(RNS) The place of religion in museums has a long, troubled, and often strange history.

In the 1930s, the Soviet Union established a series of “anti-religion” museums. Several decades later, objects from the museums were transformed for use in the Museum of the History of Religion, now in St. Petersburg.

And in response to ethnic and religious clashes across Scotland, the government there helped create the St. Mungo Museum of Religious Life and Art, which is dedicated to “understanding and respect between people of different faiths and of none.”

Whether devoted to art, archaeology, or history, museum spaces can provide a neutral, public space to see the role of religion in the variety of human experiences.

With a major new initiative recently announced at the Smithsonian Institution, Americans will now be able to more clearly see the role of religion in the history of the United States. The Lilly Endowment (which also gives funding to RNS) has provided a $5 million grant to the Smithsonian’s National Museum of American History dedicated to presenting religion as a vital element in American life.

The grant also made it possible for the Smithsonian to hire a permanent curator of religion. Peter Manseau, who holds a Ph.D. in religious studies from Georgetown University and whose many books include the history “One Nation, Under Gods” and the novel “Songs for the Butcher’s Daughter,” was recently hired as the first Lilly Endowment curator of American religious history at the NMAH.

RNS talked with Manseau about this new position, and about the past, present, and future of religion in museums. The interview was edited for length and clarity.

Your position is new, and as far as I can tell, the first appointed curator explicitly dealing with religious history in the Smithsonian Institution. What is the significance of this new post? And, why now?

Religion actually has a long history at the Smithsonian. As early as the 1890s, there was a division of religion that was part of the National Museum. Those early efforts were mostly outward looking, concerned mainly with objects brought from afar to be displayed in Washington.

My position is the first at the Smithsonian dedicated specifically to American religious history. Viewing the role I now have historically, I would say the creation of a curatorship of religion at the NMAH is part of a larger effort over the last 15 years on the part of national institutions to engage with religion as a subject of vital significance to the nation and the world. It grows out of awareness that one cannot tell the story of America without including the story of religion in America.

What are your goals in filling this position? What would you like to see happen, both within the Smithsonian, and with regard the general public?

My immediate goal is to complete the exhibition we have opening next summer, “Religion in Early America.” Beyond that, my work will involve helping the museum consider the ways religious ideas, beliefs, and practices are part of many stories, including those that might not seem to have anything to do with religion.

We are also launching a music and theater series. These events will often present surprising moments of intersection that have always been part of our multireligious heritage. The first is a performance on Nov. 5 of Colonial church music and Wampanoag sacred singing, presenting in a moving way what two cultures meeting for the first time might have sounded like.

In December, the Smithsonian Jazz Masterworks Orchestra will stage a performance demonstrating how jazz was influenced by a number of traditions, from Duke Ellington’s Christianity, to (South African pianist and composer) Abdullah Ibrahim’s Islam, to the cosmic philosophy of Sun Ra (an American experimental composer).

I will also be actively collecting religion-related objects — both from the past and today. The Smithsonian takes the long view, and so one of the more challenging aspects of a curator’s role is guessing what kinds of things being used and created today will be useful for future generations making sense of early 21st-century American life.

In all this, my hope is to tell stories about religion that feel inclusive and welcoming, framing the nation’s diverse religious history as a part of everyone’s American experience.

Religion can be seen in a number of museum settings. What can museums do for the public understanding of religion in ways that other institutions cannot?

Can you give us a sneak peak into any upcoming exhibitions at the NMAH that focus on religion, in one form or other?

“Religion in Early America” will open in the summer of 2017. It tells the story of what religious freedom, diversity, and growth meant in the Colonial period until the 1840s. It includes objects from the Smithsonian collection (including the so-called Jefferson Bible, a cut-and-paste edition of the New Testament Thomas Jefferson assembled with a pen knife and glue; George Washington’s christening robe; and a shawl worn by the Quaker abolitionist and early women’s rights advocate Lucretia Mott), as well as many loaned objects. Along with objects from the various Protestant denominations, visitors will find objects drawn from Catholicism, Judaism, Native American religions, African traditions, Judaism, and Islam.

After that initial exhibition, which runs for one year, many ideas are being considered as a follow-up. Whatever it ends up being, it will include stories that I hope will appeal even to those who do not think they are interested in American religious history. I hope a takeaway from all the exhibits and programs related to the museum’s religion initiative will be that, no matter what you believe or don’t believe, this is your history too.