Kenya Red Cross staff members console relatives of the civilians killed in an attack at the Bisharo lodging by Islamist militants from the Somali group al-Shabab in Mandera, at the Chiromo mortuary in Kenya’s capital, Nairobi, on Oct. 25, 2016. Photo courtesy of Reuters/Thomas Mukoya *Editors: This photo may only be republished with ALSHABAB-KENYA, originally transmitted on Oct. 26, 2016.

NAIROBI, Kenya (RNS) A suspected al-Shabab raid in the border town of Mandera has left at least 12 people dead and has reignited a sequence of bloody attacks on Christians in northern Kenya.

The dead included actors and performing artists who had traveled from Nairobi to stage theater performances for high school seniors in the largely Muslim region on the border with Somalia.

“We are alarmed that the attacks on non-Muslim workers, the majority of whom are Christians, continue to rise,” said the Rev. Alfred Muriithi, a Roman Catholic priest based in neighboring Wajir County. “The situation is getting difficult in Mandera. The attacks are too frequent and deadly.”

Al-Shabab, the al-Qaida affiliate in Somalia, was responsible for the 2015 Garissa University attack in which gunmen armed with AK-47s stormed the Kenyan college, killing 148 people, most of them Christian students.

A few months before that, in December 2014, militants killed 36 quarry workers in the same region. Also in 2014, the militants hijacked a passenger bus, killing 28 non-Muslims, mainly teachers.

According to Muriithi, the militants’ aim is to divide Kenya along religious lines by pitting Christians against Muslims.

“This agenda continues to fail, as the attacks also kill Muslims,” he said. “This has made the group unpopular in the region.”

Sheikh Abdullahi Salat, chairman of Garissa’s Supreme Council of Kenya Muslims, said members of the militant group attack Christians because the group wants to drive Christians out of the region.

According to Salat, security forces should give non-Muslims first priority.

“The Muslim community has stood ready to help non-Muslim in the region, but sometimes their advice is ignored,” Salat added.

He also suggested Kenya must do a better job of securing Bula Hawa, a town 200 meters from Mandera, where the attackers originate from and flee to.

“Until the Kenya army takes control of the town, these attacks will continue,” he said.

Kenyan President Uhuru Kenyatta called the most recent attack heinous and stressed that the country will not divide along religious lines.

Many believe the al-Shabab attacks are retaliation for the Kenyan army presence in Somalia. The army — alongside other African Union peace troops — has successfully pushed al-Shabab out of strategic seaports and towns in southern Somalia. 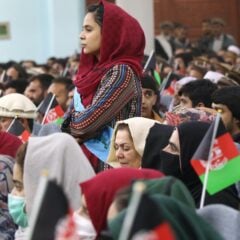 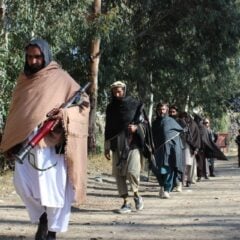 Religion Hub
Afghanistan after the US withdrawal: The Taliban speak more moderately but their extremist rule hasn’t evolved in 20 years