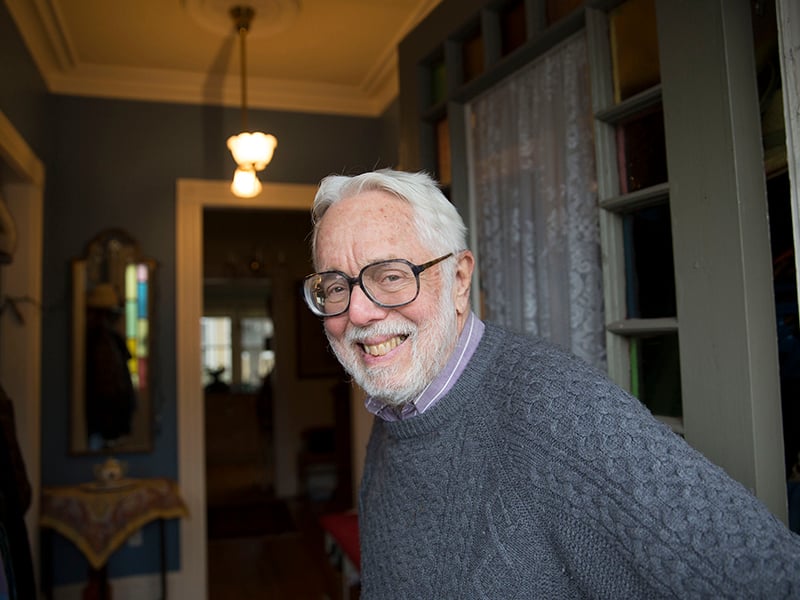 Harvard Divinity School Professor Emeritus Harvey Cox wrote “The Market as God.” He is seen inside his home in Cambridge at Harvard University. Photo by Kris Snibbe/Harvard Staff Photographer

VATICAN CITY (RNS) In another step forward for Catholic-Protestant reconciliation, Pope Francis and one of America’s leading Protestant theologians agree on a major heresy: the worship of the free market.

When Harvard Divinity School Professor Emeritus Harvey Cox arrived recently in Rome, he made a fast track to the Vatican to meet Pope Francis, the leader of the world’s 1.3 billion Catholics.

“I was ushered to the first row of seats 15 feet from the pope’s chair,” Cox told RNS. “It was wonderful. 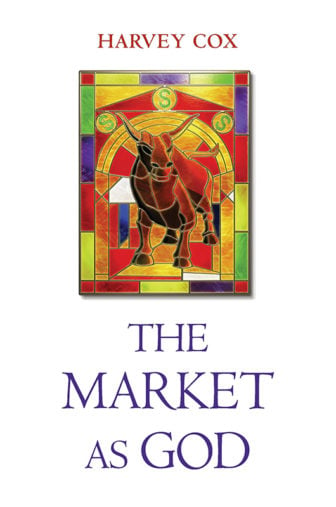 “The Market as God,” by Harvey Cox. Photo courtesy of Harvard Divinity School

“I spoke to him in Spanish. He said thank you, smiled and shook my hand.”

Cox said he handed Francis a copy of his latest book, “The Market as God,” at the pope’s weekly Wednesday audience.

In 2013, Francis provoked an outcry from economic conservatives with the release of his apostolic exhortation, “Evangelii Gaudium (The Joy of the Gospel),” which was widely seen as his personal manifesto. In it, Francis said the world could no longer trust “the unseen forces and the invisible hand of the market” and called for ecclesiastical renewal and compassion for the poor.

Cox, who taught at Harvard for 50 years, dedicated his latest book to the pope because they share a concern about what Francis called a “deified market” that’s creating “new idols.”

“This is a counterfeit religion, a heresy as opposed to traditional religion,” Cox, 87, said in Rome. “I am a Baptist, and I see this as a kind of a threat and so does the pope.

“In the last 40 to 50 years the market has assumed a larger and more commanding role in our culture. It has reached an overwhelming position. It wasn’t always deified.

“It was a voice in the choir, part of the culture. It was surrounded by families, communities and the nation. I’m not talking about abolishing the market, but it has escalated to a controlling level.”

Cox’s visit was arranged by the Rev. Tony Currer from the Vatican body responsible for promoting Christian unity, and Cox called his encounter with the pope a kind of ecumenical breakthrough.

Cox had begun writing notes for his book when he was inspired by the pope’s perspective on consumerism.

“The market is enormously powerful,” Cox said. “With TV and hand-held devices, well-designed images go right inside people to their emotional center. The market also knows how to ransack religious vocabulary with products labeled ‘hope’ or ‘revelation.’ If you can relate your product to a yearning or search, it is going to make a connection.”

Cox said many young Americans sense there is something wrong with the free-market system. He said they were looking for change and that is why so many were drawn to Bernie Sanders in his bid for the Democratic presidential nomination.

The professor also predicted the religious right would play no decisive role in the outcome of the U.S. presidential election.

“The Republican Party was always an unlikely coalition between the religious right and the country club set or upper echelon of the business community. It has fallen apart.”

But Cox stressed that many people – particularly white males — who supported Donald Trump were just as disillusioned with the market as young people and wanted change.

“There is something terribly wrong with how the system is functioning,” Cox said. “We still don’t have any persuasive vision. We are ready for that.”