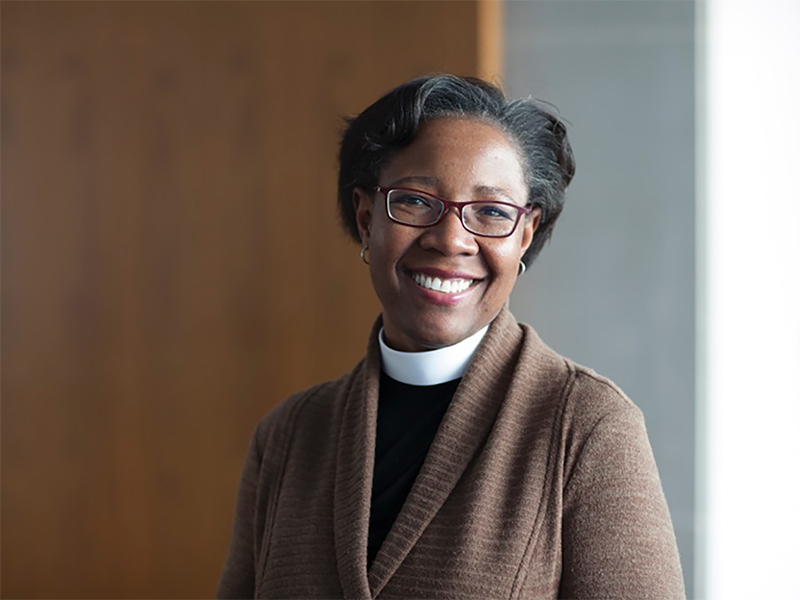 The Episcopal Diocese of Indianapolis elected Rev. Jennifer Baskerville-Burrows as the first black, female diocesan bishop in the history of the Episcopal Church. Photo courtesy of Charlie Simokaitis

(RNS) The Episcopal Diocese of Indianapolis has elected the first black, female diocesan bishop in the history of the Episcopal Church.

The Rev. Jennifer Baskerville-Burrows, director of networking in the Episcopal Diocese of Chicago, was elected on the second ballot during a diocesan convention held at Christ Church Cathedral Indianapolis on Friday (Oct. 28).

While she is not the first black female bishop in the Episcopal Church, those who preceded her held the title of “suffragan bishop,” a subordinate to the diocesan bishop. Baskerville-Burrows will become the first African-American woman to lead a diocese, said Jim Naughton, a spokesman for the Diocese of Chicago.

Michael Curry, the presiding bishop of the Episcopal Church, with 1.9 million members, is the denomination’s first African-American man to hold that position.

Baskerville-Burrows is a graduate of Smith College, Cornell University, and the Church Divinity School of the Pacific. She has expertise in historic preservation and a passion for issues including gun violence, social justice, and racial reconciliation, according to a diocesan press release.

Baskerville-Burrows will be consecrated on April 29, 2017.