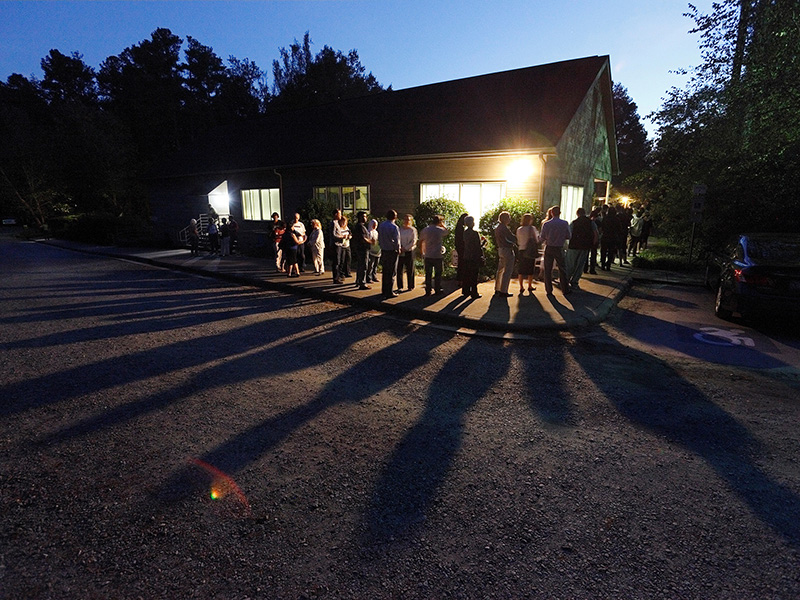 Voters cast shadows as they wait in a line at a polling station open into the evening as early voting for the 2016 general elections begins in Durham, North Carolina, on October 20, 2016. Photo courtesy of Reuters/Jonathan Drake/File Photo *Editors: This photo may only be republished with RNS-FIKED-OPED, originally transmitted on Nov. 3, 2016.
November 3, 2016
guest

Voters cast shadows as they wait in line at a polling station open into the evening as early voting for the 2016 general elections begins in Durham, N.C., on Oct. 20, 2016. Photo courtesy of Reuters/Jonathan Drake/File Photo *Editors: This photo may only be republished with RNS-FIKED-OPED, originally transmitted on Nov. 3, 2016.

(RNS) When evangelical Christians cast their votes for president, we must remember that religious freedom is at stake.

Sadly, many evangelicals have been misled to believe religious freedom means “keeping Christ in Christmas” during the holiday season. The reality is far more dire: Presidential candidate Donald Trump is singling out and advocating a system of persecution of a religious minority.

As Christians, we would never sit back and allow a government to tell its citizens how they should pray or whether they belong in our country based on faith alone. We cannot allow fear and bigotry to determine this election; we must maintain religious freedom as the core of our nation’s values.

I have had a great privilege and honor to work around the globe to promote international religious freedom. I have traveled to many countries where religious freedom is nonexistent or greatly threatened. I’ve spoken out firmly as an evangelical who wants to be rooted in the original meaning of the word gospel, which means “good news,” and for this reason I am grateful to call the United States my home.

America was founded on religious pluralism and equality, and it is this principle that allows me to share the “good news” with my neighbor. Trump’s attempt to undermine our religious freedom protections will only hurt our ability as American evangelicals to advocate for religious freedom around the world. How can we argue for Christians’ religious freedoms in Muslim-majority nations if our own country bans an entire faith?

I have thought a lot in this election year about what Trump’s anti-Muslim rhetoric means for evangelical Christians. Evangelicals are followers of Christ who put a high authority on Scripture. We listen when Scripture tells us how to interact with our neighbors. As Leviticus 19:33-34 dictates: “When a foreigner resides among you in your land, do not mistreat them. The foreigner residing among you must be treated as your native-born. Love them as yourself, for you were foreigners in Egypt.”

For too long, this election cycle has demonized citizens who are Muslim. We must learn from our religious teachings: Violence begets violence, and hate begets hate. We need more love and less fear, and we must vote with our hearts and our minds, not with the parts of ourselves that look to others with suspicion over love.

American evangelicals don’t have to look far for a positive example of how to engage our neighbors who are Muslim. Just days after 9/11, President George W. Bush visited a mosque. He addressed the American people with these reassuring words: “America counts millions of Muslims amongst our citizens, and Muslims make an incredibly valuable contribution to our country. … And they need to be treated with respect. In our anger and emotion, our fellow Americans must treat each other with respect.”

Bush’s leadership after 9/11 showing solidarity with Americans who are Muslim is one of the things that I admire most about him.

Trump and his spokespeople seek to use terrorism and fear to make us turn against one another. They argue that it is “better to be safe than sorry,” which assumes outright bigotry somehow makes us safer.

To be clear: We must prioritize our safety and security. Our nation must address terrorism based on evidence, rather than singling out an entire group of people based on their religion. It’s not just the moral thing to do; it’s also what strengthens our nation’s security.

This year, our votes can be a referendum for what we, as evangelicals, will stand for. America is rooted in our ability to come together, united of all faiths, in support of a dream that all Americans will be able to worship without fear of violence or persecution.

Let’s remember the words of President Bush during his mosque visit. “This is a great country,” he said. “It's a great country because we share the same values of respect and dignity and human worth.” I hope my fellow evangelicals will remember the way religious freedom is really on the ballot.