Historians might disagree as to whether Martin Luther actually nailed his 95 Theses on the door of All Saints’ Church in Wittenberg in 1517. But on this there’s solid consensus: Luther’s writings launched the Protestant Reformation in 1517, and the world was never the same.

As the 500th anniversary approaches, “LutherCountry” – the area of Germany where Luther’s story unfolded – is gearing up for tourists eager to explore the area’s history and spiritual heritage.

“LutherCountry has been attracting visitors for centuries, but many of these historic destinations have been renovated and rebuilt in anticipation of the anniversary,” said Ricarda Lindner, regional manager of the Americas for the German National Tourist Office. “They are polished up and ready for go for 2017.” The tourist office has developed a webpage devoted to travel for the anniversary: www.germany.travel/luther.

“If you’ve ever thought about visiting this part of the world, now is the time,” said Dan Hermen, director of sales for Witte Travel and Tours in Grand Rapids, Mich., which has offered “Reformation Heritage” tours of the area for years.

Typically, the travel agency sends one or two church groups a year to LutherCountry, but for 2017, the tour company has already booked almost two dozen groups from colleges, churches and other organizations.

Awaiting visitors are more than 30 Luther-related sites along the Luther Trail, which spans some 1,000 miles through the states of Thuringia and Saxony-Anhalt. Key sites, many of them boasting special exhibits or festivities in 2017, include:

The anniversary year will cap a decade of Reformation-inspired festivities and special exhibits, both in Germany and abroad. Museums in New York, Atlanta, Minneapolis and Los Angeles are currently exhibiting documents and artifacts from the Reformation, in part to spark interest in travel to Luther’s homeland.

The most comprehensive, “Martin Luther: Art and the Reformation” at the Minneapolis Institute of Art, presents books, paintings and graphics detailing Luther’s role in the Reformation. Thomas E. Rassieur, the museum’s John E. Andrus III Curator of Prints and Drawings, said the exhibit is drawing people interested in history and art as well as those who look to Luther as a spiritual father.

“Luther changed the world that he lived in and the repercussions are still with us today,” Rassieur said. “He stood up to power and showed that the individual voice can make a difference.”

When scholars are queried about the most important figures in modern history, “it’s amazing how often Luther’s name crops up near the top,” said M. Patrick Graham, director of Pitts Theology Library in Atlanta, which is hosting another Reformation exhibit. “Luther’s shadow is a very long one and affects many areas outside of theology and church matters.”

After translating the Bible into German, Luther promoted education, including the education of women – a novel idea at the time – so ordinary people could read the Bible. He married a former nun, changing attitudes toward marriage and raising children. Luther’s message of human liberation and freedom, Graham said, still resonates.

Luther also had flaws, but Graham said German scholars aren’t glossing over those for the anniversary. “They acknowledge (he) was an ordinary man and had things that are really marks against him,” including the hateful tracts against Jews and Muslims that Luther authored.

LutherCountry was part of East Germany for 40 years, until the Berlin Wall fell in 1989. The area struggled economically, which may have actually helped retain its authentic feel, Rassieur said.

“Many of these places have been the beneficiaries of benign neglect,” he said. “They haven’t been over-restored. We often ruin the things we love, but this area is still kind of sleepy and well-preserved.”

While not overly touristy, LutherCountry did benefit from investments in the infrastructure by the German government, making it more accessible for tourists. Luther traveled extensively across the region on foot and on horseback; tourists in 2017 can connect easily to key spots thanks to Germany’s train (Deutsche Bahn) infrastructure, a high-speed and regional system linking many of the spots along the Luther Trail.

By retracing Luther’s steps, Graham said, visitors can appreciate the magnitude of his imprint on the world.

“Luther comes to Wittenberg in 1512, and after only five years, starts the Reformation in 1517, and it just changes the world,” he said. “When you walk the streets, and see the furniture in his study, it diminishes the illusions of grandeur, and puts in stark relief how a humble place can have such a tremendous impact.” 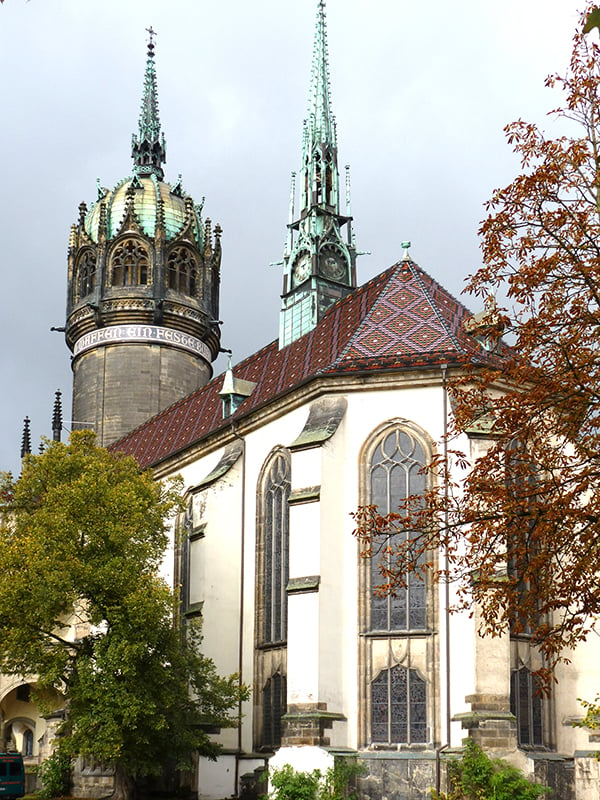 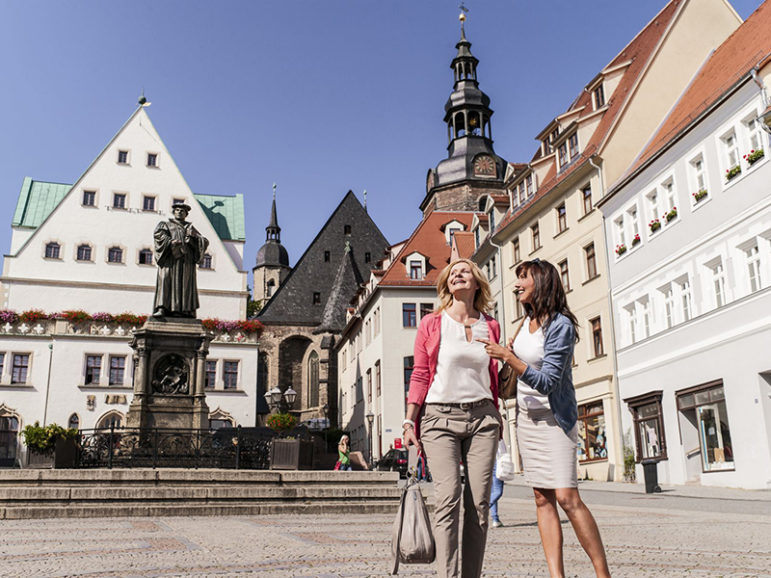 A visit to LutherCountry wouldn’t be complete without a stop at the house and room where Martin Luther died in Lutherstadt Eisleben. Photo courtesy of the Stiftung Luthergedenkstätten in Saxony-Anhalt, Tobias Wille Martin Luther studied Latin at St. George’s School in Eisenach from 1498 to 1501, living with the Cotta family at the time. The house, now called Luther House, holds an exhibition on his formative years. Photo courtesy of Thuringia Tourist Board 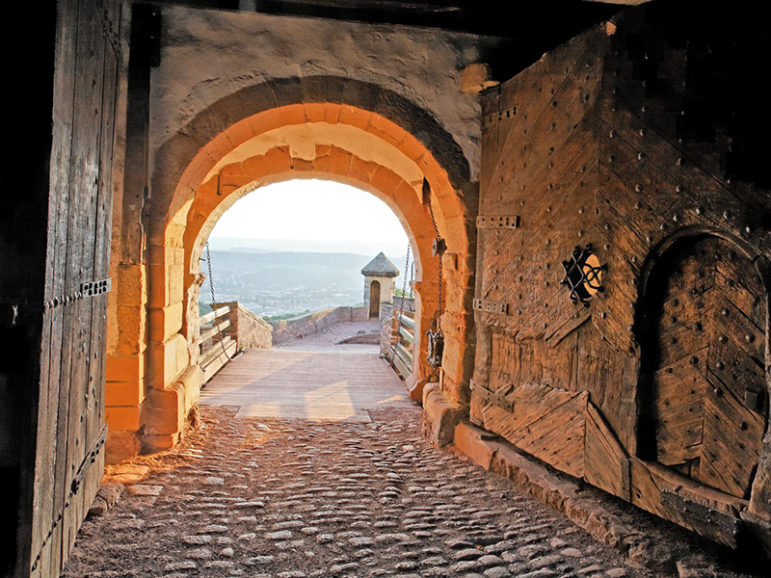 Refusing to recant his 95 Theses, Martin Luther sought refuge in Wartburg Castle, above the town of Eisenach. Photo courtesy of Mohnheim GmbH 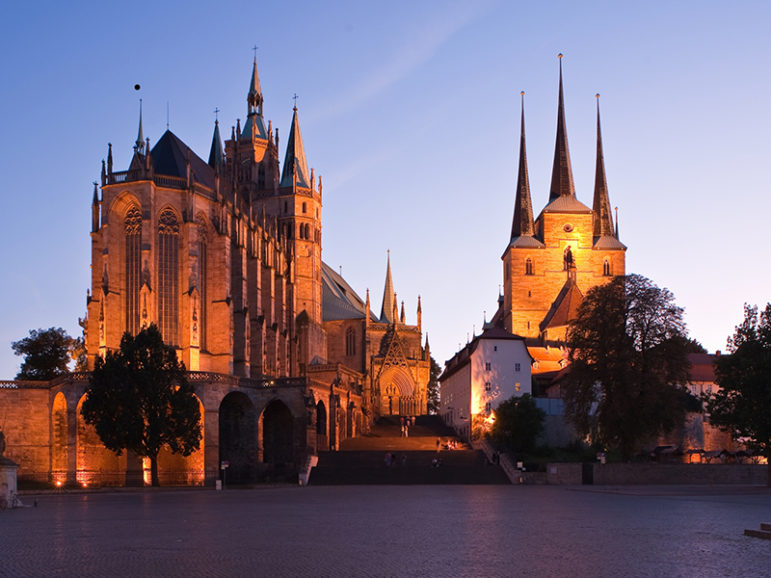 Home to Martin Luther during his early Augustinian monk years, Erfurt’s Cathedral and Church Square was and still is an iconic representation of the city. Photo courtesy of Erfurt Theater, L. Edelhoff 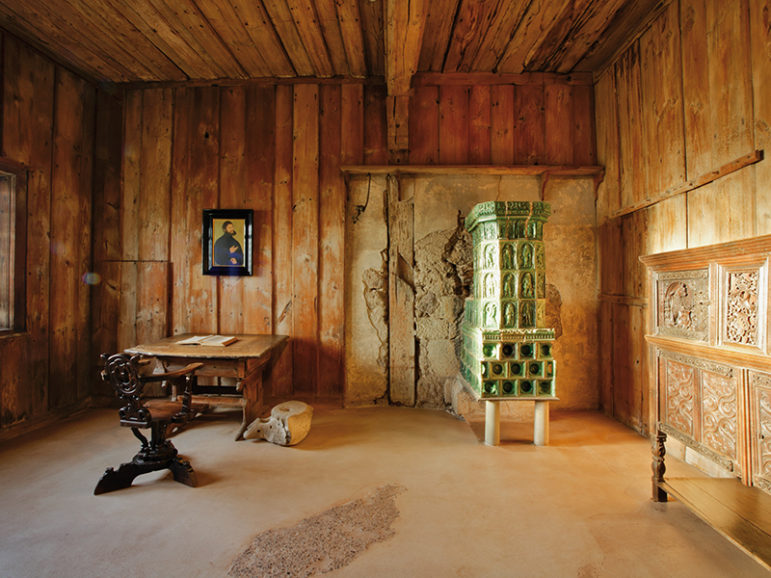 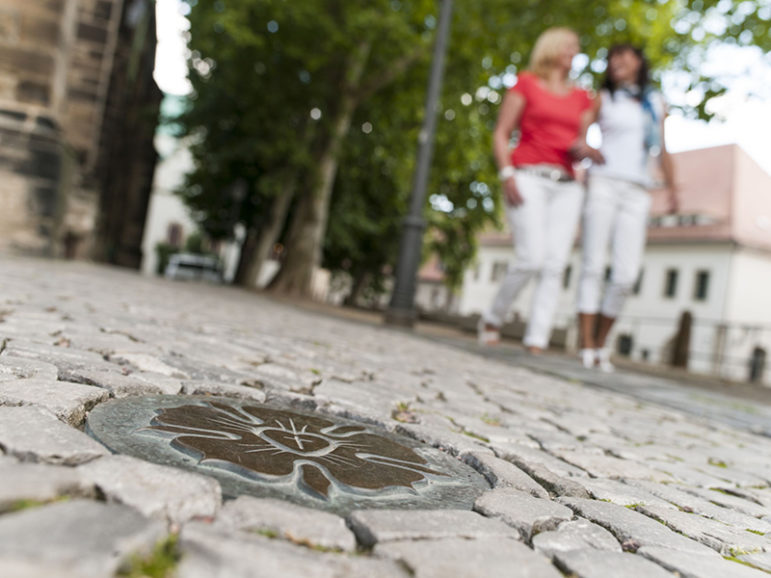 The over 1,000-mile-long Luther Trail through LutherCountry is cleverly marked along the way. Photo courtesy of Routes to Luther 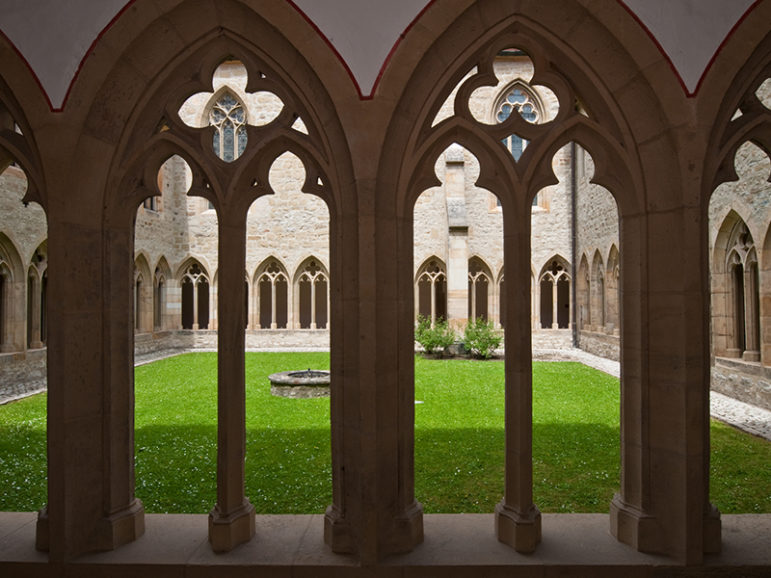 Walk in Martin Luther’s footsteps at Erfurt’s Augustinian Monastery, where he lived from 1505 to 1511. Photo courtesy of Thuringia Tourist Board 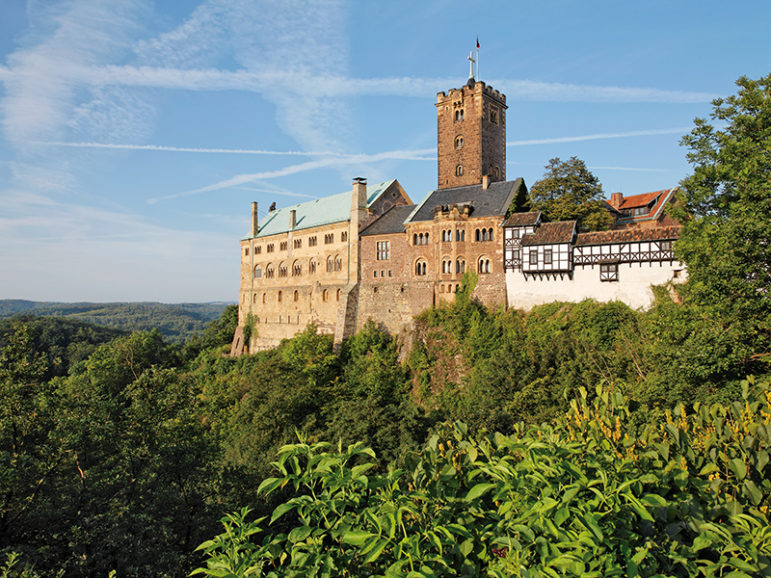 Large, imposing and steeped in nearly 1,000 years of history: A UNESCO World Heritage Site since 1999, Wartburg Castle stands high above the town of Eisenach. Photo courtesy of the German National Tourist Board