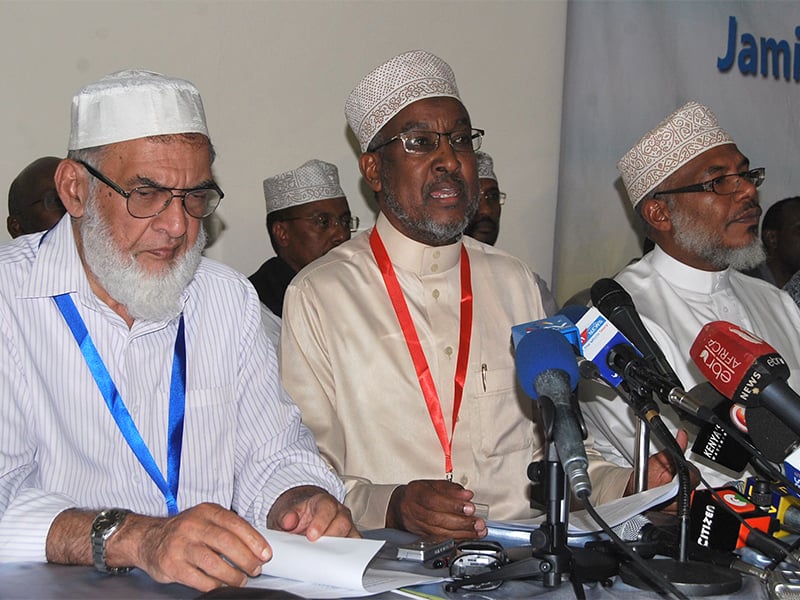 The clerics, some as old as 50 years, have disappeared or died after security services labeled them terror suspects.

“The common thread is all the victims are Muslims … perceived by authorities to be actual or potential terror suspects,” said Hussein Khalid, the executive director of Haki Africa, a human rights organization that has been offering legal aid for victims’ families.

According to activists, the clerics’ alleged crimes ranged from radicalizing youth to facilitating attacks and recruiting for al-Shabab, the al-Qaida affiliate in Somalia.

Kenya deployed troops to neighboring Somalia in 2011 to fight the extremist group al-Shabab but has since suffered several terrorist attacks on its soil.

Three years ago, Saada Juma Seleman’s husband, Hemed Salim Ahmad, disappeared when the police stormed the Masjid Musa after allegations surfaced that it was hosting terrorism training. He has never been seen again.

Now, Seleman, mother of three, said she doesn’t know what to tell her 9-year-old son, who wants to see his father.

“I have given him all kinds of explanations, but now I don’t know what to tell him,” she said. “It’s painful and traumatizing.”

Since 2014, she has embarked on a frustrating search for justice. 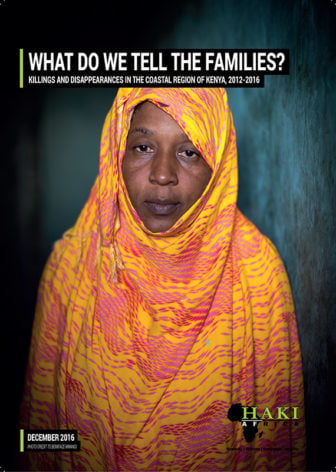 The cover of the HAKI Africa report titled “What Do We Tell The Families?” Photo courtesy of HAKI Africa

The report, released Wednesday (Dec. 7), indicates the killings increased after Kenyan troops entered in Somalia in 2011 in pursuit of al-Shabab.

The disappearances peaked after the September 2013 Westgate Mall massacre, in which attackers killed 67 Christians after separating them from Muslims.

A police spokesman, George Kinoti, released a statement in response to the report. "The National Police Service rejects the allegations as based on unfounded distortions of the real facts," Kinoti said. "We also reject totally claims of religious profiling as we only focus on criminals irrespective of their religious affiliation."

Christian clergy said that while they support the government rooting out terrorism, they do not support the disappearances and killings.

“We urge the government to investigate, since these killings cause unnecessary fear among the families,” said Anglican Bishop Julius Kalu of Mombasa. “We want to live in peace. The government should take control.”

The Rev. Peter Kariuki, a Roman Catholic priest, added that the lack of a resolution may have unintended consequences.

“The Muslims may start feeling one faith is targeted and retaliate on Christians,” he said.