JERUSALEM (RNS) Ivanka Trump and thousands of other Orthodox converts to Judaism should be automatically recognized as Jewish under a landmark set of guidelines Israel’s Chief Rabbinate has promised to create.

Israel’s two chief rabbis announced on Wednesday (Dec. 7) that for the first time, they will establish a transparent set of criteria laying out which Orthodox rabbis in the Jewish diaspora have the authority – in their eyes – to perform conversions.

The announcement follows a 2015 Jerusalem court petition by the advocacy group ITIM, which has long demanded that the rabbinate — the authority on all Jewish matters in Israel — release its list of approved rabbis and publicly share its vetting process. 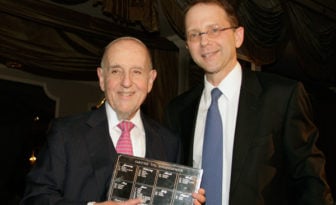 For more than a decade the rabbinate has challenged the validity of many conversions performed by American Orthodox rabbis, including some carried out by Rabbi Haskel Lookstein, the rabbi who converted Trump.

Trump’s conversion hasn’t been subjected to the rabbinate’s scrutiny because she has not sought its stamp of approval.

The rabbinate’s questioning of diaspora rabbis’ credentials has forced a wedge with Orthodox Jews in the diaspora, who assert the rabbinate, an Israeli government institution, has no authority over their rabbis and institutions.

Rabbi Seth Farber, founder of ITIM, expressed both hope and skepticism, noting that the rabbinate made a similar promise exactly one year ago in response to ITIM’s court petition. The rabbinate shared an incomplete list with ITIM in April. 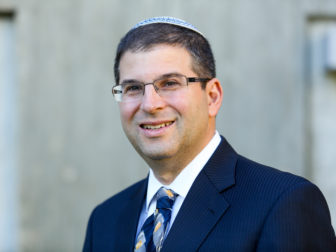 “On the one hand this announcement is an enormous victory because this is the first time in this 11-year battle that the rabbinate acknowledged their behavior has been incredibly destructive to people’s lives and in need of serious reform.”

If the rabbinate fails to deliver on its promises, “we will continue to pursue legal action, this time in the High Court,”  Farber said.

Sephardi Chief Rabbi Yitzhak Yosef said the reform “is expected to stop the suffering of many converts who have been through a conversion abroad when they come to register for marriage and divorce in Israel.”

From now on, he said, every conversion approved by a rabbi on the rabbinate’s list will be automatically approved.

For example, Yosef added, the conversion of Ivanka Trump, the daughter of the president-elect of the United States, would be legitimized without the need for further checking.

Martini Judaism
We need a louder and broader Jewish voice
Follow us on Facebook!
Submit your photos to RNS