For many traditionalist Christians, the doctrine of “original sin” is a sacred cow. But author Danielle Shroyer hopes to send it to the slaughter house with her book, “Original Blessing: Putting Sin in Its Rightful Place.”

The doctrine of “original sin” asserts that human nature was corrupted due to the first sin by Adam and Eve and, therefore, all humans are inherently sinful. It is a “theological construct,” which means it isn’t explicitly laid out in the Christian scriptures, but rather derives from quilting together various passages. The first formulation of the doctrine arises with Augustine around the late 4th Century AD.

RNS: Some people say they believe in the doctrine of original sin because of the Bible. But the doctrine developed hundreds of years into the common era. Tell us about the origin of this doctrine.

DS: It’s fair to say Augustine popularized the idea, and by the time of the Reformation it had become widespread in the West. While the early church talked about sin as an action or an illness, Augustine and others shifted language to an inborn sin nature. Once that happened, all the theological focus went toward trying to fix the problem of sin. The cross was seen differently, and salvation became primarily about sin management, and human bodies became suspect, and on and on. So I call original sin the red sock in our theological laundry, because it has the potential to discolor everything. 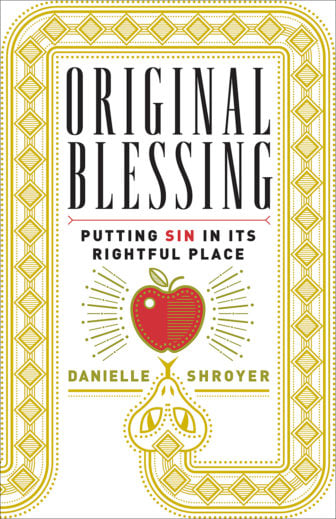 RNS: Why is this doctrine so important that you felt you needed to write a book about it?

DS: As a pastor and now a writer, I want to help people grow into a mature relationship with God. I just don’t think original sin is helpful in doing that; in fact I think it’s very often harmful. The most faithful and centered people I know have a healthy sense of dignity and an honest view of their own shortcomings, and that’s exactly what original blessing gives us. If you want short-term obedience, scare or shame people. If you want transformation, anchor them to God’s unconditional love.

Here’s the thing: people know they sin. What they don’t know is what to do about it. I don’t think the best answer is admitting you are irrevocably bad. I think it’s realizing your home has been in God all along, and it’s time you head that direction, because abundant life is waiting.

RNS: But what is the scriptural basis for the doctrine of original sin?

DS: Scripture certainly talks about the universal reach of sin. But no passage or verse in scripture speaks definitively to the concept of an inborn sin nature. We can take sin seriously without going there. After all, Jesus didn’t believe in original sin, and the disciples and the early church didn’t either. What we see in scripture is a story of people sometimes behaving terribly and people sometimes behaving righteously. It’s often the same people. Some call that a sin nature. I think we simply call it human nature.

RNS: How do you think this doctrine affects the perspectives of most Christians?

DS: Original sin hinders us from seeing the world as created for connection—to God, to each other, to all created things. It forces us instead to begin with the notion that humans are separate from God.  It forces us to be at odds with our bodies and desires and gives no solvable way to integrate them. And it can make our view of salvation small: mostly self-focused, and mostly about the afterlife. So Jesus becomes the solution to a sin problem, not the life of the world. I think it’s an incredibly limiting perspective, at odds with the cosmic scope of the gospel.

RNS: What is “original blessing?”

DS: We are in a relationship with God, and God started it, and God is sticking with it. While original sin is centered on human action, original blessing is centered on God’s sovereign choice to love us. God gives us this relationship at first breath, and when we respond by anchoring ourselves to God’s steadfast love, we find right relationship/shalom/wholeness with everything else. The deepest truth of the world is that we find our home in God because God is our home. 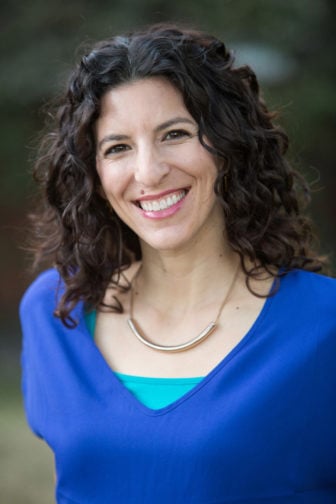 Danielle Shroyer is the author of “Original Blessing.”

RNS: Is this an overly optimistic view of humanity? People have done more terrible things throughout history than we have space to name here.

DS: I don’t know any power other than the steadfast love of God that can conquer evil and reconcile those terrible things. So, to me, it feels risky to try to ground our humanity in anything less than that power. I think original sin is overly pessimistic, and belief in human progress is too naive. Original blessing wisely reminds us we are all capable of both remarkable good and horrifying evil. It reminds us to be wise as serpents and innocent as doves. You could say it’s a grace-filled view of humanity, but I wouldn’t call that optimistic. I’d call it the good news.

RNS: Some might say that original blessing makes light of sin. How do you respond?

DS: I think original blessing actually takes sin more seriously, because it tells us we are actually capable of being faithful… and yet loved when we are not. That kind of unwavering love gives us courage to be honest about our sins and the sins of the world, and empowered to do something about it. It gives us permission to practice, which is all we can do anyway. I’m honest about my flaws with my husband because I know he loves me despite them. And that’s why I can move from self-pity or guilt to repentance and action. God has designed us to be transformed by love. That is how we take sin seriously.

RNS: What about the understanding that Jesus’ death and resurrection “reversed the curse?” Doesn’t your view change the way we think about the cross and tomb?

DS: Well if you read closely, it’s the snake and the ground that are cursed, not Adam and Eve. So I’m not a huge fan of that saying. I think it’s impossible to explain what happened in Jesus’ life, death and resurrection with any simple formula. He came to be God-with-us. He came as the Messiah. He came to embody faithful humanity. He came to be the Way and to make a way. He came to glorify God and to empty himself. He came to share in our deepest sufferings, and to bless us even as we killed him. He came to defeat death, and to bring abundant life. I don’t think there’s any bottom to that well of mystery. But I think original blessing gives us more room to explore it.