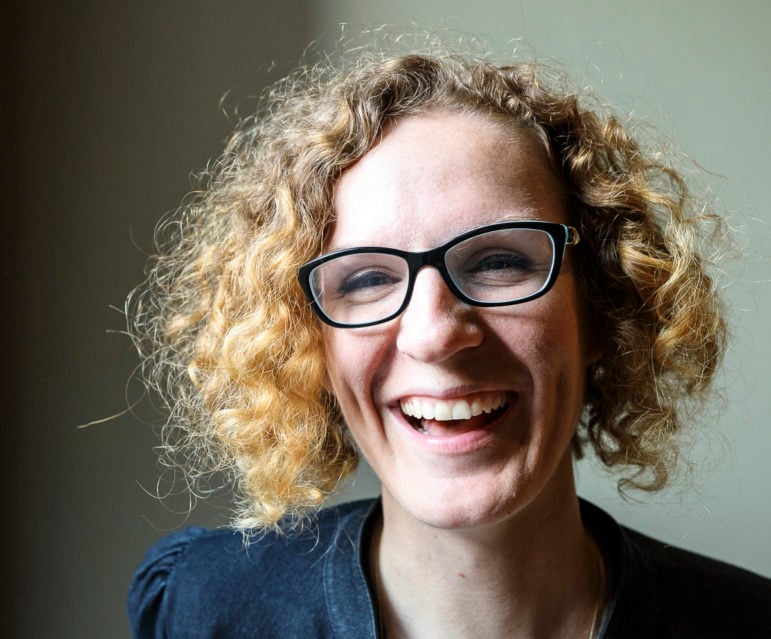 Ready to meet some “fierce-ass” women of the Bible?

Alice Connor is a campus minister at the University of Cincinnati, Episcopal priest, and debut author. Her book Fierce: Women of the Bible and Their Stories of Violence, Mercy, Bravery, Wisdom, Sex, and Salvation was just published by Fortress Press.

I’m proud to say that Alice is also my friend. Here is the endorsement I wrote for her book:

But don’t just take my word for it (cause, like I said, we’re friends). Old Testament heavyweight Walter Brueggemann raved about it too:

If you like a good story, read on as I talk with Alice about the book. –JKR

RNS: There are lots of books about women in the Bible. Why’d you write this one?

Alice Connor: I wrote this because I am sick of a) the stories of women in the Bible being ignored (which is a little harsh; we do read about some of them, but for the most part the stories we tell are masculine); and b) the feminine story being only about a woman as a wife and mother. I am a wife and a mother, and I could definitely be better at both those things, but that’s not all that I am.

And for the most part, that’s not what the Bible stories are about. They’re about being a wife and mother only because the women in that era, and in many eras, are wives and mothers, but that is the veneer on what the writers and what God is trying to tell us with their stories. 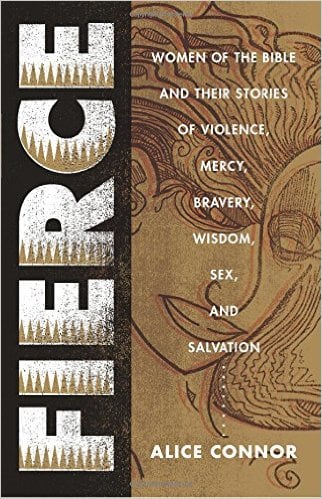 RNS: Can you give me an example?

Connor: Ruth’s story would seem to be entirely about being a wife and mother. It’s a sort of romance novel where she and Boaz fall in love, and she provides a grandchild/child for her mother-in-law Naomi. And it’s not not about that, but it’s also about how we care for each other.

Specifically, it’s about Naomi and Ruth caring for each other—Ruth refusing to leave her, in contrast to Orpah, and Ruth’s labor that she does when they get to Israel. That’s why Boaz is attracted to her, when he sees how she labors to care for her mother-in-law. And so the beginning of their relationship, it’s about how Boaz is caring for her. Maybe there’s a sexual component in the beginning, but he sees her and knows she is a woman of kindness and truth, and he tells her to drink water, to take grains from the stalks rather than the stuff that falls to the earth. It’s an allegory for fertility and the nation of Israel feeling dead in a lot of ways, and coming back to life in the coupling of Ruth and Boaz. In the Jewish tradition it’s read at Shavuot, the festival of the harvest. It’s all about plenty, and coming back to life in a time when it feels like everything is dead and dying.

So it’s very much a story for women, but it’s not just about women. It’s for everybody, because everybody needs that experience of coming back to life.

RNS: You have a great chapter on Song on Songs, which you say is the only book in the Bible that’s written by a woman.

Connor: Yes, as far as we know anyway. She speaks in the first person in the text, with no framing sequence. There’s nowhere else in scripture where that happens. Here we get her unmediated thoughts and desires.

Song of Songs is a really good example of how scripture is R-rated, but it’s not light and pretty and fun. Mostly it’s not. We Christians have a habit, particularly recently, of making Christian films that teach good moral messages about being kind. They don’t have swearing, and there’s no nudity. It’s not that they don’t deal with weighty things, but they do so in a simple way. I don’t think that’s fair to scripture.

If you were to go back and read any of these stories I’m telling in the book, but also most stories in scripture, they’re pretty dirty. I mean literal dirt and metaphorical dirt. And we skip that. The story of Noah’s Ark gets done in nursery paper and cute books for kids with little round, fat animals and rainbows. You can probably find some of those books in the library here in this room [gesturing to the church library where we’re sitting]. And the dove, and the cute little ark. Those things are in the story, yes, but the story is about destruction, and God’s repentance that God made us. That’s not cute and childlike. It’s always been odd to me that we use that as a children’s story. Not that we shouldn’t tell them the story, but it’s the cleaning up of the story, the making it sweet, that bothers me.

So taking scripture seriously means taking our lives seriously as well, that we are not perfect. And that that’s OK. So were all these big names of the faith. And they have something to say to us about how to live in that space of imperfection.

Connor: [laughs] I don’t know that I have a favorite one. The one that makes me cry every time is Hagar. There’s a particular line that does it. She gets sent out into the desert twice, once by Sarah and the second time by Abraham. After the first time, she comes back. The second time, she still survives, and becomes a sort of grandmother of Islam. But while she’s out there with her one bottle of water, she wanders in the desert, carrying her water in one hand and her son in the other, the one load getting lighter while the other gets heavier. I cry because of how many women right now are doing that, who are in places where there is no hope and no life. And they might die in that space of hopelessness.

RNS: Who do you most want to read this book?

Connor: All the people ever! I want to fix everything!

No, I’m hoping to reach people who are in the church who either haven’t read or heard of these stories, or would be positively challenged by hearing a different interpretation of them. People who are ready to hear that.