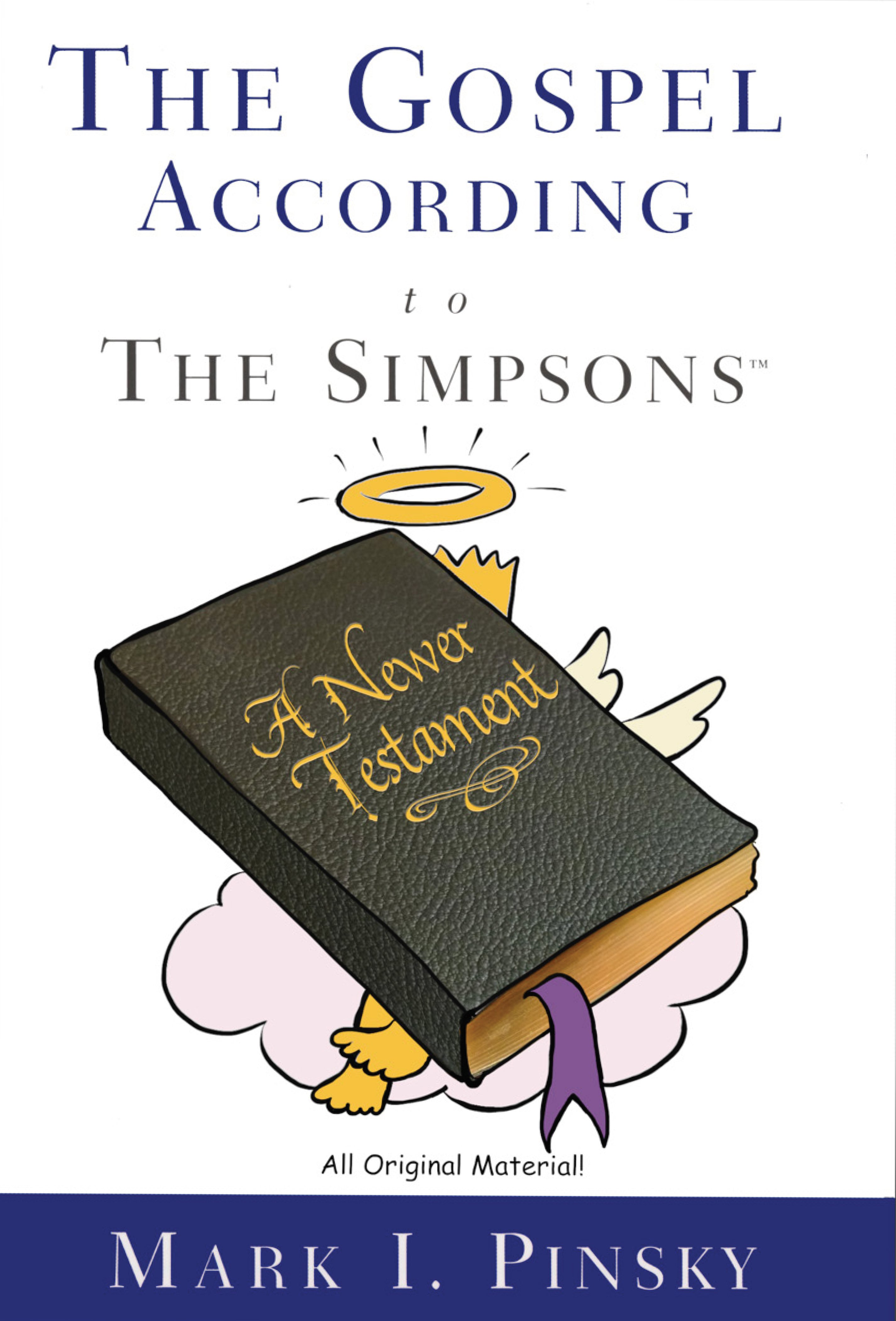 Veteran religion writer Mark I. Pinsky returns with a fresh, witty and insightful take on faith in America’s long-running animated TV sitcom: The Gospel According to The Simpsons: A Newer Testament. This ebook features all original material, covering the award-winning series from 2007, when the best-selling book was last published, through the 2016 season. There are more than 160,000 trade paper copies in print of the highly-praised previous editions of The Gospel According to The Simpsons, from Westminster John Knox Press.

Pinsky’s main finding is that since 2007 religion has become more prevalent, if not pervasive in the show, deeply woven into its narrative fabric. The author also highlights a surprising amount of humor devoted to the importance of sexuality in maintaining healthy, monogamous marriages and relationships.

However, there has been a significant evolution in the portrayal of faith, religion, and spirituality in the past decade, Pinsky says:

“The show’s most stalwart believers – mother Marge Simpson; evangelical next door neighbor Ned Flanders; and, to a lesser extent, Springfield Community Church’s Reverend Timothy Lovejoy – are the subject of less broadly-based ridicule for their Christian devotion and piety.”

“At the same time, these characters seem to have mellowed. They have become more tolerant of those of ‘lesser’ or different faiths, and of others’ liberal political and cultural views. As in their portrayal of other changes in the religious world, Simpsons writers have tracked shifts within the American evangelical movement, including the 2016 election.

“And, finally, the show has tackled the last of the world’s great religions: Islam. In a 2008 episode, “Mypods and Boomsticks,” a Jordanian family named bin Laden (!!!), moves to Springfield, and Bart befriends their son. Bart defends the boy from anti-Islamic prejudice, while Homer naturally assumes the father, a demolition expert who implodes obsolete buildings, is a terrorist.”

While ratings for the Sunday night prime-time series have declined over the past decade, The Simpsons remains a potent cultural force, earning an astonishing 32 Emmys and reaching a worldwide audience of more than 100 million in 100 countries. As recently as 2015, the First Presbyterian Church of Farmington, Michigan, was offering an adult education series based on the show. Last year, the show averaged just under four million viewers weekly in North America, across all media platforms, including the FXX cable channel.  An episode that aired on January 10, 2016, following an NFL playoff game, drew a season high of 8.33 million viewers.

On November 4, 2016, Fox announced that The Simpsons would be renewed for a 29th and 30th season, making it the longest scripted show in television history, with 669 episodes. “Take that ‘Gunsmoke!’” Homer said in a press release. “You lost a race you didn’t even know you were running!”

Trade paper, audio and foreign language rights available.
Available on Kindle, iTunes and BN.com
The Gospel According to The Simpsons: A Newer Testament
By Mark I. Pinsky
50,000 words
$4.99