(RNS) The Rev. Barry W. Lynn, an outspoken champion for church-state separation, has announced he will retire at the end of 2017.

“The last 25 years have been amazing,” Lynn said in a statement Wednesday (March 15) about his pending departure as executive director of Americans United for Separation of Church and State. But he said it was time for new leadership.

Lynn, 68, a lawyer and United Church of Christ minister, started his post at Americans United in 1992 and often drew criticism from the religious right. Previously, he worked for the American Civil Liberties Union.

Over a quarter century, his name was often synonymous with liberal advocacy for secularism in the public square.

Lynn joined other groups in a suit to remove the Ten Commandments monument installed by Alabama Chief Justice Roy Moore in his state’s judicial building. In another suit, Lynn helped halt the teaching of intelligent design in Dover, Pa., public schools when a judge ruled that the district was unconstitutionally supporting a variation of creationism.

As the Cabinet of the new Trump administration was taking shape, Lynn protested the appointment of now-Attorney General Jeff Sessions. In 1999, Sessions and other Republican senators sought to investigate Americans United, claiming its education of churches about the legalities of partisan politicking amounted to voter intimidation.

On Twitter and elsewhere, Lynn has continued a long fight against school vouchers. He criticized President Trump’s visit to a Catholic school earlier this month, saying he should have gone to a public school, “not to a private religious school that siphons away tax dollars.”

Bill Donohue, president of the conservative Catholic League, panned Lynn and Americans United for its anti-voucher stance, saying it was “(f)ounded as a virulently anti-Catholic group in the 1940s.”

Americans United has countered the anti-Catholic criticism, calling it an attempt to intimidate any critic of the political views of the Catholic Church’s hierarchy on issues such as abortion and LGBT rights.

The Rev. Neal Jones, president of Americans United’s trustee board, credited Lynn with increasing the organization’s budget fourfold and raising its presence in the grass roots and the media.

He said the board is searching for a new executive director as the organization celebrates its 70th anniversary this year. 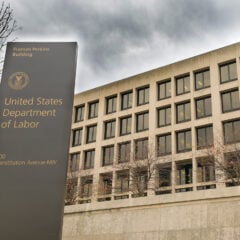 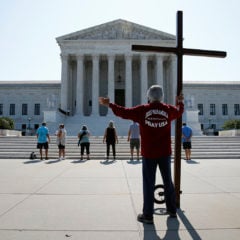 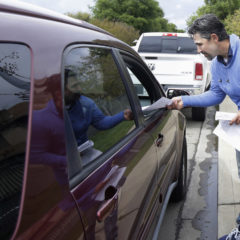 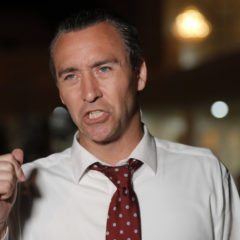