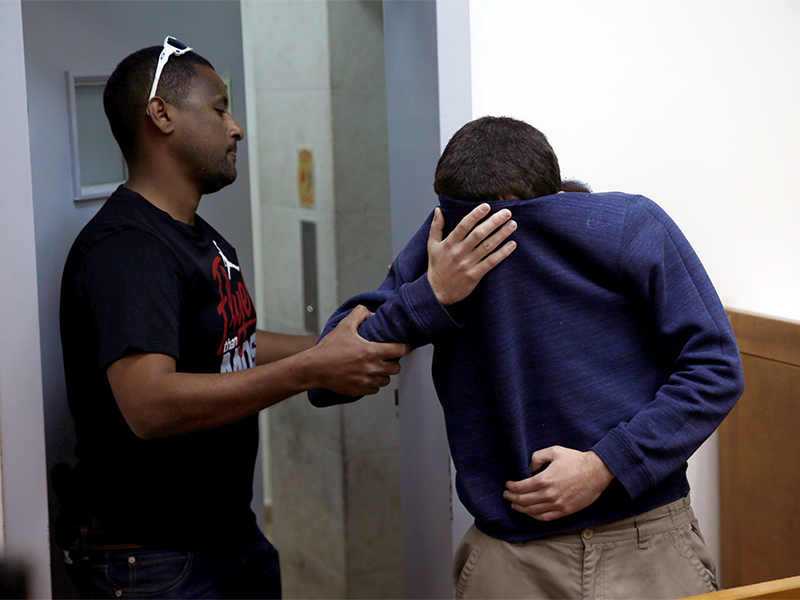 An U.S.-Israeli teen who was arrested in Israel on suspicion of making bomb threats against Jewish community centres in the United States, Australia and New Zealand over the past three months, is seen before the start of a remand hearing at Magistrate's Court in Rishon Lezion, Israel, on March 23, 2017. Photo courtesy of Reuters/Baz Ratner
March 23, 2017
Kevin Johnson

WASHINGTON (USA Today) - An 18-year-old Israeli-American has been arrested in connection with a wave of threats aimed at Jewish community centers, the FBI confirmed.

Israeli police arrested the suspect, identified as Michael Kaydar, as part of joint investigation with the FBI.

U.S. investigators believe the suspect is responsible for the bulk of the threats against Jewish institutions in the past several months. Kaydar, who never lived in the U.S., is facing charges related to the threats in Israel and there are no immediate plans for his transfer to the U.S. for prosecution.

"Today’s arrest in Israel is the culmination of a large-scale investigation spanning multiple continents for hate crimes against Jewish communities across our country,'' Attorney General Jeff Sessions said Thursday (March 23). "The Department of Justice is committed to protecting the civil rights of all Americans, and we will not tolerate the targeting of any community in this country on the basis of their religious beliefs.''

The threats spread fear in communities across the country, prompting some of the targeted institutions to upgrade physical security at community centers and offer personal training to staffers to better protect themselves.

Since January, according to the Anti-Defamation League, 165 bomb threats have targeted Jewish institutions across the country, including schools, synagogues and ADL offices in New York, San Francisco, Washington, D.C., and Boston.

Jonathan A. Greenblatt, the ADL's chief executive, said Jewish communities were "relieved'' by the arrest.

"While details of this crime remain unclear, the impact of this individual's actions is crystal clear,'' Greenblatt said. "These were acts of anti-Semitism. These threats targeted Jewish institutions, which were calculated to sow fear and anxiety and put the entire Jewish community on high alert.''

The Israeli teen's arrest is separate from the case announced earlier this month against a 31-year-old Missouri man who was charged with similar threats as part of a bizarre cyberstalking scheme to retaliate against a former girlfriend, federal prosecutors allege.

Juan Thompson, a former writer for the online investigative publication The Intercept, was arrested in St. Louis. He is accused of making at least eight bomb threats against Jewish institutions in New York, including the Anti-Defamation League, and across the country, in the name of a woman described in court documents as a "former romantic interest.''

Thompson, who worked for The Intercept for 14 months, was fired in January 2016 after editors "discovered that he had fabricated sources and quotes in his articles," the publication said in a statement.

According to court documents, one of the threats, emailed Feb. 21 to the ADL's Manhattan office, named the former girlfriend and said she "is behind the bomb threats against jews. She lives in nyc and is making more bomb threats tomorrow."