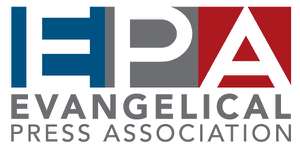 LOMBARD, Ill. — Writers and editors within the Christian periodical market will discuss the Trump presidency during the annual convention of the Evangelical Press Association when it convenes in Lombard, Illinois, on April 9 to 11, 2017.

“The Trump Administration: How Should the Church Respond?” is the subject of a panel scheduled for Tuesday morning, April 11. The panel will be moderated by Christianity Today editor Mark Galli. Participants include Katelyn Beaty, editor at large for Christianity Today; Daniel Darling, vice president for the Ethics and Religious Liberty Commission; and Julie Roys, talk show host of “Up for Debate” on the Moody Radio Network.

On Monday morning, April 10, popular speaker Ed Stetzer will address “Trends in Evangelicalism, Politics, and Culture: Navigating the New Landscape.” Stetzer is the Executive Director of the Billy Graham Center for Evangelism at Wheaton College and chair of the Evangelism and Leadership Program in the Graduate School.

“While many Christians supported the candidacy of Donald Trump for President, many did not,” said Executive Director Lamar Keener. “However, what matters now, regardless of one’s position or party, is to determine the most effective and productive way for Evangelicals to move forward.

The opening keynote speaker for the convention is Charlie Dates, senior pastor of Chicago’s Progressive Baptist Church. Dates is also an affiliate professor at Trinity Evangelical Divinity School and serves as an Adjunct Professor at the Moody Bible Institute. Dates serves on the Community Advisory Board for the Chicago Fire Department. He is a contributor to the 2014 book “Letters To A Birmingham Jail.”

Steve Green, the president of Hobby Lobby Stores, will also address the convention. Hobby Lobby is a chain of more than 700 arts and crafts stores spanning 47 states with 32,000 employees. In a case that captured front page headlines nationwide in 2014, the U.S. Supreme Court ruled in favor of Hobby Lobby’s challenge of the requirement that family-owned for-profit corporations pay for insurance coverage for contraception (Burwell v. Hobby Lobby).

The convention, which will be held at the Westin Lombard Yorktown Center in Lombard, Ill., will draw Christian magazine editorial and creative design professionals from all over North America.

The Evangelical Press Association is a professional association of Christian publications—magazines, newspapers and newsletters—and content-rich websites. Founded in 1948, its 300 members have a combined readership of more than 15 million. For information, visit evangelicalpress.com/convention.