DURHAM, N.C. (RNS) The text of the story is familiar to most Jews gathering around the table Monday (April 10) to recount the biblical story of their liberation from slavery in Egypt.

Indeed, many know parts of the Passover manual they will be reciting — called a “haggadah” — by heart.

But the images used to illuminate this ancient text, embellished with hymns, songs and prayers, tell an additional story. It is the story of Passover told visually through the ages.

Dozens of such books, spanning the 14th to the 21st centuries, are on display at a Duke University gallery and they showcase the artistic imagination used in the service of Passover, which is probably Judaism’s most widely observed holiday.

“The theme of the exhibit is to show how the haggadah has changed,” said Rachel Ariel, librarian for Jewish studies at Duke who curated the exhibit. “There’s so much variety.”

The haggadah was first compiled as a pamphlet or book around the 11th century. Illuminated versions began appearing two centuries later. One famous early version on display depicts the Israelites with human bodies but heads that look like birds with sharp beaks and animal ears.

Published in 1310 in southern Germany, the so-called “Birds’ Head Haggadah” is a mystery to most scholars. Some have posited that because of the second commandment of the Hebrew Bible, which forbids graven images, the Jews producing this haggadah resorted to portraying their ancestors with bird heads. But scholars such as Kalman Bland, professor emeritus at Duke’s Department of Religious Studies, have debunked that view.

“The commandment just says ‘Don’t make a graven image of God to worship,’” said Bland. “It doesn’t say you can’t make any images at all. There’s been Jewish art from the very beginning of days. It’s a 19th-century legend, myth and falsehood that there’s no artistic visual tradition in Judaism.”

Other medieval versions depict Jews as courtly men and women of their time.

The “Darmstadt Haggadah” of 1430, for example, shows Jews in medieval robes and gowns holding a book, presumably the haggadah — and conversing about it in a Gothic architectural setting of pointed arches and vaulted ceilings.

One panel that stands out is of a group discussion around a long table that may be intended to look like a Passover seder but distinctly resembles Christian drawings of Jesus’ Last Supper. That may not be all too surprising, given that some of the artists commissioned to illustrate these books were likely Christians, said Marc Brettler, professor of Judaic studies at Duke.

“In some cases, scholars believe that Christian illustrators were working under Jewish patronage,” Brettler said. “Jews commissioned them and told them what to draw. Some illuminators were clearly influenced by Christian artistic motifs.”

Over the years, Duke University acquired more than 450 haggadot (plural of haggadah) from five continents in several different languages, including Russian, Italian, Yiddish, Ladino and Arabic. The exhibit includes versions from China, India and Israel, not to mention the countries where Jews were most populous such as Germany, Poland, Austria, Hungary, and Czechoslovakia.

This includes a 1946 haggadah published in Munich right after the Holocaust that depicts the terrible bitterness Jews had just experienced, in dark, black and white woodcuts by Hungarian survivor Miklos Adler (under the pen name Ben Benjamin). It was commissioned by the U.S. Army and intended for survivors in displaced persons camps.

But some of the most memorable are 20th-century U.S. versions. There’s Ben Shahn’s haggadah (1966), featuring watercolor drawings mostly done in the 1930s.

And there are collections of themed haggadot that adapt the ancient story of Exodus to present-day liberation stories.

There’s a “Let My People Go” haggadah from 1972 that intended to raise awareness of the plight of Soviet Jewry. Its black-and-white cover is a sketch of the onion domes of Russian Orthodox churches with a long row of anonymous-looking stick figures lining up at a side door. 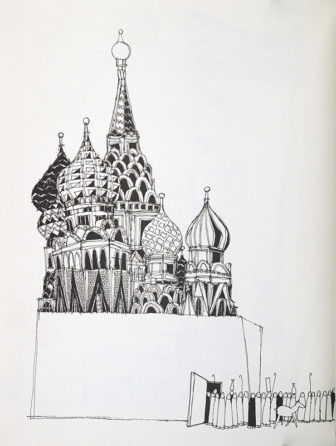 And then there’s a series of civil rights and post-civil rights era haggadot. Among them: “The Haggadah for the Liberated Lamb,” a 1988 vegetarian manifesto, and “Like an Orange on a Seder Plate: Our Lesbian Haggadah” (1999).

That each new generation reimagines the universal message of liberation is a testament to the power of the story.

To hear Rabbi Arthur Waskow tell it, the Passover story forever changed his life. He was working as a civil rights activist in Washington when the Rev. Martin Luther King Jr. was murdered on April 4, 1968.

A secular Jew, he was on his way to a seder, or Passover meal, a week later when a Jeep with a machine gun and soldiers on the street quelling a riot cut him off.

“My kishkes (or gut) began to say, ‘This is Pharaoh’s army on the street,’” he said. “I was shaken. The haggadah came alive. I went away totally changed.”

Later that year he began writing “The Freedom Seder: A New Haggadah for Passover” recruiting his friend, visual artist and jazz flutist Lloyd McNeill, who was not Jewish, to illustrate it.

Ramparts magazine and later Holt, Rinehart and Winston published the haggadah, which wove together the traditional liturgy alongside texts by King, Henry David Thoreau and Mahatma Gandhi, among others. The Freedom Seder Hagganah from 1970. Image courtesy of Micah Press

In the Duke exhibit, “The Freedom Seder” is open to the title page, an illustration of a mustachioed black man, possibly King himself, and what looks to be a jail cell in the background.

“The reason I’m a rabbi now is because of ‘The Freedom Seder,’” said Waskow, who was ordained in 1995, 26 years after his haggadah was published. “It was writing me as much as I was writing it. I was possessed.”

(“Capturing the Moment: Centuries of the Passover Haggadah” will be on display near the entrance to Duke University’s Perkins Library through June 11)