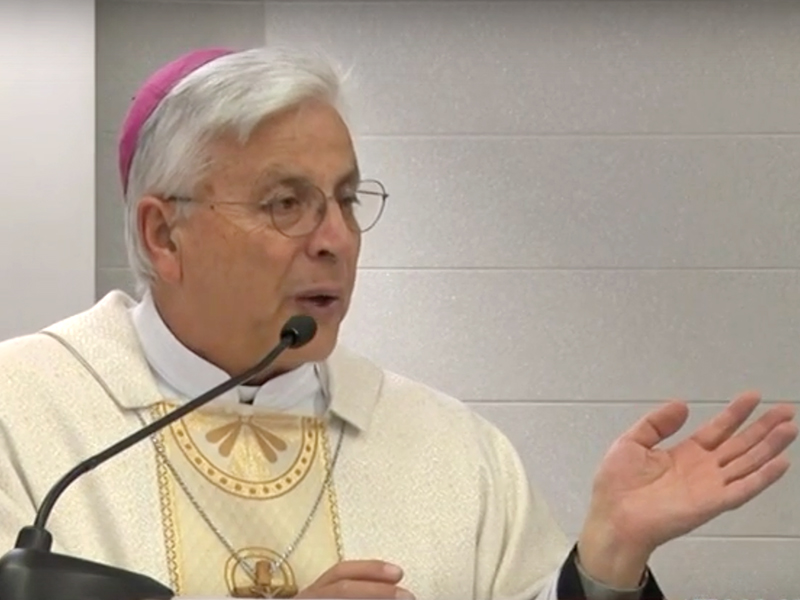 ROME (RNS) An elderly bishop has taken up Pope Francis’ call to take the Catholic Church to the “peripheries” and evangelize among non-Christians.

Bishop Gianfranco Todisco, who leads the diocese of Melfi-Rapolla-Venosa in Basilicata, a region of southern Italy, said he wrote to the pope last year saying he wanted to return to his work as a missionary.

From 1978 to 1999, Todisco, who is 71, served as a missionary in Canada and Colombia. His was expected to remain a bishop until the mandatory retirement age of 75.

“Someone might think that behind my desire to return to being a missionary there is another hidden motivation linked to difficulties, dissatisfaction or a desire for a ‘change of air,’” Todisco said in a letter published on the diocese website. “It is none of that.”

He told his parishioners his “only true motive” to resign from his diocesan duties was his drive to dedicate himself to missionary work. “The desire to return to a mission was becoming more compelling every day,” he said.

Of his current post, where he was appointed in 2002, Todisco said he never really sought it out: “I accepted it because I always saw my superiors’ decisions as the will of God.”

The Catholic Church evangelism network is active in building new communities and churches around the world, much of which it considers "mission" territory, as opposed to older established Catholic communities in Europe and North America, for example.

Todisco stressed his willingness to contribute as a missionary despite his age.

“I am ready to go anywhere you think I should be sent, even to the furthest and poorest parishes to the ‘peripheries’ of the church that you remind us not to neglect,” he told Francis.

Francis sent a letter to Todisco saying he was pleased to hear his news and then telephoned him personally in December to congratulate him and ask him if he was still willing to leave.

The bishop was unavailable for comment on Monday (April 24) but he told his congregation he would end his term in June. Italian media reports said he expected to be sent to Honduras.

Francis has spoken many times of the need for a more “missionary church” that takes the message of Catholic teaching to young and old in countries around the world.

In an address to missionaries at the Vatican last year the pope said: “Mission makes the Church and keeps her faithful to the salvific will of God.”