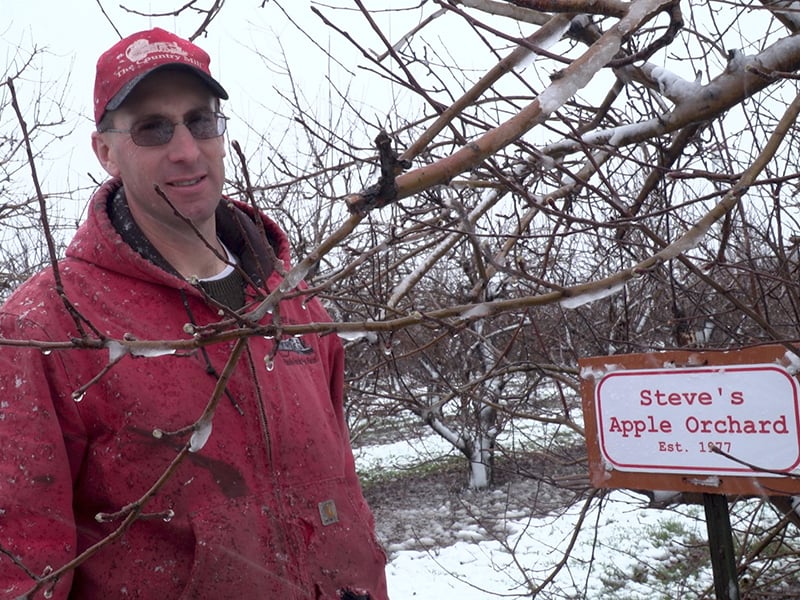 Catholic farmer Stephen Tennes is suing the City of East Lansing, Mich. after he was banned from a farmers' market because of his refusal to host a lesbian couple's wedding. Photo courtesy of Alliance Defending Freedom
May 31, 2017
Madeleine Buckley

(RNS) A Catholic farmer in Michigan is suing the city of East Lansing after he was barred from a municipal farmers market over his views on same-sex marriage.

Stephen Tennes filed a lawsuit at a federal court on Wednesday (May 31), seeking his reinstatement.

In it, Tennes says he was prohibited from selling his products after his business, Country Mill Farms, refused to host a lesbian couple's wedding at its orchard in Charlotte, 22 miles outside the city and he stated on Facebook "his Catholic belief that marriage is a sacramental union between one man and one woman."

Country Mill Farms had sold fruit and produce at the market for six years, but after city officials learned about the Facebook post, they “strongly and immediately pressured us not to return to the farmers market," Tennes told a news conference at the state Capitol.

According to the lawsuit, Country Mill is the only business to have been prohibited under the market's anti-discrimination policy.

In a statement, the city of East Lansing said the farmer's refusal to host a same-sex wedding violated a "long-standing ordinance that protects sexual orientation as well as the Supreme Court’s ruling that grants the right for same-sex couples to be married.”

The Alliance Defending Freedom, a Christian-based nonprofit legal organization representing Tennes, said his religious views have no bearing on his involvement at the market and said the city’s actions amounted to a First Amendment violation.

“Steve and his farm have been singled out and excluded from full participation in the life of the community for only one reason,” said ADF counsel Kate Anderson. “Steve expressed a viewpoint the city did not like.”

Flanked by supportive state lawmakers at the news conference, Tennes insisted his views on marriage had not prevented him from serving all farmers market customers equally.

“It’s our faith that informs us how to treat all who come to our farm and the farmers market with dignity and decency ... serving customers of many races, religions, cultures and those who identify with the LBGT community,” he said.