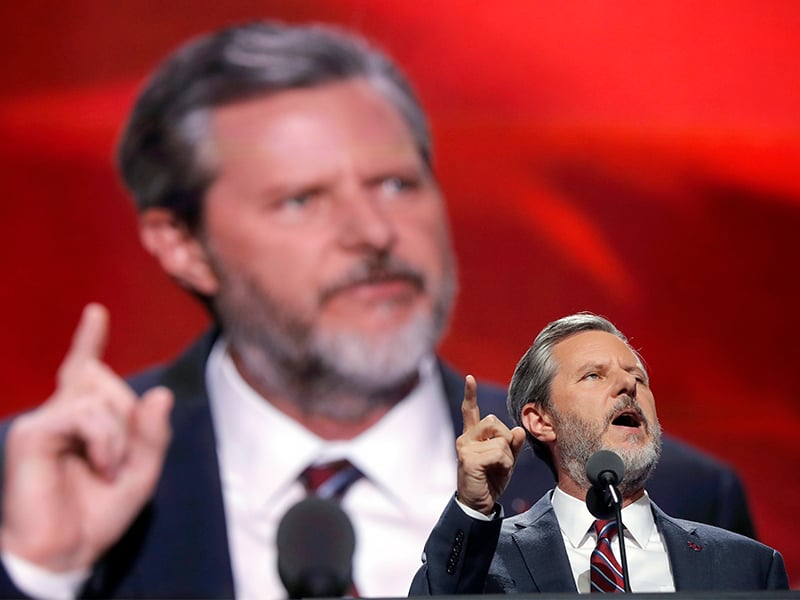 (RNS) Jerry Falwell Jr., president of Liberty University and a vocal supporter of President Trump, will be part of a planned task force on higher education, the White House confirmed.

According to Falwell, who spoke to The Chronicle of Higher Education, he will be one of 15 college presidents who will participate. Falwell told Politico, "we haven't had any substantive discussions on the issues yet."

Not much is known about the task force, which was first mentioned by Falwell in January — about the time he said Trump asked him to be the secretary of education, a post that instead went to another conservative Christian, Betsy DeVos.

Last week, Politico Pro reported the task force was not happening — before reporting later the same day that it was, with Falwell on board. Doubt may have stemmed from fact that Trump failed to mention it in his remarks at Liberty University's May 13 graduation or at the Faith and Freedom Coalition on June 9 — both ideal places to announce such a force.

And on May 31, the Department of Education issued a letter that did not include Falwell on a list of people who would work under its authority on a task force on regulation rollbacks.

"This is a White House task force and not a Department of Education task force," Falwell told Politico.

Any task force on education that includes an evangelical leader of Falwell's stature — he is the son of televangelist Jerry Falwell — is sure to please religious conservatives, a major component of the president's base.