LONDON (Reuters) Tim Farron, the leader of Britain’s pro-European Union Liberal Democrat Party, resigned on Wednesday (June 14), saying questions about his Christian faith ahead of last week’s election meant he felt it was impossible to continue in the role.

The Liberal Democrats were the only nationwide party that campaigned to offer Britons another referendum on whether to leave the EU. But they failed to increase their support and have only 12 out of Parliament’s 650 seats.

Although the party could still play an important role with Prime Minister Theresa May’s Conservatives lacking an overall majority, Farron had been criticized for running a disappointing campaign and had faced repeated questions about his Christian beliefs, particularly whether he believed gay sex was sinful.

“From the very first day of my leadership, I have faced questions about my Christian faith,” Farron said. “I’ve tried to answer with grace and patience. Sometimes my answers could have been wiser.”

He said the focus on his faith had been a distraction. The party’s spokesman on home affairs quit earlier on Wednesday, citing concerns about Farron’s views that were highlighted during campaigning.

Farron said he had concluded that it was impossible for him to stay as leader of a progressive, liberal party and live as a committed Christian despite not seeking to impose his views on others.

“I seem to be the subject of suspicion because of what I believe and who my faith is in,” he said. “In which case we are kidding ourselves if we think we yet live in a tolerant, liberal society.”

The Liberal Democrats had joined the Conservatives in a coalition government led by David Cameron in 2010 after winning 57 seats. However, five years later they were routed and won just eight.

Farron had said his party would not support either May’s Conservatives or the opposition Labour Party in forming a government after last week’s election left no outright winner.

He will stay on in his job until the party starts the process of electing a new leader next month. Former Business Secretary Vince Cable and Jo Swinson, who was a junior minister in the coalition government, are the favorites to replace him. 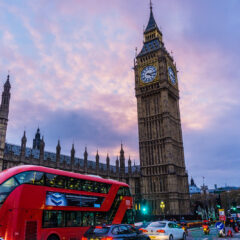 Faith
Survey: UK teens are more likely than millennials to believe in God 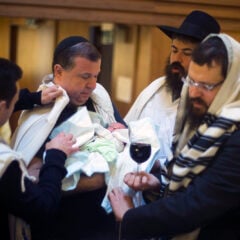