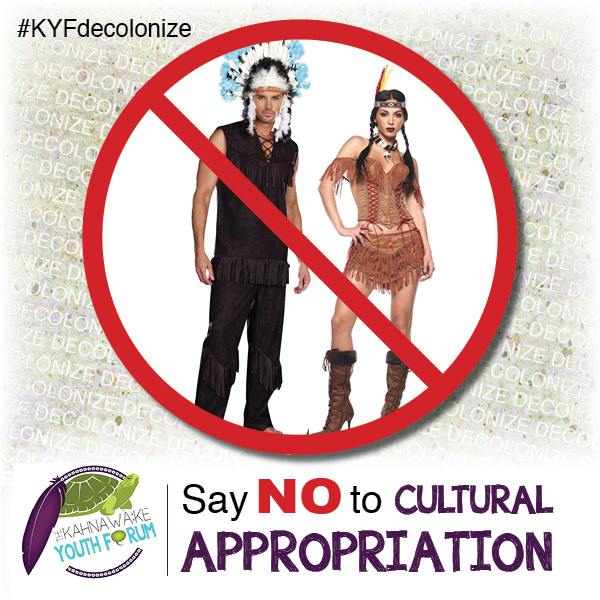 I used to love watching Dana Carvey as the Church Lady on Saturday Night Live. I loved his parody of the smugness, self-righteousness and ideological assurance that is typical of the religious and cultural right.

It is true of the cultural left, as well. Especially in the area of identity politics.

It is time to talk about the issue of cultural appropriation.

This can include the “unauthorized use of another culture’s dance, dress, music, language, folklore, cuisine, traditional medicine, religious symbols, etc.”

Now, for sure, no one likes wannabes, of any stripe. There is something pathetic about people who want to be everything and anything other than who and what they really are.

And, there is something maddening about those who take from other cultures — just because they want to.

Sometimes cultural appropriation does not feel good – especially when a “powerful” culture is borrowing elements from a less powerful culture.

A number of years ago, a Protestant minister invited me over for lunch. He had a Hanukkah menorah on his fireplace.

“I think it’s neat,” he responded.

My inner response was not as kind: “That's not yours.” I felt, well, culturally colonized.

But, by and large, cultural appropriation has been good — for the world, and for the Jews.

A little more than 50 years ago, the late Gerson Cohen, former chancellor of the Jewish Theological Seminary, gave an extraordinary speech, “The Blessing of Assimilation in Jewish History.”

Yes – Gerson Cohen, a religious Jew, an unambivalent Jew, believed that assimilation could be a blessing.

What he meant by “assimilation” was not sheer imitation for the sake of “fitting in,” but rather:

The healthy appropriation of new forms and ideas for the sake of our grown and enrichment. Assimilation properly channeled and exploited can thus become a kind of blessing… assimilation is a drug capable of paralyzing or energizing, depending on how we take it and how we react to it.

So, a short (and woefully incomplete) history of how other cultures have energized Judaism — or, at the very least, have offered their insights to Judaism, and how Judaism has interacted with those insights.

More like ancient Babylonian. The names of the months like Tishrei, Heshvan, etc. – they are all products of our sojourn in Babylonia.

Not only that: As a visit to the ancient synagogue at Beit Alpha in Israel will prove (I am taking a group from my synagogue there later in July), Jews were hardly immune to the attraction of astrology.

On the one hand, there were aspects of Hellenistic culture that were threats to Judaism. That is why we have the festival of Hanukkah — to celebrate the Maccabees' victory over (some of ) the forces of Hellenism.

To this day, the elegant Hebrew term for "assimilation" is l'hityavein — to become Greek.

But, on the other hand, there were aspects of Greek culture that Jews readily adapted. Like personal names, for example (ever wonder why so many Jewish men are named Alexander?) And aspects of Greek science. And even the emphasis on education — all Greek.

It is not as if the Jews only took from other cultures. We gave back as well.

By and large, cultural appropriation has been a good thing — within limits. We have to know what aspects of a culture are appropriation-worthy, and which are not.

That rejection itself deserves to be rejected.