SAN FRANCISCO (RNS) — Over the past few months, the Bay Area has been waxing nostalgic over the 50th anniversary of the “Summer of Love,” the 1967 season when “hippies” and tens of thousands of seekers, drifters and runaways poured into the city’s suddenly chaotic Haight-Ashbury neighborhood.

To many Americans, the psychedelic counterculture of the 1960s, which the Summer of Love came to represent, may seem like an irrelevant little experiment involving LSD, tie-dyes, free love, shaggy hairstyles and rock bands like the Grateful Dead and Jefferson Airplane.

It was all of that, but the mind-blowing revolution that rocked the streets of San Francisco that summer may also be seen as a new religious movement that profoundly shaped the lives and spiritual expression of millions of Americans who never dropped acid, grew a beard, burned their bra, or set foot in a hippie commune.

Anyone who has ever participated in yoga classes, practiced “mindfulness” meditation, looked into alternative medicine, or referred to oneself as “spiritual but not religious,” may want to find a 70-year-old hippie this summer and simply say, “Thank you.”

The “Cosmic Car” on a San Francisco street in 1967.  Photo by Gene Anthony

San Francisco had been drawing adventure seekers and freethinkers since the 1849 Gold Rush, but the immediate roots of the Summer of Love date back to the 1950s and the influential work of the Beat writers like Jack Kerouac (“On the Road,” 1957) and poet Allen Ginsberg (“Howl,” 1956).

The psychedelic experimentation in San Francisco took off in 1965, when novelist Ken Kesey (“One Flew Over the Cuckoo’s Nest,” 1962) gathered a Dionysian band of artists, musicians and drug enthusiasts known as the Merry Pranksters and held a series of LSD-fueled happenings around the Bay Area. Their story was immortalized by Tom Wolfe’s 1968 nonfiction book, “The Electric Kool-Aid Acid Test.”

Those who were in the middle of the San Francisco scene in the mid-1960s say the best of times were over by the summer of 1967, when the drugs got harder and the unconditional love got conditional.

It was all downhill, they say, following the Human Be-In in Golden Gate Park in January of 1967, when Timothy Leary, the former Harvard University psychologist and LSD guru, took the stage and told the stoned multitudes to “turn on, tune in, drop out.”

To Carolyn “Mountain Girl” Garcia, the 1967 Summer of Love “was very much a media distortion.”

“It drove people in vast numbers with expectations that were never met,” she said. “It was kind of a sociological disaster. But it was really wonderful when it was working.”

Garcia, now 71, was only 17 years old when she arrived in the Bay Area with her older brother from New York in the summer of 1963. Within a year, she met Neal Cassady, the real-life version of a charismatic character in Kerouac’s “On the Road.”

Judy Smith, wearing face paint and flowers in her hair as she and others gather at Golden Gate Park in San Francisco on June 21, 1967. Fifty years ago, throngs of American youth descended on San Francisco to join a cultural revolution. (AP Photo/Robert W. Klein)

Cassady introduced Garcia to Ken Kesey who christened her “Mountain Girl” and fathered Garcia’s first daughter, Sunshine. Within a few years, Garcia was living with Sunshine and Jerry Garcia, the lead guitarist of the Grateful Dead.

She later co-founded an organization called the Women’s Visionary Congress, “a community of adventurers from generations and traditions united to explore a more vivid and profound awareness of our inner and outer worlds.”

Carolyn Garcia sees psychedelic drugs and plants as a major inspiration for much of the broader spiritual experimentation in the 1960s, 1970s, and beyond.

“It got people into a spiritual dimension without the religion attached. It was personal contact with the realm of spiritual energy, with an unseen force that connects everybody to life itself, to nature,” she said. “Many spiritual communities have evolved from the hippie times, including people taking on Buddhism and other Asian religions and recreating them as modern movements. If you want to find out about spirituality and psychedelics, just talk to your yoga teacher.”

The best and worst of religion

Some former psychedelic enthusiasts question whether the consciousness-raising counterculture was all that effective in transforming American society.

He sees the psychedelic counterculture as a “microcosm of the best and worst of religion.”

“Religion is a very complex subject, spanning the whole spectrum of human behavior. It can be an ethical, exalted expression, but religion can also be a mind-control technique to subjugate the masses,” said Forte, who edited two  collections of essays in the late 1990s, “Timothy Leary — Outside Looking In,” and “Entheogens and the Future of Religion.”

“A lot of people in the 1960s had unitive experiences that informed their life in important ways.”

“Yet we also see all this fake New Ageism,” he added. “You hear a lot of cheerleading about the value of these drugs. … But where is our anti-war movement today? Where are the visions we had in the 1960s about transforming the world in more ecologically, sustainable ways? We’ve failed. Yet there are these people who think that by taking drugs and putting feathers in your hair and going to Burning Man you are somehow furthering this alternative culture.”

For visual artist Bill Ham, the man who more-or-less invented the psychedelic light show, it was a magical time of creative freedom. Ham is now 84 and still living in San Francisco, not far from Haight Street. He arrived as an art student in 1958 and began hanging out with the Beats, who gathered in coffeehouses and poetry venues in the city’s North Beach neighborhood.

Ham was among a small band of San Francisco beatniks and hippies who spent the summer of 1965 at the Red Dog Saloon in Virginia City, Nev., a old mining town about five hours east of San Francisco, on the other side of the Sierras.

Some fledgling musicians, including Dan Hicks, formed the Charlatans and became the Red Dog house band. Ham had just developed an art form he calls “light painting,” a kinetic abstract expressionism that used an overhead projector, layers of glass, oils, pigments and other liquids to project pulsating amoeba-like patterns of color onto walls and ceilings.

According to some rock historians, the Charlatans were the first psychedelic rock band. They returned to San Francisco and began performing with other fledgling groups in small clubs and dance halls and for free in Golden Gate Park. In the early years, there was little separation between the “performers” and “audience,” a connection that was intensified by psychedelic plants like marijuana and peyote, and later with powerful mind-altering drugs like LSD, which at high doses have the ability to blur the boundary between self and other.

In the early 1960s, Ham said, there was “this whole city of creative people,” including jazz musicians, artists, writers, dancers, avant-garde actors, and the early electronic music creators. “Then it got overwhelmed by the rock and roll scene,” he said, “because it turned out that was where the money was.”

America’s music critics discovered “the San Francisco sound” at the Monterey Pop Festival in the spring of 1967, a concert where the imported Texas blues singer Janis Joplin, the new frontwoman for Big Brother and the Holding Company, blew everyone away. That spring also saw the release of the hit pop song, “San Francisco,” with its famous lyric, “If you’re going to San Francisco, be sure to wear flowers in your hair.”

But the most influential musical release that spring was the Beatles classic psychedelic album, “Sgt. Pepper’s Lonely Hearts Club Band.” Those songs inspired millions of people around the world to experiment with psychedelic drugs and explore the mystical promises of Eastern religions like Buddhism and Hinduism.

Peace demonstrators fill Fulton Street in San Francisco on April 15, 1967, during a five-mile march through the city. The march ended at Kezar Stadium, where a peace rally was held. Groups came from Los Angeles and the Northwest to join in the march and rally. San Francisco City Hall is in the background. (AP Photo/Robert W. Klein)

This was all two years before the Woodstock nation gathered on Max Yasgur’s dairy farm in upstate New York.

All of the media attention focused on San Francisco and the 1967 Summer of Love attracted throngs of baby boomers to the Bay Area in the late 1960s and early 1970s.

It was not all peace and love.

Among the waves of psychedelic immigrants were hordes of troubled, runaway kids. Many found freedom, while others fell into drug addiction, sexual exploitation, and the worsening of pre-existing mental illness caused by the careless use of psychoactive drugs. “There were definitely casualties,” Ham said, “but when you compare it to Vietnam, we don’t have too much to apologize for.”

Photographer Gene Anthony, the author of a richly illustrated book, “The Summer of Love — Haight-Ashbury at its Highest,” captured many of the magical moments during the “Acid Tests” and the early gatherings of the tribe from which the soon-to-be-famous San Francisco rock bands would emerge.

“In some ways it did seem like a religious movement, but more in the communal and political sense. There wasn’t one charismatic leader,” Anthony said. “There were groups of people like the Mime Troupe and The Diggers, who were feeding the kids and trying to do something positive. There was the Free Clinic and a store where everything was free.”

Anything could happen. One Sunday in the summer of 1967, Anthony was standing at the corner of Haight and Masonic streets when a black limo pulled up and out popped George Harrison, the famous Beatle, with his wife, Pattie Boyd, both of them decked out in fashionable hippie garb.

Harrison would later reveal that he was not impressed with the scene in the Haight. “I expected it to be a brilliant place with groovy gypsy people,” he said, “but it was full of horrible spotty dropout kids.”

Starting in the fall of 1966, and continuing into the 1980s, laws were passed banning and increasing penalties for drugs like LSD and MDMA, known on the street as Ecstasy or Molly. Scientific research into beneficial uses of these compounds, which date back to the 1950s, was shut down in the 1970s and 1980s. Richard Nixon declared his “war on drugs,” and the “Just Say No” mantra of Nancy Reagan became the official federal drug policy.

Today, however, there is a growing appreciation of the potentially beneficial medical uses of still-banned, mind-altering compounds like, MDMA and psilocybin, the drug that puts the magic in magic mushrooms. Government-approved clinical trials are underway at UCLA, New York University and Johns Hopkins University in Baltimore in which these drugs, alongside psychotherapy, are used to help people suffering from depression, substance abuse and post-traumatic stress disorder.

Summer of Love exhibits have opened in San Francisco at the de Young Museum in Golden Gate Park and at the Mission Street offices of the California Historical Society.

(Don Lattin is the author of “Changing Our Mind — Psychedelic Sacraments and the New Psychotherapy,” published this spring. Find him at www.donlattin.com) 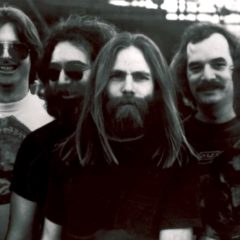 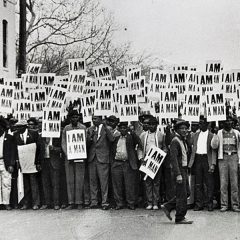 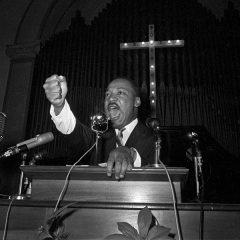 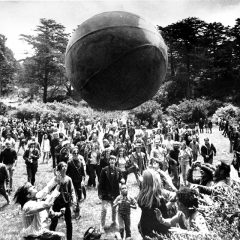 Opinion
‘Jesus People’ – a movement born from the ‘Summer of Love’ 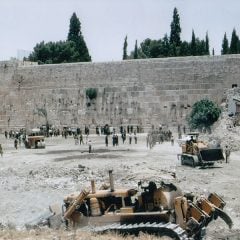 Opinion
What the Six-Day War meant for Jews and Christians
Follow us on Facebook!
Submit your photos to RNS