LAS VEGAS (RNS) — The title of the senior pastor’s first sermon since the mass shooting was a question many people struggled with all week.

“Where is God in the midst of tragedy?”

RELATED: In Las Vegas as before, spontaneous shrines bring healing after horror

Three different video screens inside Hope Church projected it in white letters superimposed on a gray image of some of the city’s biggest hotels. Below the screens, hundreds of congregants followed Senior Pastor Vance Pitman in search of an answer.

“We always know we need God,” he said, walking back and forth by an elevated slender podium, a microphone headset catching his every word. “But if there ever was a week when we really know we need God, this has been that week.”

Seven days ago — though most people here said it felt much longer — Stephen Paddock shot hundreds of people from the 32nd floor of the Mandalay Bay hotel before shooting himself. Fifty-eight people were killed — most of them tourists — and almost 500 were wounded.

In the intervening time, there have been calls for unity and calls for information as investigators still have no real insight into Paddock’s motives. There have been outpourings of donations and frustrations as everyone in this city — both residents and those passing through — seek some reason behind the chaos of last Sunday night.

RICHARD MOUW: You have been warned, Pat Robertson!

At the evangelical Hope Church, prayer was part of the answer. While electronic praise music thrummed, people bowed their heads and asked God to heal their community and to bring peace to the victims and their families.

“Evil may put up its strongest fight,” Pitman said, his words made all the more powerful by his Southern cadence. “But the cross has the final word.”

There were amens all around and the words from Psalm 46 were projected overhead:

God is our refuge and our strength, an ever-present help in trouble.

Therefore we will not fear …

On Saturday (Oct. 7), Jewish worshippers confronted the same questions at Temple Sinai, a Reform synagogue on the opposite side of town.

In the synagogue’s courtyard, under the palm frond roof of a temporary shelter known as a sukkah — part of Judaism’s annual Festival of Tabernacles — Rabbi Malcolm Cohen led a discussion of the Torah reading for the holiday, which includes Exodus 34.

“And yet you can’t get away from the fact that this city has been in the heart of a tragedy this week,” the rabbi continued. “How does God bring us out of the darkness?”

One white-haired woman in a blue shirt with gold studs around the neckline spoke up. “Why would God make a man think about doing that? Why would God let that happen?”

Cohen, his shoulders weary-looking under his white prayer shawl, turned to Kohelet (Ecclesiastes) 9,  handing out sheets fresh from the Xerox machine.

“Go, eat your bread in gladness, and drink your wine in joy,” he read aloud. “Whatever it is in your power to do, do it with all your might.”

Putting the paper down, the rabbi went on. “What we saw Sunday night was a tragedy. But we don’t know how much time we have been given on this planet, and we must make the best use of it. We must do what it is in our power to do and do it with passion.”

The woman with the blue shirt considered and then said, “Yes, but rabbi, that is hard.”

The rabbi agreed. And then he led the group in singing another section of Kohelet (Chapter 3), this one made famous by folk singer Pete Seeger and the band the Byrds.

The song died away to reveal the sound of a congregant weeping. Then there were blessings and a promise to meet again next week.

The desire to understand evil was not limited to Jewish and Christian congregations in Las Vegas.

On Sunday, at Chaiya Meditation Monastery, a compound of red and golden temples and buildings in the middle of another suburban part of the city, there were age-old Buddhist prayers for the dead.

About 40 members of the Laotian, Burmese, Thai and Sri Lankan community prayed with nine robed monks who flanked a temporary altar shrine bearing images of every person who was killed.

“We pray for those who pass away from this terrible shooting,” Kyiaya, the temple’s master monk who is from Myanmar, said before the chanting began. “All we can do is ask the holy the special favor to listen.”

Then the gathered clasped their hands in prayer and chanted in unison, transferring what they call their “merits” — chanting, praying and donating — to the dead so they may have peace.

“We always do this when tragedy happens,” Tin Yee, a temple member also originally from Myanmar, said afterward. “We pray for them because they are innocent people. Everybody feels sorry for them, but what can we do? It has already happened. What we can do is pray for them, give blood, make donations.”

The prayers, which lasted about half an hour, are the same that are offered when a member of their temple dies.

“This makes them part of our community,” she said. “We have that same sorrow for them and it comes from the bottom of our hearts.” 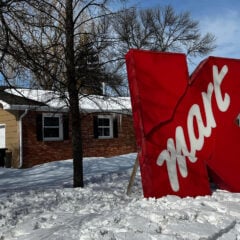