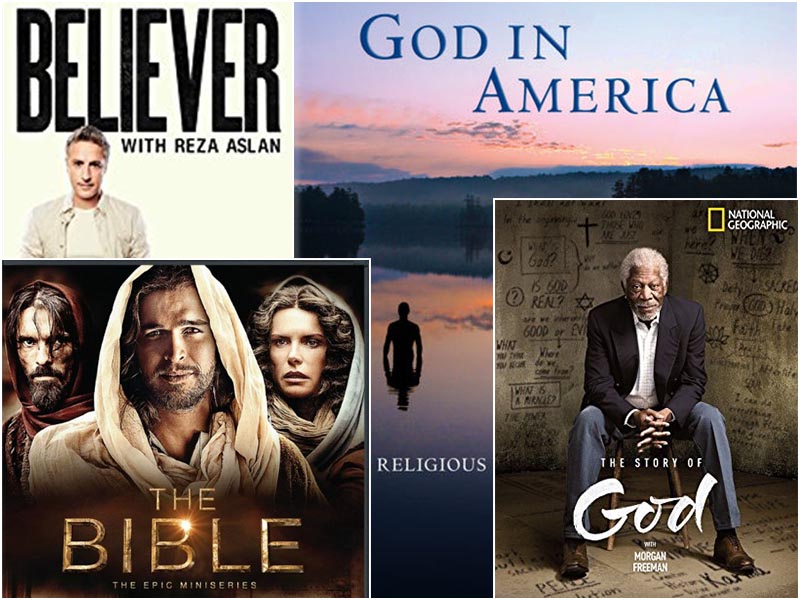 BOSTON (RNS) – Quick! The cameras are rolling! Cue the religion scholar to  compress centuries of religious history into a sound bite, elucidate complex theology in eight-word sentences — and guard against any stereotyping.

Religion scholars face such challenges when they comment on breaking news or serve as advisers to television and film producers.

Their goal is to ensure accuracy and avoid offense in media that portray the lives of the faithful and chronicle the impact of religious ideas, institutions and leaders.

But the role is a stretch and a risk for scholars.

Popular entertainment media stress “the opposite of what is rewarded in academia, where you burrow into arcane and narrow subjects,” said Boston University professor of religion Stephen Prothero, speaking on a panel at the recent American Academy of Religion's annual conference.

He served as an editorial adviser on the 2010 series “God in America.” It was structured to cover four centuries through 18 stories in 20-minute segments. The six-hour PBS series was well-received by TV reviewers and the general public, he said. But other scholars called it “simplistic and full of holes, triumphalist and irresponsible to contemporary scholarship.”

That’s legitimate but off target, said Prothero: “It’s like reading a haiku and saying, ‘Gee, it would be great if it were just two lines longer.’”

Loyola Marymount University professor of theological studies Amir Hussain has worked both in film and with many TV series, including Morgan Freeman’s “The Story of God.” He enjoyed Freeman’s look at diversity among and within religions, and generally finds TV series allow more time to develop characters, showing how traditions and practices are integrated into their lives. He offered the example of the series “Community,” in which “one of the college students just happens to be Muslim.”

Beyond the problems of minority stereotyping, advisers are on the lookout for errors. Hussain recalled an episode of “House” in which a faith healer cast out demons in the name of God.

"Hogwash! Evangelicals know very well that demons are only cast out in the name of Jesus,” Hussain said.

Candida Moss, theology professor at the University of Manchester, England, and consultant for the History Channel series “The Bible," spotted a blooper in a script where pregnant Mary assures Joseph that she “had not been with anyone else.”

No! Moss insisted. Dump the “else.” Mary was a virgin, remember?

Moss is a frequent CBS News commentator when religion is in the headlines. In her experience, she would rather face a live TV camera with just seconds to explain early Christian martyrdom, for example, than consult for shows and documentaries where “you have no control over how your comments will be edited.”

Still, the scholars agreed with AAR’s expanded mission statement “to enhance public understanding of religion” even when controversies loom.

The second year of writer-producer Reza Aslan’s CNN series “Believer,” exploring faith traditions around the globe, was abruptly canceled after Aslan called President Trump “a piece of s---” in a tweet that has since been deleted.

Aslan later tweeted that he understood CNN’s need to “protect its brand” but, he concluded, “I need to honor my voice.”

At the Boston meeting, Aslan, who has taught religion and writing at universities, said he still believes TV and film are valuable avenues where “you can transform the ways people think about religion.”

Related Posts
By Caitlin Yoshiko Kandil
'I have to find the Mecca of my heart': Muslims grieve as hajj is drastically limited
By Greg Garrett
What movies by and about African Americans can teach us in this hard present
By Nick Hall
After St. John’s, thinking differently about a president, a Bible and race
By Adelle M. Banks
Chicago preacher Otis Moss III uses film to honor Ahmaud Arbery, address racism
By Hind Makki
Coronavirus restrictions on mosques bring women to the fore